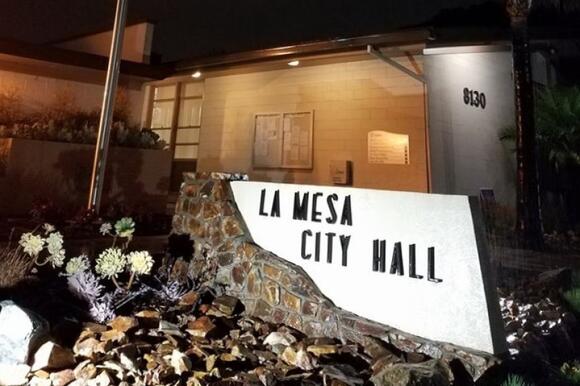 Mejgan Afshan, Kathleen Brand, Patricia Dillard, Laura Lothian, Michelle Louden and Jim Stieringer all qualified for the mail-only Nov. 2 ballot for the city's special election. The winner will finish the remainder of Weber's term, which ends in November 2022.

Weber left the council in April when she won the election to replace her mother, Shirley Weber, as the representative for Assembly District 79, after Shirley Weber was named Secretary of State last December.

Afshan was born in Afghanistan, and grew up in City Heights and La Mesa. She attended Grossmont College and graduated from San Francisco State University with a degree in international relations. She is a founder of the East County Justice Coalition and works as executive director of the civil rights group Borderlands for Equity. Afshan is part of the San Diego Immigrants Rights Consortium and the Racial Justice Coalition.

Brand is a licensed landscape architect and works in the urban division of the city of San Diego's Development Services Department. Born in Chicago, Brand is a graduate of the University of Wisconsin at Madison and has been a La Mesa resident for 21 years. She is on the La Mesa Community Services Commission, helped start the community garden at MacArthur Park, and has volunteered her time to create various programs at several La Mesa schools.

Dillard is a native San Diegan, and has been a La Mesa resident for 25 years. She has a master's degree in organizational leadership from Point Loma Nazarene. Dillard and her husband have three children and two grandchildren. Dillard has been a small business owner, working in sales, business development and customer service. She currently works as part of a mortgage company. She serves as vice chair of the La Mesa Community Police Oversight Board.

Lothian, a Southern Californian for 40 years, has two daughters and one son who attended La Mesa schools. She started her real estate business in La Mesa in 2002. Lothian has served as vice chair of government affairs for the Pacific Southwest Association of Realtors and is on the La Mesa Village Association board. Lothian was also on the city's Parking Commission for four years.

Louden is a behavioral analyst who said she hopes to bring a more community-focused perspective to Southern California politics. In her candidate statement, Louden said she looks at "investing in ourselves and our local communities to pull each other up... to be creative and think flexibly in order to move forward to a new future."

Ballots will be mailed to voters and can be left in-person at an official drop-off location in La Mesa starting Monday, Oct. 25, through Election Day, Tuesday, Nov. 2. In-person voting will be available at the San Diego County Registrar of Voters Office at 5600 Overland Ave., in San Diego. Ballots that are mailed must be postmarked on or before Election Day and received by the Registrar's office no later than Tuesday, Nov. 9, to be considered timely cast and counted.

Opinion: Your Say on how San Diego should handle gentrification

As more homes are wedged in and prices rise, communities will change.
SAN DIEGO, CA・10 HOURS AGO
San Diego Union-Tribune

Elo-Rivera criticized over his assertion that some oppose accessory units to keep certain people out of their neighborhoods
SAN DIEGO, CA・11 HOURS AGO
San Diego Union-Tribune

More than 300 people suggested names for the future park
VISTA, CA・7 HOURS AGO

Reputed experts who tout the safety of projects in wilderness areas may have credibility issues in an era of constant wildfires.
CALIFORNIA STATE・1 HOUR AGO
San Diego Union-Tribune

Opinion: We set out to chronicle the Latino experience in San Diego. These stories needed to be told.

San Diego County citizens' review board votes for reforms, to expand its authority

Column: Ethnic Studies courses are coming to CA high schools; it's a disservice to students to oppose them

Law to be shaped after one city of San Diego recently passed, and would also address safe storage for guns
SAN DIEGO, CA・1 DAY AGO
San Diego Union-Tribune

A county ban would follow the lead of the City Council. Local law enforcement officials report a sharp increase in confiscations of these guns.
SAN DIEGO, CA・1 DAY AGO

If the city somehow believes these vendors add anything to the ambiance of Balboa Park it is wrong.
SAN DIEGO, CA・2 DAYS AGO
San Diego Union-Tribune

Edgemoor gets nod as a top nursing home spot in U.S.