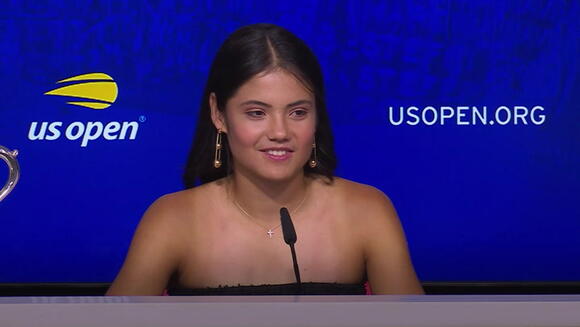 Brit Raducanu skidded to try and return Leylah Fernandez’s shot during the last game of the match which resulted in the 18-year-old’s knee bleeding.

At this point, Raducanu was leading by one set and five games to three in the second. Fernandez was on the verge of breaking her opponent when the break came in, with some claiming it had an influence on the match.

Roddick disagreed and tweeted: “Everyone trying to kill joy by overreacting to the stoppage in play to stop the knee bleeding, just stop …. It’s not even Emma’s call.

“They will not allow active bleeding while on court. Had to be addressed. Out of her control. This match won’t be defined by that. Just stop.”

Fernandez made her feelings known about how long the break took, having words with officials within earshot of Raducanu as she received treatment.

The match got back underway and the British star managed to win the game to claim the US Open . The teenager did so without dropping a set throughout the tournament, winning 20 in a row. 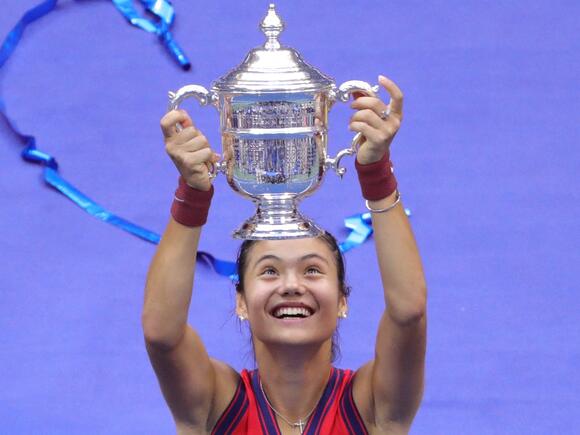 Raducanu became the first qualifier ever to win a grand slam title at only her second major tournament.

“I first started when I was a little girl but I think the biggest thing that you have visions of, for me it was just winning, the winning moment, and going to celebrate with your team in the box. That’s been playing in my head a couple of nights. I’ve fallen asleep to that.”

Andy Murray: Emma Raducanu's early exit at Indian Wells was just 'a little bump' - she will bounce back

Emma Raducanu’s early exit from the BNP Paribas Open was just “a little bump” in the road, according to Andy Murray, who emphasised that we cannot expect a fairytale from her every week. After the Cinderella act of New York, Indian Wells delivered more of a “Bambi’s mum” moment as...
TENNIS・6 DAYS AGO
firstsportz.com

‘They’ve been close the entire way,’ Andy Roddick speaks on Venus and Serena Williams’ relationship over the years

The Williams sisters ruled the tennis world for almost two decades. Venus and Serena Williams have won a total of 30 singles grand slams and have also won 14 doubles slams each. They are one of the most decorated sister duo in not just tennis, but sports in general. 2003...
TENNIS・5 DAYS AGO
firstsportz.com

Emma Raducanu set to feature at the upcoming Linz Open 2021

World No. 22 Emma Raducanu confirms her participation in the final tournament of the 2021 season, the Linz Open in Austria. The Linz Open 2021 will be the final WTA-250 tournament while also being the last week of action on the WTA Tour before the 2021 WTA Finals which are scheduled in Guadalajara, Mexico.
TENNIS・12 DAYS AGO

US Open champion Emma Raducanu to play in Austria next month

Emma Raducanu has added another tournament to her busy autumn schedule. The US Open champion, who will play her first tournament since her stunning New York triumph at the BNP Paribas Open in Indian Wells this week, has entered the Upper Austria Ladies Linz next month. Having taken three weeks...
TENNIS・13 DAYS AGO
caribjournal.com

Tennis greats including Andy Roddick and James Blake will be among the headliners at the return of the Baha Mar Cup charity tennis event in The Bahamas next month. The second edition of the Baha Mar Cup will include a Pro-Am Tournament, a tennis tournament, an auction and awards ceremony, along with a special dinner by celebrity chef Marcus Samuelsson at his new restaurant, Marcus and Baha Mar Fish + Chop House, among others.
TENNIS・12 DAYS AGO
firstsportz.com

‘Tim Henman offered me a lot of advice at the 2021 US Open,’ says Emma Raducanu

Emma Raducanu stunned the tennis world by winning the recently concluded 2021 US Open. Not only did the British girl win her maiden Grand Slam, but she also became the only qualifier in history to go all the way. Raducanu also won the tournament without dropping a single set, much...
TENNIS・12 DAYS AGO

Andy Murray has praised the ability of Emma Raducanu to take on board improvements rapidly, saying it’s a trait only the top players possess.The 18-year-old had only made her Grand Slam debut at Wimbledon earlier in the year and the US Open was only her second such appearance, but the Ontario-born Brit went the distance, seeing off Leylah Fernandez in the final.After that victory Raducanu has become the British No1 ranked player in women’s tennis and Murray has suggested her fast learning curve is what makes all the difference.“Often what separates the elite athletes from that level just below...
TENNIS・10 DAYS AGO
Tennis World Usa

Former world No. 1 Andy Murray believes Emma Raducanu benefited from the lack of competiiton during the pandemic since she had time to work on the technical aspect of her game. Raducanu, 18, stunned the tennis world this past US Open when he became the first ever qualifier to win a Grand Slam title.
TENNIS・8 DAYS AGO
Tennis World Usa

British tennis star Emma Raducanu has been confirmed for Linz, the tournament announced on Monday. Raducanu, 18, has now signed up to play four tournaments after her stunning US Open victory. Raducanu, who is enjoying a career-high ranking of No. 22 in the world, is set to return to action...
TENNIS・11 DAYS AGO
firstsportz.com

Emma Raducanu has become a name to reckon with in the world of tennis in no time. The 18-year-old took the world by storm after she thrashed several top-rated players, one after the other, and lifted the US Open 2021 title. Such was her domination that she did not drop a single set in the entire tournament.
TENNIS・11 DAYS AGO
Tennis World Usa

Virginia Wade: Emma Raducanu is first in every way you can think of

Former three-time Grand Slam champion Virginia Wade described Emma Raducanu's run to the US Open title as a "dream:" Raducanu, 18, became the first qualifier in tennis history to win a Grand Slam after beating Leylah Fernandez in the US Open final. “To think that she had to play 10...
TENNIS・11 DAYS AGO
Maxim

What I Learned From Playing Tennis With Andy Roddick

The former world No. 1-ranked tennis player can still smack serves into green blurs that whiz past like Howitzer rounds. On a recent Saturday at the Boston Athletic Club, I stand alongside seven tennis players as our coach for the day approaches. He wears black shorts, a white tennis polo and a black cap.
TENNIS・9 DAYS AGO
newschain

Former British number one Anne Keothavong says there was “not enough fire” in Emma Raducanu after the Briton’s first match as a grand slam champion ended in defeat in Indian Wells. The 18-year-old has had the best part of four weeks off since her stunning US Open victory last month...
SPORTS・8 DAYS AGO
Tennis World Usa

Emma Raducanu, 18, absolutely enjoyed returning to the hotel following her US Open victory and just sitting with her team, enjoying a nice meal and reflecting on the three weeks they had at Flushing Meadows. Raducanu, who was ranked at No. 150 at the time, won three qualifying matches and...
TENNIS・10 DAYS AGO
The Guardian

Kelicic: "Emma Raducanu can be a superstar"

2021 presented the extraordinary talent of Emma Raducanu to the tennis world. The young British star, just 18 year- old, managed to win the US Open starting from the qualifying rounds. Moreover, she did it without losing a single set not even in the final against the other rising star of women's tennis Leylah Fernandez.
TENNIS・10 DAYS AGO
BBC

Indian Wells: Emma Raducanu says it has been a 'very cool three weeks' since US Open win

Emma Raducanu says it has been "pretty cool" to receive the congratulations of other players at Indian Wells, but now is the time to get back to business. The US Open champion, 18, has a bye to the second round of the BNP Paribas Open in California as the 17th seed.
TENNIS・11 DAYS AGO
Tennis World Usa

Emma Raducanu: Players have been friendly to me in Indian Wells

World No. 22 Emma Raducanu has revealed that she has received a warm welcome by players at the Indian Wells Masters following her US Open victory. "It's really nice," Raducanu said of the congratulations of her peers. "All the players are very friendly. I'm still very new on the tour...
TENNIS・10 DAYS AGO