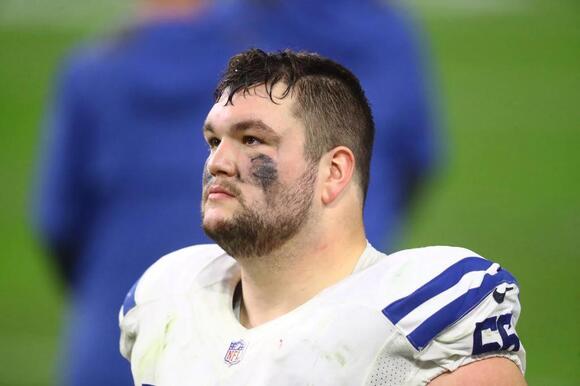 The Indianapolis Colts’ offense will be at full tilt for Week 1’s matchup against the Seattle Seahawks, as All-Pro guard Quenton Nelson has been given the green light to play.

ESPN insider Chris Mortensen reported the news of Nelson suiting up for the Colts’ season opener , as he joins new quarterback Carson Wentz in the lineup:

Both Wentz and Nelson suffered similar foot injuries during training camp , and it was believed that both of them would miss time in the regular season after they both underwent surgery. Furthermore, Nelson was dealing with back issues, as Mortensen cited in his Saturday report.

But all those setbacks seem to be behind Nelson and Wentz, at least for now.

While Indianapolis could’ve conceivably gotten by with backup QB Jacob Eason, as long as a heavy emphasis was on the Jonathan Taylor-led rushing attack, taking the field without Nelson against the Seahawks could’ve been ugly. 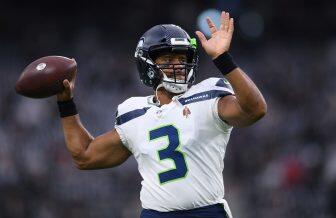 Wentz in particular has to be grateful for Nelson being ready to roll in the trenches. Ever since being drafted sixth overall in 2018 out of Notre Dame, Nelson has proven to be an elite player, earning first-team All-Pro honors in each of his first three NFL seasons.

The Colts’ success boils down to whether or not Wentz can return to his early-career form, where he looked like an MVP-caliber QB. His reunion with Indianapolis coach Frank Reich should help, but going head-to-head with Seahawks superstar Russell Wilson is not an easy first assignment for 2021.

Since he was dropped by the New England Patriots prior to the 2021 season, former league MVP Cam Newton has still yet to find a new NFL home. But some news from earlier this week could lead to a change on that front sometime in the very near future. On...
NFL・2 DAYS AGO
93.7 The Fan

Once upon a time, Cris Collinsworth was maybe the best analyst in the NFL. His detailed breakdowns of schemes were a welcome respite from the cliches that usually permeate throughout NFL telecasts, and it’s apparent he prepared for every broadcast. But just like players, broadcasters have their primes, too. Collinsworth...
NFL・4 DAYS AGO
The Spun

Seattle Seahawks head coach Pete Carroll revealed earlier today that the team reached out to free agent quarterback Cam Newton after Russell Wilson suffered his finger injury last week. As much as Seahawks fans hoped that they had a suitable replacement for Wilson on their roster with Geno Smith, their...
NFL・3 DAYS AGO
The Spun

The Indianapolis Colts started off this season on the wrong foot, but it appears they’re finally hitting their stride. Things could get even better for Frank Reich’s squad, especially since the Colts just received positive news regarding All-Pro offensive guard Quenton Nelson. Nelson suffered a high-ankle sprain in Week 3...
NFL・2 DAYS AGO

Check out odds, plays and more for the San Francisco 49ers vs. Indianapolis Colts NFL Week 7 matchup on October 24, 2021.
NFL・2 DAYS AGO
baltimorebeatdown.com

Scouting the Indianapolis Colts by the numbers

The Baltimore Ravens and Indianapolis Colts are relatively familiar with one another after squaring off in 2020. The Ravens were able to take control of the Colts in a knockdown, drag out game that saw a high level of physicality. In 2021, the Colts are off to a slow start,...
NFL・12 DAYS AGO
USA TODAY Sports Media Group

The Indianapolis Colts (1-3) hope to end the three-game winning streak of the Baltimore Ravens (3-1) on the road Monday night. Kickoff is Monday night at 8:15 p.m. at M&T Bank Stadium. Below, we look at the Colts vs. Ravens prop bet odds and lines, and make our best NFL picks, predictions and bets.
NFL・11 DAYS AGO
chatsports.com

Really wish I had something else to do tonight. Actually I do, I’m missing this one. But for those Pittsburgh Steelers fans who want to sit back and watch some AFC football to round out Week 5, join us!. Not much to say about this one, but on paper it...
NFL・11 DAYS AGO

The Indianapolis Colts have signed placekicker Michael Badgley. Their current kicker, Rodrigo Blankenship, is dealing with a hip injury that may preclude him from being available on Sunday. NFL Network’s Ian Rapoport reported the news via Twitter on Wednesday afternoon. Badgley, nicknamed “the Money Badger,” kicked for the Chargers from...
NFL・8 DAYS AGO
ESPN

BALTIMORE – The Indianapolis Colts needed a win. There’s no other way to put it because the start of their season has been filled with injuries and a brutal schedule against three teams that should be in playoff contention. The Colts knew it, too. They played like a desperate team...
NFL・10 DAYS AGO
The Independent

Lamar Jackson and the Baltimore Ravens overcame a 19-point deficit en route to a stunning 31-25 overtime victory against the Indianapolis Colts on Monday night.Despite being heavily favoured going into the game, the Ravens offence stuttered out of the gates as Indianapolis drew first blood through a 76-yard touchdown pass from Carson Wentz to Jonathan Taylor.After both sides only managed a field goal in the second quarter, the Colts began the second half in similar fashion to the first with Wentz finding Michael Pittman in the end zone to put the visitors up 16-3.WALKOFF TOUCHDOWN!Back in action Sunday at 1...
NFL・10 DAYS AGO
playerprofiler.com

Advanced stats and analytics will be utilized to identify favorable matchups and players to avoid. The purpose of this article is to paint a picture of how the teams play and matchup with one another in less than 1,000 words. As the season continues, less emphasis will be put on...
NFL・11 DAYS AGO

The Houston Texans (1-4) are on the road in Week 6 to try and snap their four-game losing skid against the AFC South rival Indianapolis Colts (1-4). Their game kicks off Sunday at 1 p.m. ET at Lucas Oil Stadium. Below, we look at the Texans vs. Colts odds and lines; check back for our NFL picks and predictions.
NFL・10 DAYS AGO
CBS Sports

49ers' Jimmy Garoppolo will likely be cleared to play Week 6 vs. Colts, but will it matter?

Rookie Trey Lance will make his first NFL start Sunday for the 49ers after a shaking outing replacing Jimmy Garoppolo in Week 4. Sources said Garoppolo's calf injury has roughly a 70% chance of healing enough to allow him to take over the reigns in Week 6, but Lance could certainly render that less significant if he shines today.
NFL・12 DAYS AGO
Sportsnaut

WATCH: Indianapolis Colts get screwed out of 98-yard touchdown

The Colts started off preparations for the San Francisco 49ers with some good news Wednesday, with left guard Quenton Nelson, defensive end Dayo Odeyingbo and wide receiver Dezmon Patmon all returning to practice. Nelson was placed on injured reserve after the Colts' Week 3 loss to the Tennessee Titans, requiring...
NFL・2 DAYS AGO
houstontexans.com

Well, well, well, we meet again. It's the Colts and the Texans for the first time in 2021 and if history's our guide on such a rivalry, buckle up, Sparky, because this one is going down to the final gun. Take a look at recent history. 2020 - Texans fumbled...
NFL・8 DAYS AGO
USA TODAY Sports Media Group

Indianapolis Colts left guard Quenton Nelson is eligible to return from the injured reserve list this week, and the team is hopeful he will be able to play against the San Francisco 49ers in Week 7. In speaking to reporters Monday, head coach Frank Reich said the decision hasn’t been...
NFL・3 DAYS AGO
chatsports.com

INDIANAPOLIS — The Colts are going to have to monitor the health of two key pieces on offense this week. Veteran wide receiver T.Y. Hilton provided a spark on Sunday but suffered a quadriceps injury on his final catch of the game, and All-Pro left guard Quenton Nelson will be eligible to come off injured reserve this week as Indianapolis gets ready to take on San Francisco on “Sunday Night Football.”
NFL・3 DAYS AGO
WIBC.com

Should The Colts Move Quenton Nelson To Left Tackle?

INDIANAPOLIS – Jeff Saturday laughs at the notion that some Colts fans would like to see happen. With Eric Fisher still trying to play himself back into game shape, the Colts have not had the same reliability at left tackle, mainly in the pass protection game. So with the return...
NFL・2 DAYS AGO