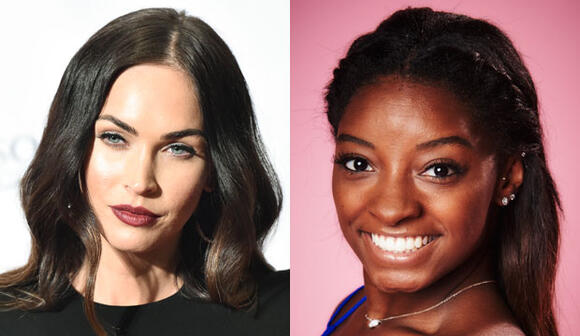 Barker won’t just be presenting during the show. He was also announced as a performer at the event. He’s teaming up with Machine Gun Kelly for their collaboration “Papercuts.” Barker is perhaps best known as a member of the band Blink-182 , with whom he won Best Group Video at the 2000 VMAs for “All the Small Things.”

Other past VMA winners for their group work are McClean (two-time winner with the Backstreet Boys ) and Bass (seven-time winner with NSYNC ). Meanwhile, Eilish is not only a past VMA winner, but also a current nominee. She’s up for six awards including Best Pop for “Therefore I Am” and Best Direction for “Your Power,” which she directed herself.

The VMAs will be hosted by Doja Cat , who is also a performer and a nominee, up for six awards including Video of the Year (“Kiss Me More”) and Artist of the Year. The A-list roster of performers also includes Justin Bieber , Olivia Rodrigo , Lil Nas X , Camila Cabello , and many more. Who are you most excited to see at the VMAs? And who do you think deserves to win?

PREDICT the MTV Movie and TV Awards now; change them until September 11

Be sure to make your MTV Video Music Award predictions so that music executives and top name stars can see how they’re faring in our odds. Don’t be afraid to jump in now since you can keep changing your predictions until the weekend of the awards. Download our free and easy app for Apple/iPhone devices or Android (Google Play) to compete against legions of other fans plus our experts and editors for best prediction accuracy scores. And join in the fierce debate over the VMAs taking place right now with Hollywood insiders in our music forums . Read more Gold Derby entertainment news .

Beyoncé, Taylor Swift and 25 More of the Richest Women in Music

Women rule the world — including the music industry. In addition to having powerful pipes, many of the most talented ladies in music write their own songs, serve as professional dancers, are accomplished actresses and even have their own businesses. Read More: The Richest Celebrity From Every State Follow Along: 31 Days of Living Richer Hard work and serious talent has allowed these ladies to become both famous and incredibly wealthy. Even within the realm of the most prosperous female artists, some stand out from the crowd. GOBankingRateas analyzed data from Celebrity...
MUSIC・15 DAYS AGO
Footwear News

Simone Biles brought a sleek take on her versatile style for an interview on “Jimmy Kimmel Live!” The 24-year-old Olympian appeared on the late-night show in a strapless black jumpsuit. The garment featured a wide-leg silhouette, while also proving ideal for layering. Biles paired the chic piece with a pair of crop earrings, which indulged several natural pearls on thin gold chains. For shoes, the award-winning gymnast wore Cinderella-worthy clear sandals. Her footwear featured transparent block heels that appeared to total at least 3 inches in height, as well as clear PVC toe and slingback straps. The “glass slipper” shoes transformed her outfit...
BEAUTY & FASHION・27 DAYS AGO
WWD

The Most Unforgettable Celebrity Halloween Costumes of All Time

Click here to read the full article. Spooky season is here once more, which means celebrities are ready to impress with their elaborate costumes. Though Halloween festivities were largely put to a halt last year due to the ongoing COVID-19 pandemic, fans are eager to see what ensembles their favorite celebrities are conjuring up.More from WWDThe Most Unforgettable Celebrity Halloween CostumesThe Top Searched Celebrity Halloween Costumes of 2021A Look at Kim Kardashian West's Best Fashion Moments Some big stars have already brought out their A-game for costumes recently at parties — including at Doja Cat’s under-the-sea-themed birthday bash last week — or...
BEAUTY & FASHION・19 HOURS AGO
Footwear News

Olivia Rodrigo proves it is easy being green. The “Good 4 You” singer looked effortlessly cool as she walked onto the set of “Jimmy Kimmel Live!” in Los Angeles yesterday. The 18-year-old was Gen-Z-chic in a shiny bright green midi skirt with a plaid corset in green, blue, yellow and red. The top featured a black lace trim as well as matching ribbon straps. Rodrigo kept up the color consistency with her lime green hair ties, which were tied nicely into a bow shape. She accessorized with a colorful statement charm necklace that matched her metallic handbag from the Marc Jacobs Heaven...
LOS ANGELES, CA・16 HOURS AGO

Billy Porter is “free of shame.” In his new memoir, Unprotected, the 52-year-old shares the darker side to his seemingly picture-perfect life as the star of FX‘s Pose and Kinky Boots on Broadway. He told USA Today that he began unpacking the trauma he suffered, including his stepfather raping him...
CELEBRITIES・8 DAYS AGO
Elite Daily

When the December 2020 issue of Vogue hit stands with Harry Styles wearing a Gucci jacket and full-length dress on the cover, it garnered so much attention. Fans were quick to praise Styles for his fashion choice, and for defying gender norms when it came to clothing. Nearly one year after Styles became the first male to make the cover of Vogue solo, people still have something to say. According to Billy Porter, when it comes to gender fluidity and fashion, Styles was not the first person to break boundaries.
BEAUTY & FASHION・8 DAYS AGO
thefocus.news

Billy Porter has criticized Vogue for putting “straight White man” Harry Styles on their cover in a dress. The “Pose” actor — who famously caused a stir at the 2019 Oscars with his custom Christian Siriano tuxedo gown — insisted he “changed the whole game” when it came to the trend of men experimenting with skirts but thinks the fashion bible chose the wrong person to embrace non-binary fashion with their December 2020 cover.
BEAUTY & FASHION・8 DAYS AGO

Billy Porter Calls Out 'Vogue' For Harry Styles Dress Cover: 'All He Has To Do Is Be White And Straight'

There is no doubt that when it comes to gender-bent fashion on the red carpet, Pose star Billy Porter has become a household name. But in a new interview, the 52-year-old Tony, Grammy and Emmy winner wonders why he isn't being given more credit for his work in the fashion world.
BEAUTY & FASHION・9 DAYS AGO
Soompi

The 2021 MTV Europe Music Awards (EMAs) has officially announced this year’s nominees!. BTS has been nominated for four different awards this year, including Best Group, an award they have swept for the past three years. This year’s other nominees for Best Group include Imagine Dragons, Jonas Brothers, Little Mix, Måneskin, and Silk Sonic.
MUSIC・7 DAYS AGO
ramaponews.com

“He is the image of a new era,” Gucci’s Alessandro Michele said of Harry Styles for Vogue in November 2020, “of the way that a man can look.”. Michele’s assessment of Styles’ cultural impact, especially in the world of fashion, is one that many pop culture followers agree with heavily. None so much as his dedicated fan base, who look up to Styles for his action of breaking traditional roles of masculinity.
BEAUTY & FASHION・1 DAY AGO
Us Weekly

Fang-tastic. Like flared jeans and choker necklaces, vampires always come back in style eventually. It’s no surprise — especially when Hollywood keeps finding such great actors to play them. Megan Thee Stallion revealed that she has a soft spot for vampire TV shows in July 2021, tweeting that she loved...
TV SHOWS・1 DAY AGO

Simone Biles and Suni Lee have every reason to see one another as fierce competition, given their elite status as Olympic champions. However, they have shared supportive statements about one another over the past few years, suggesting they might truly be friends with one another. As her USA Gymnastics bio...
GYMNASTICS・14 DAYS AGO
kosu.org

Billy Porter makes peace with himself: 'I set myself free, honey. No more secrets'

Actor Billy Porter grew up in Pittsburgh, immersed in the Pentecostal church and convinced that he would be damned for being gay. It wasn't until he was introduced to the world of theater in sixth grade that Porter began to imagine a different future. Theater, he says, "cracked open a...
CELEBRITIES・8 DAYS AGO
TODAY.com

Ariana Grande does Celine Dion impression on 'The Voice,' much to Kelly Clarkson's delight

It’s always a treat when Ariana Grande pulls out her Celine Dion impression!. Grande did a quick impersonation of Dion on “The Voice” Monday, proving that she can imitate the iconic singer’s spoken voice as well as her singing. It happened after contestant Xavier Cornell sang “Teenage Dream” by Katy...
CELEBRITIES・22 DAYS AGO
WWD

Beyoncé brought her standout style to the premiere of Netflix’s new film, “The Harder They Fall.”. The music icon attended the film premiere Wednesday night in London wearing a custom look by Kosovo-based fashion designer Valdrin Sahiti. The formfitting black dress was designed with silk and velvet and featured a plunging neckline and asymmetric sculptural bustier.
CELEBRITIES・20 DAYS AGO

Megan Fox recently told Alexa that she’s “proud” of the 2009 film Jennifer’s Body because it helped so many girls come out of the closet. She told the outlet, “I can’t tell you how many girls, from 30 down into their teens — or, f–k that, my age, too — come up to me and are like, ‘I realized I was gay because of you,’ or ‘I felt comfortable coming out because of you,’ because of Jennifer’s Body and the interviews I did about being bisexual before it was cool.”
CELEBRITIES・7 DAYS AGO
Footwear News

Kourtney Kardashian continued her edgy streak as she grabbed dinner with Travis Barker and Kendall Jenner this week. Stopping by Zero Bond in New York on Thursday night, the Poosh founder opted for her new go-to outfit combination: all-black monochrome. The look came courtesy of Rick Owens and Gucci, layering a cutout mesh shrug over a coordinating little black bralette and skirt with a fuzzy bag to match. On her feet, Kourtney tapped one of this year’s biggest up-and-coming brands, Gia Borghini. A collaboration with model Rosie Huntington-Whiteley, the square-toe boots featured sleek black leather uppers and a rubber tap heel measuring...
BEAUTY & FASHION・12 DAYS AGO
Complex

Though they became official in 2020, Megan Fox and Machine Gun Kelly had their first interaction years before. MGK recalled the exact moment during their appearance on GQ’s The Couples Quiz, where they grilled each other on a wide range of topics including their favorite movies, extensive tattoo collections, and bucket lists.
CELEBRITIES・14 DAYS AGO