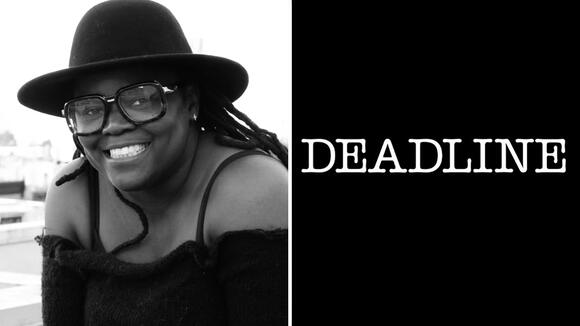 Deadline has hired Valerie Complex as its new Associate Editor/Film Writer. The longtime freelance writer covering the film industry arrives from Gizmodo, where she was an editor at the company’s genre vertical io9.

Complex, based in New York, will take on several roles as Deadline continues its editorial expansion, working closely with the film team lead by Co-Editor in Chief Mike Fleming Jr, and joining the editor desk as well as our reviews department. She kicked the latter off Thursday by penning Deadline’s review of the Toronto Film Festival opener Dear Evan Hansen . She also is a member of this year’s TIFF Platform jury.

As part of Complex’s aim to help give voice to marginalized communities in the entertainment and media industries, she will also team with Deadline’s Senior TV Reporter Rosy Cordero as co-host of Deadline’s award-winning New Hollywood podcast.

An avid lover of Japanese animation, comics and all things film, Complex has previously had bylines in Variety , THR, Collider , Harper’s Bazar and at Condé Nast. She also has a graphic-novel book deal.

“Valerie is a graceful writer with a bold voice and we are eager to see her flourish on the Deadline platform,” Fleming said Friday.

Complex can be reached at vcomplex@deadline.com

EXCLUSIVE: With his latest film The Harder They Fall bowing in theaters today, Emmy-nominated actor Jonathan Majors isn’t looking to slow down anytime soon. He is now set to star in Magazine Dreams, the new bodybuilding drama from Elijah Bynum. Bynum is writing and directing, with Majors also set to serve as an executive producer on the project under his Tall Street Productions. The script was included on the 2020 Black List. The film follows an amateur bodybuilder who struggles to find human connection in the exploration of celebrity and violence. Nightcrawler producers Jennifer Fox and Dan Gilroy are on board to produce....
MOVIES・4 HOURS AGO
Deadline

EXCLUSIVE:  Producers Charlie Matthau and Michael Zoumas have secured the rights to Alyson Noël’s upcoming 2022 Simon & Schuster novel, Field Guide to the Supernatural Universe. The book is best described as a cross between Stranger Things and Rick and Morty. Set in Glimmerville, a small town known for its incessant fog and enchanted pies, Field Guide follows a boy who longs to be normal, but must rely on his suppressed supernatural abilities to defeat an unearthly nemesis and save his town. Noël is the No. 1 New York Times bestselling, award-winning author of 23 novels including: The Immortals, The Riley Bloom...
MOVIES・1 DAY AGO
Deadline

Peter Scolari, the prolific television and stage actor who found instant fame and a lifelong friendship with Tom Hanks when the two co-starred in the hit 1980 TV comedy Bosom Buddies, died early Friday morning following a two-year battle with cancer. He was 66. His death was announced by Ellen Lubin Sanitsky at Wright Entertainment. Scolari’s 43-year show business career included such highlights as his Emmy-nominated series regular role of producer Michael Harris on Bob Newhart’s 1984-90 comedy Newhart, an Emmy-winning recurring role as the father of Lena Dunham’s character on HBO’s Girls, and, most recently, his role as Bishop Thomas Marx...
CELEBRITIES・4 HOURS AGO
Laredo Morning Times

Actor, writer, director and trans icon Isabel Sandoval wants trans characters in film and TV to be layered, complex and multidimensional. Speaking to Variety during the BFI London Film Festival, where she is the president of the first features jury, the Philippines-born, U.S.-based Sandoval said that a lot of studios and producers relegate trans characters to the periphery.
MOVIES・7 DAYS AGO

All products and services featured by Variety are independently selected by Variety editors. However, Variety may receive a commission on orders placed through its retail links, and the retailer may receive certain auditable data for accounting purposes. Some people’s lives are so extraordinary it would feel remiss not to memorialize their stories on the page. When it has a real-life Hollywood ending, even better. Some of the most captivating celebrity memoirs have been published in the last couple of years, with many making their way to the top of dozens of best-seller lists. The latest to join the ranks is Billy Porter’s...
BOOKS & LITERATURE・2 DAYS AGO
Hello Magazine

Celine Dion left fans heartbroken as she announced a devastating health update that ultimately led to some very sad news. The singer shared a statement on her Instagram where she revealed that due to unfortunate developments in her health, the opening of her new Las Vegas residency would be delayed.
CELEBRITIES・3 DAYS AGO
WJW FOX 8 News Cleveland

(WJW) — Child actor Matthew Mindler committed suicide using a product purchased on Amazon, TMZ reports. TMZ reports Mindler’s cause of death was sodium nitrate toxicity. His death was ruled a suicide. Mindler, who was a student at Millersville University in Pennsylvania, was found dead near campus in August. Mindler, a first-year student at Millersville, […]
CELEBRITIES・7 DAYS AGO
HipHopDX.com

50 Cent’s latest STARZ television series, Black Mafia Family, is in full swing, but some former members of the drug trafficking and money laundering empire aren’t that excited about it. Rapper Bleu DaVinci, who was the sole artist on the BMF Entertainment label in the early 2000s, warned 50 Cent...
CELEBRITIES・2 DAYS AGO

Raven-Symoné Admits She Broke Up With Her Now-Wife Miranda Maday 8 Yrs. Ago Before 2020 Wedding: ‘I Messed Up’

Raven-Symoné & Miranda Maday’s love story is tumultuous, but Miranda revealed on the HL podcast she ‘always knew’ that Raven was ‘her person.’. Raven-Symoné and Miranda Maday’s love story goes quite far back, when the two met several years ago at a karaoke event and locked eyes. “I just walked up I was like, ‘Hi, how are you? Nice to see you, pretty eyes.’ And we actually didn’t leave each other’s side for like a good week or two after that,” Raven recalled on the HollywoodLife Podcast. The actress was planning a move to New York shortly after the two met and invited Miranda, a social media manager, to join her. However, it was just a short time later that the now-married faced a hiccup in their fairytale. “Sometimes you live in your child’s brain for so long until that right person comes along and shakes you out of your normal programming, and I couldn’t take it because I’m a wreck. So I broke up with her, and she was mad at me for good,” Raven recalled.
CELEBRITIES・1 DAY AGO
realitytitbit.com

Best known for appearing on Basketball Wives LA, Angel Brinks is a fashion designer and businesswoman as well as a reality TV star. She first rose to fame on Basketball Wives LA season 4 as she dated NBA player Tyreke Evans. Now, it appears that Angel has moved on with someone new and is settling down already! Let’s find out more about the 38-year-old boutique owner…
CELEBRITIES・2 DAYS AGO
Hello Magazine

When he's not on screens, Good Morning America host Michael Strahan can be found at his luxurious New York home – and on Wednesday he gave fans a look inside the kitchen. The star was treating his adorable dog Enzo, but we ended up getting distracted by the stunning marble-top counters that made up one side of his open-plan kitchen. The camera angle in the first shot only caught one side of the room, allowing fans peeks at his counters, cupboards and what resembled an oven with a grill underneath. And of course, the very large jar of biscuits that was in the corner!
NFL・2 DAYS AGO
Hello Magazine

Rob Lowe has taken to Instagram with some heartbreaking family news. The 57-year-old was met with an outpouring of support from fans as he made his sad announcement. Rob - who shares two sons with wife Sheryl - shared a snapshot of his beloved dog Wayne and wrote: "In Memoriam…
CELEBRITIES・8 DAYS AGO

Elton John was forced to postpone his Farewell Yellow Brick Road tour until 2023 after a fall on his hip that requires surgery, and in a new interview the star has opened up about how he came to the decision. Speaking on BBC Radio 5 Live, he explained: "I'm a...
CELEBRITIES・12 HOURS AGO
Insider

"Too Hot to Handle" star Harry Jowsey has apologized after footage emerged of him calling YouTuber James Charles a homophobic slur in podcast audio.
CELEBRITIES・2 DAYS AGO
Extra

“Extra” spoke with Brandy, Eve, Nadine Velazquez, and Naturi Naughton as they promoted their new series “Queens.”. Brandy opened up about the pressures of making the show. Calling Eve a “legendary rapper,” she said, “I’m rapping with a real rapper.”. “Queens” premieres October 19 on ABC.
TV & VIDEOS・2 DAYS AGO
SFGate

Based on a true story, Quaid stars as Doug White, who’s forced to fly a plane after the pilot dies unexpectedly mid-flight. The movie is the latest production from MGM’s Lightworkers — the company, founded by Roma Downey and Mark Burnett, is behind “The Bible” miniseries and MGM and Paramount’s contemporary “Ben-Hur” adaptation. Downey will produce the movie alongside Autumn Bailey-Ford, with Burnett serving as an executive producer. Directed by Sean McNamara from a screenplay by Brian Egeston, “On a Wing and a Prayer” is currently in production and slated for release on Aug. 31, 2022.
MOVIES・10 DAYS AGO
Outsider.com

‘The Andy Griffith Show’: The Mystery Actor Who Hasn’t Been Identified After Appearing 26 Times on Show

The many characters who populated the fictional town of Mayberry in “The Andy Griffith Show” are very well known to fans of the beloved show. And in the majority of cases, the actors and actresses behind those characters are also very well known. For example, actor Hal Smith as the character Otis Campbell and actress Betty Lynn as Thelma Lou both come to mind.
CELEBRITIES・1 DAY AGO
Insider

The "Halloween" production designer previously said he bought a Captain Kirk mask while looking for something scary for Michael Myers to wear.
CELEBRITIES・2 DAYS AGO
hotnewhiphop.com

50 Cent's latest television series to take off has been BMF, which is based on the real-life story of brothers Demetrius "Big Meech" Flenory and Terry "Southwest T" Flenory. The two ran one of the country's most notorious drug enterprises, Black Mafia Family, out of Detroit. Many rap acts, including Jeezy, were involved with the group, and now there's a whole show depicting what went down behind the scenes with the Flenory brothers.
TV & VIDEOS・5 HOURS AGO
Hello Magazine

Kevin Bacon and Kyra Sedgwick have been married since 1988 – and the couple proved they are more in love than ever during a rare date night on Tuesday. The lovebirds put on an amorous display during a special screening of Kenneth Branagh's Belfast in New York City, cosying up to each other as they smiled sweetly for the cameras. Kyra looked gorgeous in her off-duty style, rocking a wild animal print jacket with a grey sweater and black skinny pants.
CELEBRITIES・2 DAYS AGO