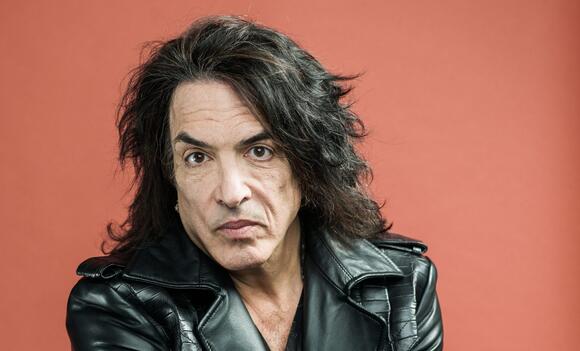 Paul Stanley, best known as rhythm guitarist and co-lead vocalist along with Gene Simmons for the rock band Kiss, has a net worth of $200 million, Celebrity Net Worth reported. Rock Celebrities notes that Stanley is the second wealthiest member of Kiss, with Simmons leading the pack with $400 million .

Known as the Starchild, Stanley founded Kiss with Simmons, Peter Criss and Ace Frehley in 1973. Most of Stanley’s wealth comes from the band’s record sales and concert revenue, as well as solo and side projects, including a band called Soul Station, which pays tribute to the greatest artists and songs in R&B and soul, according to Rock Celebrities.

In 2019, Kiss launched its End of the Road World Tour, which the band says marks the end of its time together onstage. The North American leg of the tour had grossed $58.7 million for the band by May of that year, according to Billboard, with all but five dates grossing more than $1 million. After a pause in performances due to the pandemic, the tour resumed in August and will run through July 2022, according to The Hollywood Reporter.

Over the years, the band has earned more than $300 million for concert tours, Billboard reported.

See: 28 of the Highest-Grossing Concert Tours of All Time
Find: Businesses You Didn’t Know Your Favorite Celebrity Owns

Stanley has other business ventures with Kiss co-owner Gene Simmons. He owns a portion of the L.A. Kiss Arena Football League team and a stake in the Rock & Brews restaurant chain with Simmons.

A painter, writer, music producer and erstwhile Broadway actor, starring as the Phantom in Andrew Lloyd Webber’s “The Phantom of the Opera” in 1999, Stanley will undoubtedly continue his creative pursuits even as Kiss stops touring.

This article originally appeared on GOBankingRates.com : How Rich Is Paul Stanley?

I met Paul Stanley in Columbia SC in the late 1980s. He commented on my stainless steel watch in a bar. He was wearing a similar watch - but in platinum. We chatted a minute & then he was off to meet with friends. Nice guy!

Paul Stanley is such a gentleman ! I was given 2 front row center tickets in 1996 by Paul's personal bodyguard his name was Eclipse and he was HUGE also a very nice guy ! Paul invited me backstage at the end of the show... it was an awesome experience that I'll always treasure !

Some of you people act like you're still in grade school !! No wonder kids bully each other with people like you raising them !!

Beanie Babies were a hit in the 1990s, and collectors now pay huge sums, especially if they’re in mint condition. Here’s a look at the top 10 most expensive.
SHOPPING・6 HOURS AGO
GOBankingRates

Social Security Benefits Might Get Cut Early — What Does It Mean for You?

Last week's news that Social Security benefits could be slashed sooner than expected set off alarm bells for Americans whose retirement plans have already been disrupted by COVID-19. But financial...
EDUCATION・13 HOURS AGO
GOBankingRates

Every month, Costco releases its warehouse savings coupon book which features discounts on the store's already low prices. This month, Costco members can save hundreds of dollars on laptop and desktop...
SHOPPING・17 HOURS AGO
iHeartRadio

Stanley wrote in a statement that he is "numb" after Fran Stueber's sudden passing.
PUBLIC HEALTH・5 DAYS AGO

Judas Priest frontman Rob Halford revealed he successfully battled prostate cancer during the pandemic. He told Consequence, "I had my little cancer battle a year ago, which I got through and that’s in remission now, thank God. That happened while we were all locked down, so things happen for a reason as far as time sequence of events. I have nothing but gratitude to be at this point in my life, still doing what I love the most."
CELEBRITIES・6 DAYS AGO
wcsx.com

Paul Stanley and Gene Simmons broached the topic of “cancel culture” during a KISS VIP event in Austin, Texas on September 29. In the video below, Simmons was asked by a host of the Star Wars podcast The Bombadcast if he was a fan of the Disney+ series The Mandalorian, since he was a fan of the Star Wars saga. He responded saying it’s “one of the best shows on TV.” When asked what he thought of the show’s second season, he added, “They should have kept the chick, even though she had different political [views]. It’s not about politics; it’s about whether you’re a good actress.”
CELEBRITIES・15 DAYS AGO
DoYouRemember?

They’re both masters of makeup, though in very different styles. Gene Simmons is the famous elaborately-painted face of the rock band KISS, and his daughter has followed in his footsteps in some surprising ways, with her own personal twists. Get to know Sophie Tweed-Simmons here. Known also as simply Sophie...
MUSIC・4 DAYS AGO
Audacy

Francis Stueber, the longtime guitar tech for Paul Stanley, has passed away due to COVID-19. Stanley shared the news of Stueber’s passing on his Twitter account. “My dear friend, buddy and guitar tech for 20 years, Fran Stueber died yesterday suddenly of Covid,” Stanley wrote. “Both on and offstage I...
PUBLIC HEALTH・4 DAYS AGO

Welcome to parenthood. Amanda Knox announced the arrival of her first child with husband Christopher Robin on Friday, October 22. The couple kept the birth of their daughter, Eureka Muse Knox-Robinson, under wraps due to privacy concerns — until now. “I will say I’m excited to not have to keep pretending not to be a mom. ‘Cause it’s like, my brain is just there,” Knox, 34, told The New York Times on Friday.
CELEBRITIES・1 DAY AGO
thefocus.news

Singer Tommy DeBarge, a member of R&B band Switch, has died aged 64. As the news of his death is shared online fans have wondered about Tommy DeBarge‘s wife and marriages. Switch vocalist and guitarist Tommy DeBarge’s first wife was Yolanda Payne, who was fondly known under the nickname Duck/Ducky.
CELEBRITIES・1 DAY AGO
TVShowsAce

This may ruffle some feathers over at ABC. Dancing With The Stars pro dancer Lindsay Arnold recently accused the show’s judges of having a hidden “agenda.” Fans agree that the judges seem extra critical this year, but Lindsay believes there may be hidden motives. The dancer posted a vlog after...
CELEBRITIES・13 HOURS AGO
Hello Magazine

Lara Spencer's fans plead with her following update on her show

Lara Spencer got a mixed reaction from her social media followers when she shared what she thought was exciting news. The popular Good Morning America host took to Instagram and shared a photo of herself filming, Everything But the House, but her fans were let down when they thought she was shooting something else.
TV & VIDEOS・1 DAY AGO

There are plenty of alternatives to Bitcoin and other big-name cryptocurrencies. If you’re ready to invest in some crypto, consider these affordable options.
MARKETS・13 HOURS AGO
Us Weekly

Coparenting champs. Ryan Phillippe and Reese Witherspoon‘s son Deacon Phillippe is officially an adult, and the Big Sky star gave his ex-wife a shout-out on his son’s birthday. “Happy 18th birthday to our gorgeous, smart, talented, and caring son,” Ryan, 47, shared via Instagram on Saturday, October 23, alongside photos...
RELATIONSHIPS・6 HOURS AGO
Hello Magazine

Elton John was forced to postpone his Farewell Yellow Brick Road tour until 2023 after a fall on his hip that requires surgery, and in a new interview the star has opened up about how he came to the decision. Speaking on BBC Radio 5 Live, he explained: "I'm a...
CELEBRITIES・1 DAY AGO
TVShowsAce

‘RHOBH’ Star Thinks Fans Never Got To See The Real Her

Teddi Mellencamp is the latest reality television star to admit that reality tv is not always reality. No, the RHOBH star is not claiming things are staged. Of course, there are plenty who claim exactly that. However, when it comes to the Real Housewives of Beverly Hills star, it’s more...
CELEBRITIES・15 HOURS AGO
Hello Magazine

Nicolas Cage and his fifth wife Riko Shibata celebrated a big milestone this week – eight months after they tied the knot in Las Vegas. Nicolas and Riko – who at 27 is 30 years younger than the Hollywood star – posed for their first-ever magazine cover as a couple in record-breaking 117-degree heat in the Mojave Desert, with photos from the Flaunt spread debuting online on Thursday.
LAS VEGAS, NV・1 DAY AGO
Billboard

Halloween isn't until next weekend, but that isn't stopping Travis Barker and Kourtney Kardashian from celebrating a little early. The newly engaged couple shared photos of their spot-on costumes as ill-fated punk-rock couple Sid Vicious and Nancy Spungen. The blink-182 drummer wore a black leather jacket, spiky black wig and Sid's signature padlock necklace to embody the Sex Pistols bassist, while Kardashian wore a sheer fishnet shirt over a black bra with a curly blonde wig to dress up as the rocker's girlfriend.
CELEBRITIES・23 HOURS AGO
GOBankingRates

Tucker Carlson, 52, has the distinction of being the most-watched and possibly one of the most polarizing personalities on cable news.  With nearly three million viewers as a conservative political...
CELEBRITIES・1 DAY AGO
GOBankingRates

It was recently determined that COVID-19 emergency financial assistance from a federal, state or local government source will not affect your Social Security benefits.  In addition, it was clarified...
INCOME TAX・17 HOURS AGO