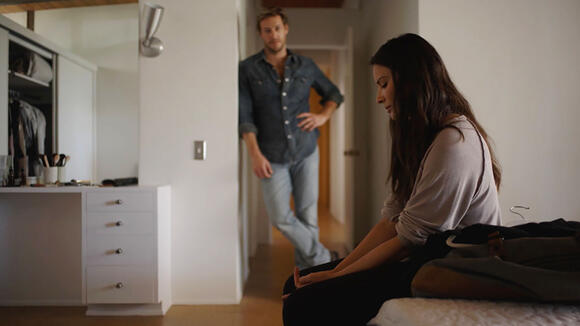 The Toronto Film Festival had to scramble on opening day to repair a virtual cinema screening platform that stalled for select festival lineup titles.

“We are aware of an issue that impacted a select number of films on TIFF Digital Cinema Pro, where the films do not play successfully in your browsers,” TIFF organizers said in a statement Thursday.

The festival added it was “working on implementing a solution,” while it rescheduled online streaming times for impacted titles like The Hill Where Lionesses Roar, Vengeance Is Mine, All Others Pay Cash and Justine Bateman’s Violet.

The TIFF Digital Cinema Pro platform is designed for use by the international press and industry execs participating in the festival’s 46th edition. Films are offered in viewing windows during the festival’s Sept. 9 to 18 run, with each window lasting 48 hours to accommodate international time zones.

TIFF also unveiled new schedule times for Sept. 12 for other lineup titles like As in Heaven, Dug Dug and Hellbound. And Toronto added no digital screenings of Dear Evan Hansen , TIFF’s opening night film by director Stephen Chbosky, were available ahead of the movie adaptation of the hit Broadway play getting an in-person world premiere at Roy Thomson Hall on Thursday night.

“So if you’ve been unlucky in getting a ( Dear Evan Hansen ) ticket for a screening at TIFF, you can support the film when it goes to theaters Sept. 24. Please enjoy the many other offerings of the festival,” TIFF Customer Relations said via its Twitter account .

Film critics took to social media to vent their frustration over not being able to view films in the TIFF lineup, or having to use a host of browsers to find one that worked.

“I was able to view a market screening, and the ‘test your platform’ video, but everything else I try is just a black screen with a ‘play’ button that doesn’t work,” Brent Hankins, a critic with The Lamplight Review , said on his Twitter account .

The Toronto Film Festival, set to run through Sept. 18, is offering limited in-person screenings and mostly virtual streams of its 2021 film lineup amid the pandemic.

The premise of The Subject sounds promising enough. A white documentarian, ravenous for authentic stories, makes a Black teenager from Harlem the subject of his film project. For months, he follows the slick-tongued, baby-faced young man with the easy smile, capturing his interactions with his family, friends and neighbors, pestering him with questions and eventually relaxing into a routine. This white filmmaker — his name is Phil Waterhouse, and he is played somewhat gawkily by Jason Biggs (American Pie) — is no saint, but he thinks of himself as a good person. That is, until he watches his subject, Malcolm...
MOVIES・3 DAYS AGO
The Hollywood Reporter

Tedra Millan (Fosse/Verdon) and Michael Reagan (Lovecraft Country) have joined the cast of Speakeasy Pictures’ indie thriller The Lot. The two will take the lead in the feature — described by the filmmakers as an “anti-American dream thriller” — which follows a young, newly-homeless couple who are tormented by masked strangers in a secluded parking lot. The film explores mental illness and America’s obsession with capitalism. Directed by Jason Miller (Echo Boomers), The Lot will be filmed entirely in Chicago’s Deerfield suburb over a four-week shoot. The feature, according to Speakeasy co-founder and producer Seth Savoy, is one of the first productions to instate...
MOVIES・12 HOURS AGO
The Hollywood Reporter

Two dramedies, Mike Mills‘s C’mon C’mon and Reinaldo Marcus Green‘s King Richard, will share Film Fest 919’s audience award after garnering the same number of votes from attendees, the Chapel Hill-based festival announced on Monday, the day after the fest’s six-day fourth edition came to a close. “We were so happy to return to the theater and see these terrific movies together on the big screen,” Film Fest 919 founders Randi Emerman and Carol Marshall said in a statement. “Nothing beats seeing a movie with an audience, to feel the reaction of those around you and be able to talk about them afterwards, and we were able to do so safely!” 23 films hailing from 20 countries screened during this year’s fest, which also honored Rebel Heart songwriter Diane Warren (Spotlight Award) and Red Rocket screenwriters Sean Baker and Chris Bergoch.
MOVIES・3 HOURS AGO
baristanet.com

“Let’s build a home for film and make sure we never lose a theater again in Montclair.”. Montclair Film’s Executive Director Tom Hall said these fitting words to a sold-out crowd at The Wellmont Theater Thursday night at the opening of the 10th annual Montclair Film Festival. Like so many...
MONTCLAIR, NJ・3 DAYS AGO

The fourth Animation is Film (AIF) festival opens tonight with the North American premiere of the Netflix film The Summit of the Gods, an examination of an obsessive mountain climber. The streamer released the trailer today. The screening will be followed by an in-person Q&A with award-winning writer-director Patrick Imbert...
MOVIES・3 DAYS AGO
NewsTimes

As film festivals the world over explore the crossover between feature film and television, Netflix original series “Hellbound” and ”My Name” and HBO Asia’s “Forbidden” are being given house room in Busan’s newly-created On Screen sidebar section. “There is a sweet spot between the film and TV industries and we’re...
MOVIES・14 DAYS AGO
Nashville Scene

The Nashville Jewish Film Festival celebrated its 20th anniversary by proving its resilience and flexibility in 2020. Plans for an in-person fest focused on celebrating two decades of Jewish film programming were transformed into an all-virtual event in response to the pandemic’s theater closures. Now movie theaters around the country and the city are open (and open-ish) again, but due to continued safety concerns, this year’s Jewish Film Festival will once again offer its films for at-home viewing.
NASHVILLE, TN・13 DAYS AGO
seattlepi.com

The Napa Valley Film Festival, which returns this year as a virtual event running Nov. 10-14, has announced its lineup that includes almost 60 full-length features and shorts. Among the narrative features at Napa Valley are French period pic “Fires in the Dark” (pictured); drama “Moving in 2008,” with a post-screening Q&A with director Calogero Carucci; Jena Malone-starrer “Porcupine,” in which an adult woman puts herself up for adoption and forms a bond with the misanthropic patriarch of her adoptive family, based on a true story; “Precarious,” featuring a post-screening Q&A with director Wes Terray; Lili Taylor-starrer “The Winter House, “ which follows a novelist seeking to escape her troubles in a remote lake house in northern New Hampshire where she meets and forges a bond with Jesse, a young drifter with troubles — and secrets — of his own. Director Keith Boynton will deliver a post-screening Q&A. Director Noah Gilbert is set for a post-screening Q&A of his drama “The Only One.”
MOVIES・13 DAYS AGO

NEW YORK — Queer film lovers, rejoice! Pride and popcorn are back in New York City theaters. The 33rd edition of the New York LGBTQ+ Film Festival, the biggest celebration of LGBTQ+ film on the East Coast, begins Friday. And after last year’s nearly all-virtual edition, this year the festival is going hybrid. Organizer NewFest, a film and media nonprofit that focuses on amplifying queer stories, is welcoming audiences to attend in-person screenings in Brooklyn and Manhattan theaters, or stream the movies at home.
NEW YORK CITY, NY・14 DAYS AGO
New Haven Register

The Phantom Of The Open: An Empire Podcast London Film Festival Special

The BFI London Film Festival is happening AS YOU READ THIS, folks. And, as proud media partners, we at Empire were delighted to present this week's gala world premiere of Craig Roberts' The Phantom Of The Open, a heartwarming and hilarious tale of Maurice Flitcroft (Mark Rylance), a keen amateur golfer who gatecrashed the British Open in 1976 with spectacular results.
MOVIES・12 DAYS AGO
hometownsource.com

The Minnesota Jewish Community Center has announced the film lineup of the 2021 Virtual Twin Cities Jewish Film Festival, including feature length and short films, documentaries, interactive programs and conversations with directors, cast and guests. The festival will take place Oct. 16-31 and is featuring Jewish-themed narratives, documentaries and short...
FESTIVAL・11 DAYS AGO

A TV Christmas movie that was filmed in Falmouth last fall will be premiered in Woods Hole in December and will begin airing on the AMC network's streaming service around Thanksgiving. The movie, originally called "The Cape House," was shot last November on Falmouth’s Main Street and at a home...
FALMOUTH, MA・12 DAYS AGO
Third Coast Review

Dispatch: Chicago International Film Festival Kicks Off with Previews of Three Films Soon to Arrive in Theaters (and Streaming)

Note: This post has been updated to reflect the films opening/not opening on Friday at the Magic Lantern Theatre. It was only fitting that I should receive an email on Monday regarding the One Heart Native Arts & Film Festival, which will take place today through Saturday. Monday, of course,...
SPOKANE, WA・13 DAYS AGO
flickeringmyth.com

2021 BFI London Film Festival Review – The Phantom of the Open

The Phantom of the Open, 2021. Directed by Craig Roberts. Starring Mark Rylance, Sally Hawkins, Rhys Ifans, Jake Davies, Christian Lees, Jonah Lees, Mark Lewis Jones, and Johann Myers. SYNOPSIS:. Down on his luck Maurice Flitcroft from Barrow In Furness finds his job at the shipyard in jeopardy and decides...
MOVIES・11 DAYS AGO
AdWeek

If it’s Thursday (yes, Thursday), it’s Meet the Press…at the movies. Short documentary films from the U.S., Canada, Hong Kong and Israel will be featured at the 5th annual Meet the Press Film Festival on Thursday, Nov. 11 in Los Angeles. The event will take place as part of AFI...
MOVIES・12 DAYS AGO
Daily Evergreen

On Oct. 5, Pullman and Moscow community members attended the opening night for the Palouse French Film Festival. Guests were treated with wine and French cheese to enhance their viewing experience and set the mood. The opening movie was “Le Retour du Héros” directed by Laurent Tirard. It showcases Captain...
PULLMAN, WA・11 DAYS AGO
communitynewspapers.com