By Jason Burgos
Sportsnaut
5 days ago 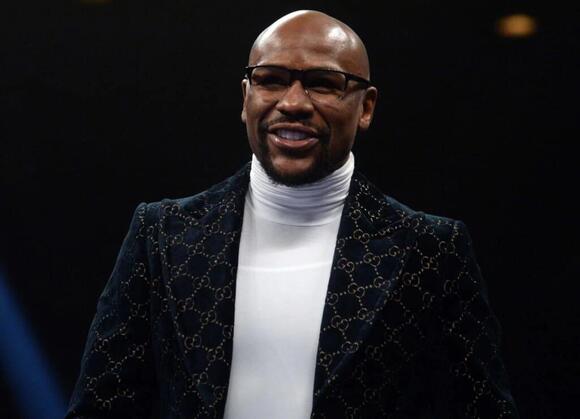 Who will Floyd Mayweather’s next fight be against?

Following his exhibition bout against Logan Paul in June, Floyd Mayweather’s next opponent is still up for debate.

Three men that could bank a fight with “Money”: When pondering the likeliest options for Mayweather’s next matchup, the most-sensible choices are Canelo Alvarez , former UFC champions Conor McGregor , and Manny Pacquiao .

In August 2020, Showtime once again dipped their toe into the Mayweather pay-per-view business, and again they came out with bags of cash.

Mayweather + Paul = Millions of Dollars: Hate it or love it, the boxing industry has done very well for itself since the arrival of Jake and Logan Paul. The actors and massive YouTube stars have banked big bucks for their exhibition and professional bouts. Adding Mayweather to the mix only multiplied the earnings potential when he was matched up in an exhibition bout with Logan in Florida in June. 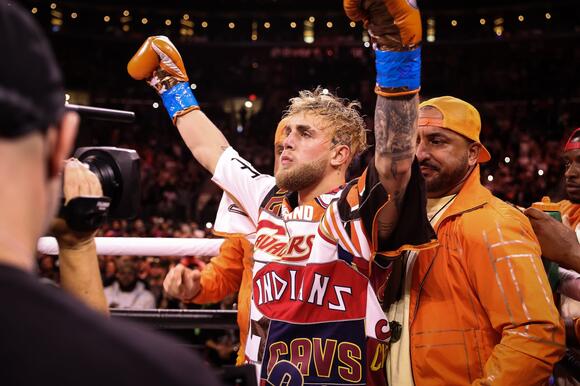 What makes Floyd Mayweather so popular?

There is no doubt Floyd Mayweather is one of the greatest boxers to ever compete in the sport. Yet what makes him a one of a kind was that his mix of skill and brash bravado was able to transcend the industry. He is the type of talent that combat sports fans have long been willing to pay big money to see win, or hopefully lose.

The greatest villain in combat sports: Although Mayweather was a hero to some, relishing his role as a villain to all was what truly made him a box office megastar. And his ability to back up all his talk only heightened his appeal.

The bad side of the legacy: Mayweather has also spent a good bit of time in courtrooms during his life.

Money is often one of the greatest measuring sticks for a fighter’s success. As of 2021, Mayweather’s net worth is reportedly US $450 million . However, the boxing star claims it is closer to $1.2 billion . 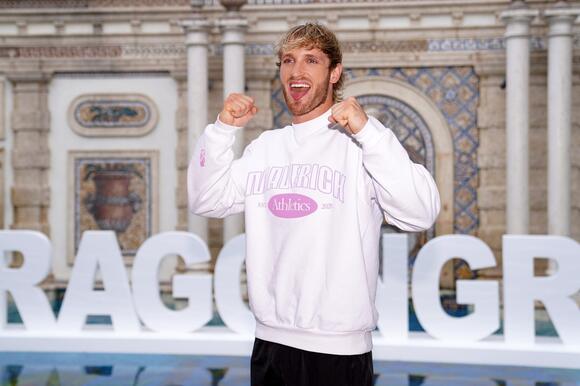 Also Read:
Logan Paul’s next fight: Everything you need to know

Mayweather is a joke just like the paul brothers, either fight real boxers or leave the sport.

money may you are pushing it. you're my man but stay away from Anderson silver you will suffer your first defeat why jeperdize your Golden streak

At long last, after years of eager anticipation, Manny Pacquiao and Floyd Mayweather Jr. will face off once again. It’s the reunion that was bound to happen, especially after the continued clamor from fans. Mayweather handily defeated Pacquiao via unanimous decision in 2015, dubbed as the “Fight of the Century.”...
COMBAT SPORTS・2 DAYS AGO
ESPN

EMOTIONALLY HIGH OFF a huge payday, Shakur Stevenson felt like it was time to get iced out. He had just claimed the WBO interim junior lightweight title after cruising past Jeremiah Nakathila. His 24th birthday was right around the corner. So, Stevenson decided to spoil himself with a gift: a chunky, diamond-encrusted chain with his initials, SS, as a flashy charm.
COMBAT SPORTS・5 DAYS AGO
TMZ.com

4:21 PM PT -- A rep for Mayweather tells us he didn't take the photo because he was in a rush to leave the game. As for the teenage fan's claim that Floyd is homophobic ... the undefeated boxer says that couldn't be further from the truth. Floyd Mayweather REJECTED...
COMBAT SPORTS・1 DAY AGO
MiddleEasy

The Maverick meets Iron Mike. That’s right folks, we’re in for another crazy boxing match come 2022. 26 year-old viral internet sensation Logan Paul is back to boxing after making a huge payday against Floyd Mayweather last June. The massive purse earned in his exhibition with Mayweather wouldn’t stop him from putting on the gloves once again.
COMBAT SPORTS・4 DAYS AGO

Watch: Mayweather refuses to take selfie with boy because of his nail polish

Floyd Mayweather Jr. is arguably the greatest boxer of all time. As such, when regular folks see him out and about they immediately seek him out for autographs and photos. It’s not a particularly novel concept. Unfortunately, an encounter that occurred recently left a bad taste in everyone’s mouths. During...
COMBAT SPORTS・1 DAY AGO
worldboxingnews.net

A few years ago, boxing megastar Floyd Mayweather told Gervonta Davis he’d follow in his footsteps. Mayweather now believes that prediction is coming true. Speaking at the official presser for a colossal Pay Per View featuring Davis and new Mayweather protege Rolando “Rolly” Romero, the former pound-for-pound king was adamant about the fight’s status in the sport.
COMBAT SPORTS・5 DAYS AGO
The Independent

Deontay Wilder’s former trainer Marc Breland has praised Floyd Mayweather for being in his corner as the fallout from his dismissal by the ‘Bronze Bomber’ continued. Mayweather was accused of “taking shots” at Wilder this week after he paid tribute to Breland, who was fired by the heavyweight following his defeat to Tyson Fury in February 2020. Wilder was furious at Breland for throwing in the towel in the seventh-round defeat last year, but the American was defeated for a second time by the Gypsy King following an 11th-round knockout this month. After Wilder’s latest defeat, retired boxing great Mayweather...
COMBAT SPORTS・6 DAYS AGO
MMAmania.com

Floyd Mayweather vs. Jake Paul in a professional boxing match might be a reality if the YouTuber-turned boxer gets his way. Paul (4-0) has laid down the challenge to Mayweather (50-0), under the condition the two meet in a professional boxing match. Paul is coming off a split decision win over former Ultimate Fighting Championship (UFC) Welterweight titleholder Tyron Woodley (watch highlights); meanwhile, Mayweather out-performed Jake’s older brother Logan Paul (highlights here) in an eight-round exhibition.
COMBAT SPORTS・22 DAYS AGO

Floyd Mayweather took a shot at his boxing rivals by posting a picture of BoxRec's ratings on social media with the caption 'greatest of all time'. The American welterweight won all 50 of his professional fights over a 21-year career, and he reminded the world about it. Mayweather has a...
COMBAT SPORTS・4 DAYS AGO
worldboxingnews.net

Canelo Alvarez says Caleb Plant will be a similar test to Floyd Mayweather but believes a knockout is possible for the undisputed title. In the form of his life, the Mexican superstar battles Plant for every major belt at the 168-pound limit. The pair will throw down on November 6 in Las Vegas.
COMBAT SPORTS・2 DAYS AGO
The Independent

Deontay Wilder’s trainer Malik Scott has accused Floyd Mayweather of “taking random shots” at the heavyweight following Wilder’s knockout loss to Tyson Fury this month.Wilder and Fury first fought to a controversial split draw in December 2018, before Fury stopped the American in the seventh round of their rematch in February 2020. Their rivalry was then settled on 9 October in Las Vegas when Fury finished Wilder in the 11th round of an epic bout to retain the WBC title he took from his foe in their second fight.In the aftermath of Wilder’s second straight loss to the Briton,...
COMBAT SPORTS・8 DAYS AGO

A sports fan has accused undefeated boxing champ Floyd Mayweather of homophobia after he rejected the male teen’s photo request due to his painted nails. The spurned fan chronicled the episode on his cellphone following the Los Angeles Clippers game against the Memphis Grizzlies on Saturday, Oct. 23, 2021. The teen approached Floyd and his crew hoping to capture a once-in-a-lifetime selfie.
COMBAT SPORTS・1 DAY AGO
International Business Times

Jimuel Pacquiao had the chance of a lifetime in meeting Saul “Canelo” Alvarez and made the best out of it when he stepped in the ring for a training session. The eldest son of legendary Filipino boxer Manny Pacquiao entered Alvarez’s secret boxing gym in San Diego, California and showed glimpses of the talent that his father had.
SAN DIEGO, CA・12 DAYS AGO
FanSided

Noted domestic abuser and tax evader Floyd Mayweather has come out in support of Kyrie Irving’s nonsensical vaccine opposition. Kyrie Irving has made him the NBA’s villain du jour with a refusal to get vaccinated for COVID, a stance he has struggled to defend in any logical or coherent way. This stance is particularly problematic because New York City has guidelines in place requiring vaccination for all large indoor gatherings. That means Kyrie can’t legally practice or play with the Nets within the city and the team has said they won’t be using him as a part-time player for road games.
NBA・1 DAY AGO
The Spun

Mike Tyson is reportedly set to make his return to the boxing ring in 2022. The legendary boxer has been hinting at a return fight. Earlier this weekend, Iron Mike confirmed that he’ll be getting back in the ring. “I am going to have a return fight in February and...
COMBAT SPORTS・2 DAYS AGO

Floyd Mayweather has declared his support for NBA star Kyrie Irving as the basketball player continues to refuse the Covid vaccine.Irving, who plays for the Brooklyn Nets, currently cannot play in the state of New York due to the state’s vaccine mandate.The 29-year-old’s decision to reject the coronavirus vaccine has divided opinion in the US, but legendary boxer Mayweather insists he understands Irving’s position.Speaking on Twitter, he said: “Kyrie, whats up, I know you’re going through a lot. We had the chance to hang out in 2016 when you represented America, when you represented the red, white and blue.“You only...
NBA・1 DAY AGO
dexerto.com

Social media star Jake Paul has hit back at Floyd Mayweather and Gervonta Davis after boxing star Davis called took some shots at his upcoming opponent using Jake’s name. For years now, YouTubers have been settling their differences inside the ring with highly-anticipated amateur bouts. Though, some have gone much further than that.
COMBAT SPORTS・5 DAYS AGO
92.7 The Block

When Candace Owens supports you, you're not on the right side of history.
COMBAT SPORTS・1 DAY AGO
New York Post

The Gypsy King’s endurance is like no other. After going 11 rounds with Deontay Wilder on Saturday – and winning by KO – Tyson Fury partied the night away with DJ Steve Aoki. He showed no signs of exhaustion while raging on stage at the Wet Republic pool party at...
COMBAT SPORTS・16 DAYS AGO