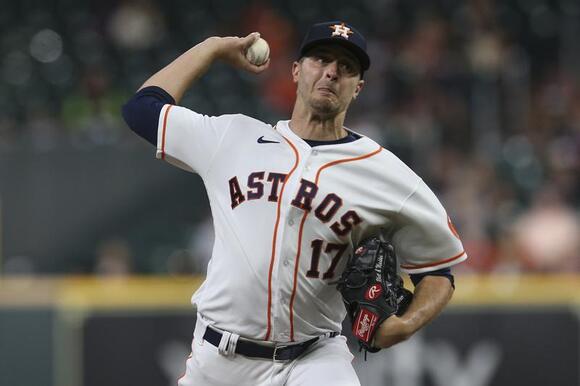 Carlos Correa delivered a walk-off double leading off the 10th inning as the Houston Astros claimed a 5-4 victory over the visiting Seattle Mariners on Tuesday night.

Correa drove home Yuli Gurriel, who started the inning on second base, with a double that bounced over the wall in right-center field. Correa struck his blow against Seattle right-hander Yohan Ramirez (1-3), the Mariners’ sixth reliever of the game.

The Astros were 2-for-13 with runners in scoring position.

Alex Bregman hit a two-run, game-tying home run in the bottom of the ninth to breathe new life into the Astros. His eighth homer of the season carried 384 feet to left-center field and erased a 4-2 deficit.

Kyle Seager drilled a 1-2 fastball from Astros reliever Yimi Garcia 409 feet into the right-center field seats for a solo shot in the sixth inning. His 34th homer of the season gave the Mariners a 3-2 lead.

The hit leveled the score 2-2.

Torrens added an RBI single in the ninth inning, following a one-out double by Abraham Toro, boosting the Mariners’ lead to 4-2. But Seattle closer Paul Sewald could not protect the lead, nearly allowing a game-tying blast to Michael Brantley to right-center before Bregman left little doubt.

Houston grabbed a 2-0 lead in the third inning, with Jose Altuve hitting his 26th home run -- and first since July 30 -- with two outs. Brantley then singled before Bregman delivered a run-scoring double.

Bregman chased Mariners starter Logan Gilbert with an infield single that pushed Brantley to third with one out in the fifth. Mariners reliever Anthony Misiewicz entered and retired Yordan Alvarez and Gurriel in succession to snuff the Houston rally and preserve the 2-2 deadlock.

When Correa and Kyle Tucker reached safely to open the sixth, Mariners reliever Casey Sadler recovered with three consecutive outs to strand Correa at second base.

Brantley opened the seventh with a double to the wall in right-center but did not advance as Seattle reliever Drew Steckenrider set down Bregman, Alvarez and Gurriel in order.

HOUSTON -- Shortly after the Astros beat the Red Sox in Game 1 of the ALCS, Houston manager Dusty Baker compared two of his club’s stars to a well-known pair of Boston legends. Jose Altuve and Carlos Correa both homered in Houston’s 5-4 win, as Altuve tied the game with...
MLB・7 DAYS AGO
New York Post

The biggest winner of the 2021 major league season is … the 2017 Houston Astros. Settle down. I have not come to exonerate or forgive the sign stealers. I would not argue with anyone who feels the players got off easy by not facing suspension, and the bans on, say, Alex Cora and A.J. Hinch should have been longer than one year considering their one-year expulsions came in the one year the major league season was 60 regular-season games.
MLB・28 DAYS AGO
CBS Sports

The Chicago White Sox were eliminated from the playoffs on Tuesday after losing Game 4 of their American League Division Series, 10-1, to the Houston Astros. The White Sox, specifically manager Tony La Russa, did not go quietly into the winter, however. Rather, La Russa made it clear that he...
MLB・10 DAYS AGO
Larry Brown Sports

Justin Verlander may not be able to help the Houston Astros in their quest for another World Series title, but the star pitcher had some advice for the team during the first game of the ALCS. Carlos Correa helped the Houston Astros come from behind to beat the Boston Red...
MLB・7 DAYS AGO

Verlander (elbow) is expected to receive a qualifying offer from the Astros this offseason, Chandler Rome of the Houston Chronicle reports. Verlander could potentially have an interesting decision on his hands. If healthy, he'd almost certainly receive more than the qualifying offer, which was worth $18.9 million over one year last year. He'll enter next season as a 39-year-old coming off of Tommy John surgery, so it's much less clear what his value will be on the open market. If he rejects the offer and signs elsewhere, Houston will receive draft-pick compensation.
MLB・15 DAYS AGO
NJ.com

Carlos Correa is going to get paid. It’s just a matter of how much the two-time All-Star will be offered. Correa headlines a bumper crop of free-agent shortstops, which also includes the Los Angeles Dodgers’ Corey Seager, Colorado Rockies’ Trevor Story and New York Mets’ Javier Baez. So what will...
MLB・9 DAYS AGO
USA TODAY

Three of our six experts think the NL Central champions will go on to win the World Series.
MLB・15 DAYS AGO
ESPN

HOUSTON -- Astros manager Dusty Baker had the highest of praise for his second baseman and shortstop after Jose Altuve and Carlos Correa fueled a come-from-behind 5-4 victory over the Boston Red Sox in Game 1 of the American League Championship Series on Friday night. "It's kind of like Tom...
MLB・7 DAYS AGO

The Houston Astros are just one game away from advancing to the American League Championship Series, but they’re taking absolutely nothing for granted ahead of Game 3 against the White Sox in Chicago. Shortstop Carlos Correa spoke on the Astros’ outlook in the possible series-clincher, making it clear that Houston...
MLB・13 DAYS AGO
FanSided

The St. Louis Cardinals have added Ljay Newsome, an intriguing right-hander off waivers from the Seattle Mariners. The offseason hasn’t even started yet and the St. Louis Cardinals are making roster additions, with their first move being an addition to bolster the depth of their pitching staff. On Friday, they claimed right-handed pitcher Ljay Newsome off waivers from the Seattle Mariners.
MLB・17 HOURS AGO
Sports Illustrated

Just when it seemed like the Red Sox could do know wrong, the Astros saved their season thanks to two familiar faces. Jose Altuve and Carlos Correa, who have spent their entire careers with Houston spanning 2,331 games, ignited a dormant Astros offense and spurred a late inning comeback in what turned into a blowout 9-2 victory in Game 4 on Tuesday night.
MLB・3 DAYS AGO
FanSided

New York Yankees fans, who are extremely down bad at the moment as they gather their family around the television to throw rocks at the Red Sox-Astros ALCS, have now buried themselves in an entirely different debate: do you want Carlos Correa in the Bronx, or not?. On the “cons”...
MLB・7 DAYS AGO

Boston Red Sox left-hander Eduardo Rodriguez turned in a solid start against the Houston Astros on Monday night in Game 3 of the American League Championship Series (BOS 12, HOU 3). One of the most intriguing parts of his start, however, was what happened as he left the field following the top of the sixth inning.
MLB・4 DAYS AGO
USA TODAY

Framber Valdez tossed eight innings to give the Astros' bullpen a much needed rest and lead Houston to a Game 5 win over the Red Sox.
MLB・2 DAYS AGO
NBC Chicago

Correa fires back at Tepera's 'disrespectful' comments originally appeared on NBC Sports Chicago. Before Game 4 of the ALDS, Astros shortstop Carlos Correa said he had "no thoughts" on recent controversial comments by White Sox reliever Ryan Tepera. "We're ready to play Game 4, and we're trying to win this...
MLB・10 DAYS AGO
expressnews.com

CHICAGO — Carlos Correa controls every facet of the Astros. He is their field general at shortstop, the presence around which they are built and a man who can take control of any chaotic situation. Another arrived Tuesday. Correa added another instance on his lengthy list of leadership moments. After...
MLB・10 DAYS AGO
blackchronicle.com

The Astros ended the White Sox season by beating them in Game 4 of the ALDS on Tuesday in convincing fashion, 10-1. One might recall that after the White Sox’s lone win of the series on Sunday night, reliever Ryan Tepera took a shot at the Astros. Specifically, he mentioned...
MLB・10 DAYS AGO
expressnews.com

CHICAGO — Carlos Correa could have caved. Pick any reason. He is in his final season before free agency. His wife, Daniella, is pregnant with the couple’s first child. He has turned into a team spokesman when the sign-stealing scandal is mentioned. Correa is the team’s field general at shortstop and a bat that lengthens an already excellent lineup.
MLB・12 DAYS AGO
MLB

Carlos Correa pulls a two-run double to left field, giving the Astros a 2-1 lead in the 3rd. Tune in to FS1.
MLB・11 DAYS AGO
chatsports.com

In the sixth inning of Friday's American League Championship Series Game 1, the Astros found themselves down two runs to the Red Sox and needing a spark. Insert Jose Altuve. The Astros infielder blasted a home run off Red Sox pitcher Tanner Houck to tie the game at 3. But, the Astros weren't done.
MLB・7 DAYS AGO