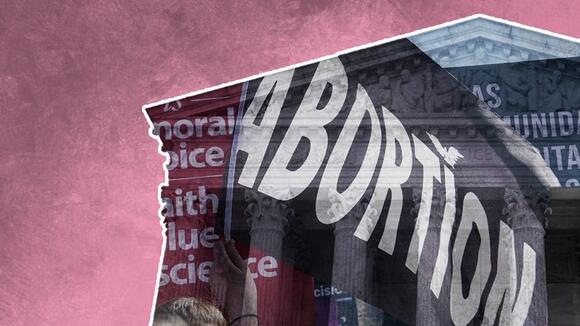 The CEO of TripWire, an American video game company, stepped down Monday following comments he made about Texas's controversial abortion law that passed last week.

Company leader John Gibson tweeted Saturday that he was "proud" of the Supreme Court for upholding the "fetal heartbeat" bill.

"Proud of #USSupremeCourt affirming the Texas law banning abortion for babies with a heartbeat," Gibson wrote on Twitter. "As an entertainer I don’t get political often. Yet with so many vocal peers on the other side of this issue, I felt it was important to go on the record as a pro-life game developer.

Tripwire announced in a statement Monday that Gibson had stepped down and that co-founder and Vice President Alan Wilson will take over as interim CEO.

"The comments given by John Gibson are of his own opinion, and do not reflect those of Tripwire Interactive as a company," the statement read. "His comments disregarded the values of our whole team, our partners and much of our broader community. Our leadership team at Tripwire are deeply sorry and are unified in our commitment to take swift action and to foster a more positive environment."

Gibson's comments sparked backlash from the gaming community, with some gaming developers announcing they would no longer work with Tripwire due to Gibson's stance on the abortion law.

Gaming developer Shipwright Studios, which had previously collaborated with Tripwire, responded to Gibson's tweet saying that "while your politics are your own, the moment you make them a matter of public discourse you entangle all of those working for and with you."

The Texas law, which is the most restrictive abortion legislation in the U.S. to date, prohibits abortions after a fetal heartbeat is detected and allows private citizens to sue abortion providers if they believe they are infringing on the new policy.

With Roe in doubt, states act on abortion limits, expansions

More than 20 states already have laws on the books to ban or dramatically restrict abortion if Roe v. Wade is overturned. As legislative sessions begin, several are considering new bans.
TEXAS STATE・2 DAYS AGO
HuffingtonPost

Supreme Court Justice Sonia Sotomayor castigated the state of Texas and her fellow justices on Thursday after the nation’s highest court denied a request from abortion providers to move a case challenging a restrictive abortion law to a district court, calling the decision a “grave disservice to women.”
TEXAS STATE・4 DAYS AGO
Daily Mail

Justice Sotomayor criticizes Texas abortion ban in scathing dissent after SCOTUS failed to help providers: 'This case is a disaster for the rule of law and a grave disservice to women'

Justice Sonia Sotomayor issued a scathing dissent in the the Supreme Court case involving the Texas abortion ban, calling it a 'disaster' and a 'grave disservice to women.'. Sotomayor ripped into the Texas abortion law on Thursday after the court rejected a request by abortion providers to have the case sent to a district judge who had previously moved to block the Texas law in a 6-3 decision.
CONGRESS & COURTS・3 DAYS AGO
NBC News

WASHINGTON — The Supreme Court declined once again Thursday to order the Texas abortion case back to the original trial judge for further proceedings — which would have accelerated the ability of the challengers to try to get some relief. The groups challenging the Texas law, the most...
TEXAS STATE・4 DAYS AGO

Dr. Gabrielle Goodrick has been a source of comfort for women dealing with unwanted pregnancies in the Phoenix area for more than 25 years. But an attempt to replicate Texas’ sweeping new abortion law that lets citizens police abortion restrictions could tie her hands.  Arizona is one of several states where Republican lawmakers are looking […] The post Controversial Texas abortion law introduced in Arizona appeared first on Arizona Mirror.
ARIZONA STATE・3 DAYS AGO
ABA Journal

The U.S. Supreme Court on Thursday refused to block a federal appeals court’s decision to certify a question to the Texas Supreme Court regarding the challenge to the state’s abortion law. The Supreme Court’s refusal to intervene allowed the state of Texas “to slow-walk the case” in which...
TEXAS STATE・4 DAYS AGO
CBS News

Washington — In the latest setback for abortion rights in Texas, the Supreme Court on Thursday refused to speed up the ongoing court case over the state's ban on most abortions. Over dissents from the three liberal justices, the court declined to order a federal appeals court to return...
TEXAS STATE・4 DAYS AGO
25 News KXXV and KRHD

Abortion clinics that are challenging Texas’ strict abortion law were faced with another defeat, raising their concerns that the near-total ban on abortions will remain intact for the foreseeable future.
TEXAS STATE・7 DAYS AGO

The all-Republican Texas Supreme Court will now hear the one remaining legal challenge to the Texas six-week abortion ban. It was the decision of the Fifth Circuit Court of Appeals on Monday. Abortion providers in Texas were hoping the case would be sent back to a federal district court in Austin, where they’ve had success. Amy Hagstrom Miller, the CEO of Whole Woman’s Health, says they’re running out of legal options to stop the state’s six-week abortion ban. Anti-abortion groups are celebrating the decision.
TEXAS STATE・7 DAYS AGO
CBS DFW

With Strict Texas Abortion Law, Mexican Advocates Now Helping Women In The US

MEXICO CITY (CBSDFW.COM/AP) — There was a time when Mexican activists drove women into the United States to terminate their pregnancies. Now it’s women in the U.S. who are facing more challenges to accessing abortion services and again Mexican activists are stepping up to offer support. The changing...
TEXAS STATE・6 DAYS AGO
Austin American-Statesman

Texas journalism veteran Evan Smith said Wednesday that he will step down as CEO of the Texas Tribune, the nonprofit news organization that he has run for 13 years. Smith, 55, said he will depart the Tribune by the end of 2022 and will remain as a senior adviser to his replacement through the end of 2023.
AUSTIN, TX・12 DAYS AGO
The Independent

The state of South Dakota will soon follow Texas and Mississippi with legislation that would cut back significantly on abortion rights in the state and directly challenge the precedent established by Roe v Wade.A pair of bills were unveiled by Kirsti Noem, the state’s conservative governor last week; one the bills would outlaw abortions after a fetal heartbeat is detected, which is around five to seven weeks into a pregnancy. That standard is well outside the standard set in the Supreme Court’s landmark abortion rights ruling in Roe v Wade, which forbids bans on abortions before the third trimester of...
WOMEN'S HEALTH・1 DAY AGO

On Friday, Noem announced the text of two anti-abortion bills she aims to pass in South Dakota.
TEXAS STATE・1 DAY AGO
wtaq.com

(Reuters) – A U.S. appeals court on Monday handed a defeat to abortion clinics by delaying a legal challenge to a Texas law banning most abortions in that state. In a 2-1 ruling https://fingfx.thomsonreuters.com/gfx/legaldocs/lbpgnjyqqvq/ca5-texasabortion2022-01-17.pdf, the New Orleans-based 5th U.S. Circuit Court of Appeals said the Texas Supreme Court should address enforcement questions related to the law before the Texas clinics’ challenge could resume.
TEXAS STATE・7 DAYS AGO
The Independent

Carhartt holds firm on employee vaccine mandate: ‘We stand behind our decision’

American workwear company Carhartt is standing by its decision to mandate Covid-19 vaccinations for employees, even as critics have threatened to boycott the company.The clothing firm told employees that a company mandate on Covid vaccinations would be required, despite a Supreme Court ruling against a federal mandate for private companies in the US.“We stand behind our decision because we believe vaccines are necessary to protect our workforce,” Carhartt said in a statement to CBS News. “Carhartt made the decision to implement its own vaccine mandate as part of our long-standing commitment to workplace safety. Our recent communication to employees...
HEALTH・20 HOURS AGO
Dallas News

WASHINGTON — As Texas’ restrictive abortion ban remains in effect, leading to Texans having to travel to other states to have access to the procedure, a Republican state lawmaker in Oklahoma plans to push a bill that mirrors the Texas law. Rep. Sean Roberts, who represents a state...
TEXAS STATE・8 DAYS AGO
Business Insider

A letter from the office of Attorney General Jason Miyares sent to the Supreme Court cited a "change in Administration" in its new stance.
VIRGINIA STATE・1 DAY AGO
Axios

MIAMI (CBSMiami) – At the conclusion of a recent legislative committee meeting in Tallahassee, Republican State Senator Ileana Garcia angrily confronted State Senator Audrey Gibson, standing over Gibson as she was seated and allegedly cursing at Gibson, saying she was tired of being disrespected, according to multiple people who witnessed the incident. “She just walked over to me and got in my face about being disrespected,” Gibson told CBS Miami. “I said what are you talking about? And I said, `You should get out of my face.’” (CBS4) As Gibson stood up to put distance between herself and Garcia, senate staff stepped in...
MIAMI, FL・17 HOURS AGO
The Guardian