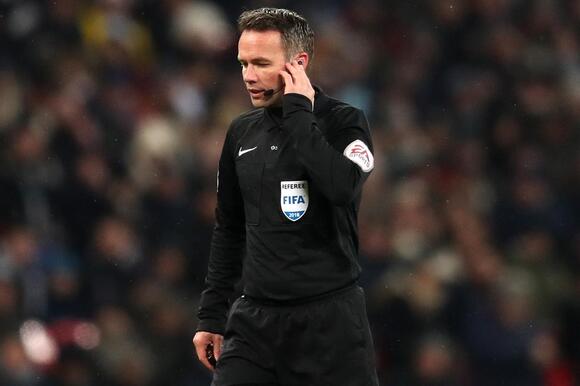 Manchester City will be looking to make it three Premier League victories on the bounce, as the Blues return to action following the international break this weekend.

City, who have six points from their opening three matches, will travel to the Midlands at the weekend, as they face Leicester City on Saturday, before welcoming Bundesliga side RB Leipzig to the Etihad on Tuesday evening in the Champions League.

The Blues have already suffered defeat to Leicester this campaign, with the Foxes having beaten Manchester City 1-0 in the Community Shield, after Kelechi Iheanacho scored a late penalty.

Pep Guardiola has a mixed record at The King Power Stadium, with City having won just two of their last five matches in all competitions, although the Premier League Champions have won the last two matches.

The Premier League's unanimous decision to prevent players travelling to "Red List" countries during the international break means that Ederson - who has just signed a new contract with Manchester City, and Gabriel Jesus - who has been a key in City's last two matches, will both be available for selection on Saturday.

Ahead of matchweek four, here are all the details surrounding the appointed match officials for Manchester City's meeting with Leicester City at the weekend.

Paul Tierney will be the man in the middle at the King Power Stadium on Saturday afternoon, with the 40 year-old referee taking charge of his 5th match of the season.

Tierney took charge of Manchester City on two occasions last season, with the last game being the Blues' 1-0 defeat against Leicester City in the Community Shield last August.

Paul Tierney will be joined by assistant referees Constantine Hatzidakis and Neil Davies at the King Power on Saturday.

Meanwhile, in charge of the dugouts on Saturday will be Andy Madley, with the referee having been appointed as fourth official for Saturday's fixture.

The Premier League champions will be aiming to make it two wins in a row in the red part of Merseyside as they go head to head with Jurgen Klopp's men in a mouth-watering clash on Sunday. After surrendering their league crown to City last term, Liverpool have made a...
PREMIER LEAGUE・14 DAYS AGO
NESN

The margins between Liverpool and Manchester City likely will be slim, but the consequences of their matchup might be far-reaching. The teams will meet Sunday at Anfield in a Premier League Round 7 game. Liverpool enters the contest atop the standings with 14 points, while Manchester City is tied for second place with 13 points. The result of the game could give one side an advantage at the other’s expense at this early stage of the long race for the Premier League title.
MANCHESTER-BY-THE-SEA, MA・14 DAYS AGO
Yardbarker

Pep Guardiola’s men had the best chances in the first half, with Phil Foden coming the closest to taking the visitors in front. Both teams started the game on a cautious note, showing each other a lot of respect. City put their foot on the gas around the 20-minute mark...
PREMIER LEAGUE・14 DAYS AGO
The Independent

Manchester City face Liverpool on Sunday as the champions aim to fend off another of their rivals for the Premier League title. Pep Guardiola’s side defeated Chelsea last weekend in an impressive performance but lost momentum during the week after suffering a 2-0 defeat by Paris Saint-Germain in the Champions League.FOLLOW LIVE: Team news and all the action as Liverpool host Man CityGuardiola insisted, though, that the result would not negatively impact his players heading into today’s match.He told BT Sport: “Now we’re going to eat good tonight, we’re going to drink a glass of wine, we’re going to...
PREMIER LEAGUE・14 DAYS AGO

Liverpool vs. Manchester City: Premier League 2021-22 Coverage, Liveblog, and How to Watch Online

Following his effort against the Eagles, the striker becomes the third Nigerian to score on his birthday in Premier League history. Kelechi Iheanacho has become the third Nigerian in Premier League history to score on his birthday having found the net in Leicester City’s 2-2 draw with Crystal Palace. Named...
PREMIER LEAGUE・14 DAYS AGO
Sporting News

What a way to send fans off into the October international break: Liverpool and Manchester City put on a footballing spectacle in a 2-2 draw at Anfield Road that was arguably the fair result after one of the best games of the season so far. All four goals were scored...
PREMIER LEAGUE・14 DAYS AGO
firstsportz.com

Crystal Palace made a brilliant comeback in the Premier League on Sunday evening to draw 2-2 with Brendan Rodgers’s Leicester City. Jamie Vardy and Kehechi Iheanacho scored in the first half but Patrick Viera made some smart substitutes. Michael Olisse and Patrick Schlupp scored the goals in the second half to salvage a point for Crystal Palace.
PREMIER LEAGUE・14 DAYS AGO

Liverpool Are Amongst Premier League Clubs Including Chelsea, Manchester United and Manchester City To Complain About Newcastle Takeover

Despite having a great squad at his disposal, Pep Guardiola has failed to turn the heat in the initial weeks of the league. It has been the pattern in the last two seasons but Pep Guardiola has mastered the art to win the title. They face Burnley in their backyard and will look to claim their spot on top of the points table. Ahead of the Manchester City vs Burnley game, here is our preview and prediction.
PREMIER LEAGUE・4 DAYS AGO
BBC

Service from the first half resumed. Southampton out of the blocks quicker than Usain Bolt, Nathan Redmond leading the attack and laying the ball out left to Moussa Djenepo. The Malian winger has time and space but scuffs a shot which is easily gathered by Illan Meslier. KICK-OFF Norwich 0-0...
PREMIER LEAGUE・2 DAYS AGO
CityXtra

Burnley have suffered 5-0 losses on their last four trips to the Etihad Stadium, with a bullish Blues side having scored at least five goals on four occasions already this season. Sean Dyche's team are winless in the Premier League so far this season, and having failed to beat Manchester...
PREMIER LEAGUE・2 DAYS AGO

The Premier League returns this weekend and Friday will see significant updates ahead of the next round of fixtures. That will be key to any players of Fantasy Premier League, who will be adjusting their squads before the games on Saturday, Sunday and Monday. Fans of Premier League sides will...
UEFA・2 DAYS AGO
chatsports.com

Club media's Stewart Gardner caught up with the boss ahead of the Reds' trip to face the Foxes this weekend. Ole provided injury updates on Marcus Rashford and Harry Maguire and his future plans for Amad. He also spoke about our exciting upcoming matches and what he expects from our next opponents...
PREMIER LEAGUE・1 DAY AGO
CityXtra

Pep Guardiola’s men came through a difficult three-game period right before the international break, with the defending champions securing four crucial points against title favourites Chelsea and Liverpool in the space of nine days. Manchester City, who sit third in the Premier League table with a two-point difference after seven...
PREMIER LEAGUE・1 DAY AGO
goal.com

The Foxes - winless in four Premier League games - will host the Red Devils as the local competition returns after the international break. On Saturday at the King Power Stadium and for a Premier League duel, Leicester City will be looking to win three consecutive meetings against Manchester United in all competitions for the first time since November 1901.
PREMIER LEAGUE・1 DAY AGO
goal.com

The Zambia international contributed a goal as the Foxes ended their four-game winless run in the league. Patson Daka came off the bench to score his first Premier League goal, in Leicester City's 4-2 win over Manchester United on Saturday. The 23-year-old replaced Nigeria's Kelechi Iheanacho in the 77th minute...
PREMIER LEAGUE・1 DAY AGO
Sporting News

It's now three straight winless matches in the Premier League for Manchester United after a 4-2 loss to Leicester City in Matchday 8. The Red Devils' 29-match away unbeaten streak was snapped by a Leicester team that thoroughly deserved the win. Manchester United forward Marcus Rashford scored on his first...
PREMIER LEAGUE・1 DAY AGO