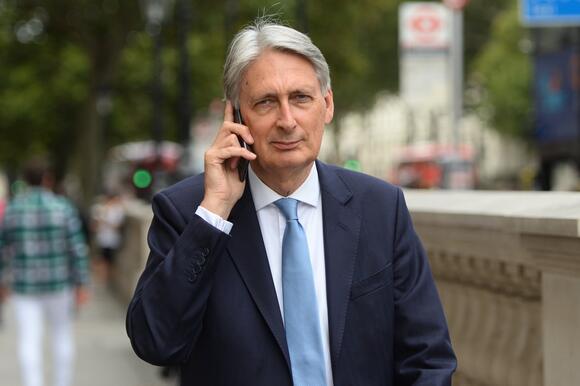 Former chancellor Philip Hammond has been rebuked by a sleaze watchdog for “unwise” lobbying of Treasury officials on behalf of a bank offering Covid software.

The Advisory Committee on Business Appointments ( Acoba ) said that Lord Hammond’s decision to email the second most senior civil servant at his former department was “not acceptable” and broke rules on lobbying by former ministers.

Acoba polices the business activities of former ministers to ensure they do not exploit inside information and contacts after they have left office, but has no power to issue sanctions or fines for breaches.

The watchdog launched an inquiry into Lord Hammond’s email to the Treasury’s second permanent secretary, Charles Roxburgh, in July last year in relation to OakNorth bank, on whose advisory board he sits.

The Tory peer told Mr Roxburgh that the firm was “very keen to ensure that the right people” at the Treasury saw a presentation about “Covid stress-testing” software it had developed for assessing corporate borrowers.

In a letter to Acoba chair Lord Pickles, Hammond said he did not believe that the message broke lobbying rules because OakNorth was offering the government access to the software free of charge as its contribution to the national coronavirus effort.

However, it its finding today, Acoba told Lord Hammond it was “an unwise step to contact senior officials at the Treasury on OakNorth’s behalf”.

It added: “In this case, as the former Chancellor paid by OakNorth, your contact with HM Treasury raises a reasonable concern that direct engagement with the second permanent secretary was only made available to OakNorth as a direct result of your time as Chancellor.

“The committee considers the use of your contacts in government in this way was not consistent with the intention of the rules and was not acceptable.

“The material consideration is the privileged access you obtained for OakNorth, not the commercial value of the proposition.”

Lord Hammond obtained clearance from Acoba to take up his position at OakNorth in January 2020, six months after leaving goverment when Boris Johnson took over from Theresa May as prime minister.

A spokesperson for the former chancellor said:“Lord Hammond emailed the Treasury last year to confirm that the relevant people had received a free-of-charge offer of support with Covid response from OakNorth Bank.

“He was not seeking to influence policy, obtain funding or win business from the government.

“The simple question for Acoba is: did his email breach any of the restrictions that Acoba had placed upon him when approving his role with OakNorth? The answer is clearly that it did not - but Acoba‘s substantive letter dated 31 August seems unwilling to say so explicitly, instead offering opinions while avoiding a straight answer to the question of fact.”

The ruling comes soon after David Cameron, in whose cabinet Lord Hammond served, came under fire for lobbying the Treasury on behalf of the failed Greensill Capital.

Senior Tory MPs have warned Liz Truss not to abandon the “levelling up” agenda, as new research reveals towns and cities in the Midlands and North continue to lag behind those in the South.Ms Truss did not mention Boris Johnson’s project to address inequality between regions during her first speech as PM, sparking fears she may ignore so-called “red wall” seats – crucial to the Tory 2019 election victory.Tory MPs in the Northern Research Group (NRG) warned that the current economic crisis “risks further increasing the North-South divide” – urging Ms Truss to commit to the levelling up agenda.On the...
POLITICS・6 HOURS AGO
The Independent

Truss to attend European Political Community meeting despite criticism of it

Liz Truss is expected to attend a meeting of the European Political Community, months after the prime minister criticised the Prague summit in her previous role.It is understood that the prime minister has changed her mind about the meeting because it will focus on two high-priority issues on Ms Truss’s agenda: energy and migration.The October summit is French president Emmanuel Macron’s scheme to bring together EU nations and countries outside the bloc. It is believed that the prime minister feels the need to see to now work with other leaders to tackle the crises being fought at home, exacerbated...
POLITICS・6 HOURS AGO
The Independent

The Prime Minister was lost for words at points as she faced her first round of interviews with the press following the economic fallout of the mini-budget.Liz Truss engaged in a lengthy pause on one occasion when asked by a local BBC radio station about the impact of her tax-cutting agenda on people’s mortgages across the UK.The Prime Minister also claimed she would lobby her own Health Secretary and deputy, Therese Coffey, in an attempt to see the roof of one of her constituency’s nearest large hospitals replaced.As Ms Truss defended Government borrowing aimed at cutting taxes to promote...
BUSINESS・7 HOURS AGO
The Independent

End to EU laws, mini-budget and farming review an ‘attack on nature’

Environmentalists have warned that new government policies risk seeing the countryside being concreted over and the dawn chorus silenced as they launch a citizen’s assembly to respond to the nature “crisis” in the UK.“We’re talking about the biggest attack on nature in a generation,” Jeff Knott, director of policy and advocacy for the Royal Society for the Protection of Birds (RSPB) told The Independent in an interview this week. “Which is why we’re fighting back in the way that we are.”In the past week, Liz Truss’s government has announced a series of policies that sent cascades of alarm throughout the...
AGRICULTURE・6 HOURS AGO

What the papers say – September 30

The papers conclude the working week with coverage of the Government’s tax cut plans, after the Prime Minister emerged for a round of interviews to defend her and the Chancellor’s mini-Budget.The Guardian reports Liz Truss and Kwasi Kwarteng will meet with the head of the Office of Budget Responsibility on Friday over the current “fiscal chaos”.Guardian front page, 30 September 2022: PM holds crunch talks with watchdog over fiscal chaos pic.twitter.com/7oNFif0BRx— The Guardian (@guardian) September 29, 2022Benefits are set to be curbed to fund the mini-Budget, according to The Times and The Daily Telegraph.Times: Defiant PM set to curb benefits to...
U.K.・3 HOURS AGO
The Independent

Prime minister Liz Truss and chancellor Kwasi Kwarteng will meet the head of Britain's independent fiscal watchdog today following a market meltdown triggered by the mini-budget.In an unusual move, Ms Truss and chancellor Kwarteng will meet the chairman of the Office for Budget Responsibility (OBR) Richard Hughes to discuss the economic and fiscal developments.Mr Kwarteng unveiled a string of tax cuts last week in a fiscal statement that was not accompanied by OBR forecasts. The forecaster said it had offered to prepare a draft for the new chancellor in time for the mini-budget but it was not taken up....
ECONOMY・45 MINUTES AGO