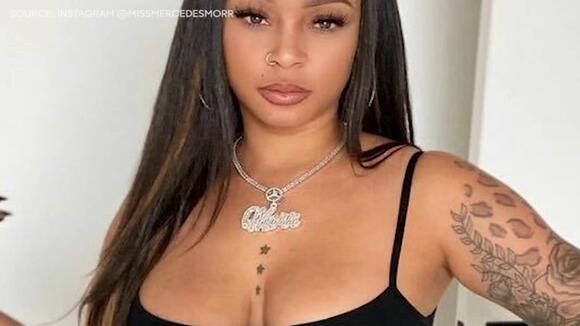 The mother and father of Jenae Gagnier, the Instagram star who was known to millions as Miss Mercedes Morr , say they've lost the brightest light in their family. "She's a person. That was our baby," said her mother, Jeaneta Grover. For the first time since Jenae's murder , her parents talked with ABC7's sister station KTRK-TV. They described their oldest daughter as a dependent and loving big sister, a daddy's girl, and her mother's best friend. "She was so famous in her world, and so loved in ours," said Grover. 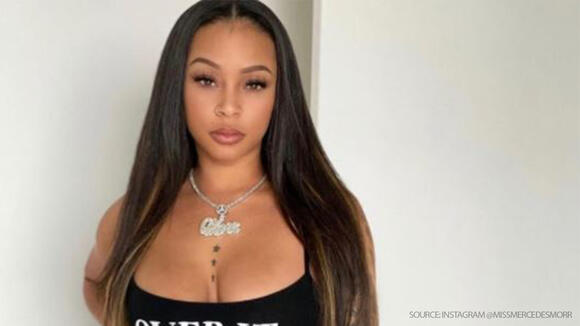 Across Houston, Jenae became famous in the entertainment industry. Her stunning and daring photos on Instagram drew hundreds of thousands of likes. "It scared the hell out of me," said her father, Mark Gagnier. "My daughter was beautiful. That scared the hell out of me. And she kept trying to get more and more beautiful, she worked on it hard. That scared the hell out of me." But even with that fear in his pocket, Gagnier never imagined what he would walk into when he arrived to his 33-year-old daughter's apartment Sunday evening. He rushed there concerned after his family had not heard from Jenae all weekend. "I know my daughter and when I got to my daughter's house and it was locked up and she's not answering my phone call, which is not like her, I knew something was up. So I didn't hesitate to kick the door down," said Gagnier. "What I saw, I wouldn't want any parent to go through." His daughter was dead at the bottom of the staircase. A heartbroken Gagnier thought it could have been an accident, but upstairs he and his girlfriend found Jenae's killer. Kevin Accorto, 34, had a knife in his neck. Investigators say he stabbed himself. "He was twitching, he was gurgling," Gagnier said. "I could look in the room and there's writings all over the wall." Penned with lipstick or pens, the rambling notes contained confessions, apologies and professed love for Jenae -- a woman who investigators do not believe Accorto knew personally. 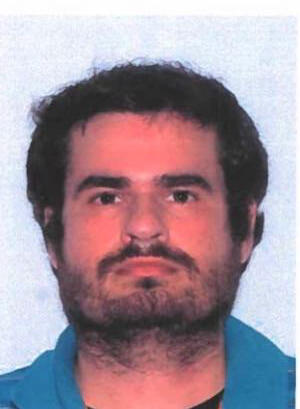 "My monthly conversation is, Jenae you have all these followers. Some probably because they love you, some because they like your look, some more crazy, and some obsessed," said Gagnier. Her family believes Accorto was just that -- a crazed follower who stalked Jenae and somehow found her. "I don't know how he found her and I don't know how all this happened," said her father. As news spread quickly over social media Sunday regarding the death of the Instagram star, so did rumors. "It went from false accusations of HIV or COVID, to other things," said Gagnier. Her parents say the rumors flooding the internet made it that much more difficult to mourn the loss of their daughter. The medical examiner ruled Jenae's death was a homicide. She was strangled and suffered a traumatic concussion, the Fort Bend County Medical Examiner confirmed. Investigators are working to figure out how Accorto found Jenae and got into her apartment.

Perfect example of drawing too much attention to yourself....For every man who thinks you're beautiful there's a sick person who wants you dead.

Khloé Got Real About How Instagram Haters Make Her Feel, And It's Heartbreaking

With over 189 million Instagram followers, to say Khloé Kardashian has a lot of people watching her life play out would be an understatement. She and her family members are some of today’s most prominent celebrities, which can lead to unsolicited comments from people they’ve never met. Most days, the reality star takes it all with a grain of salt, but there are times she feels the brunt of social media shade. Khloé Kardashian's new quotes about Instagram hate are so heavy.
CELEBRITIES・6 DAYS AGO
Page Six

She’s giving them breakup vibes. Lala Kent has fans wondering whether she and fiancé Randall Emmett have split after she either deleted or archived all the photos she had of him from her Instagram. The “Vanderpump Rules” star also posted a video to her Instagram Story of two male friends...
CELEBRITIES・1 DAY AGO
Black Enterprise

Rapper/Actress Eve Pregnant With Her First Child After Infertility Challenges

Just days ahead of the premiere of her latest professional project, Grammy Award winner Eve announced her next personal milestone: a new baby due in early 2022. The 42-year-old rapper and actress and husband of seven years, Maximillion Cooper, both shared the news via Instagram on Friday. “Can you believe it,” Eve wrote, tagging her husband in the caption, “we finally get to tell everyone!!!!! You all know how long we’v [sic] been waiting for this blessing!!! We get to meet our little human in February 2022.
WOMEN'S HEALTH・3 DAYS AGO
nickiswift.com

Jill Duggar, the former star of TLC's "Counting On," had some heartbreaking news to share with her fans. Both she and her husband, Derick Dillard, took to their individual Instagram accounts to reveal that Jill suffered a miscarriage recently. This would have been the couple's third child. They share two boys, Israel and Samuel.
CELEBRITIES・8 DAYS AGO

Before becoming the Duchess of Sussex, Meghan Markle initially rose to prominence through her time in Tinseltown. Starring as Rachel Zane in USA Network's "Suits," the former actor appeared in the show's first seven seasons before uprooting her life for royalty. She has also made appearances in prominent programs such as "90210," "CSI: NY," and "CSI: Miami," along with film appearances in "Get Him to the Greek" and "Horrible Bosses."
CELEBRITIES・7 DAYS AGO
Complex

As Netflix’s upcoming all-Black Western The Harder They Fall starring Idris Elba, Regina King, Jonathan Majors, and more continues to premiere in different cities across the globe, one of the film’s notable co-producers, Jay-Z, shared a special moment on the red carpet in L.A. with longtime friend Kelly Rowland. Netflix...
CELEBRITIES・5 DAYS AGO
celebratingthesoaps.com

Royal Family News: Prince Harry Has A Surprise In Store For The Queen

British royal family news reveals that Hollywood’s Fresh Prince, Harry, has had to admit to writing a tell-all memoir after Page Six leaked the news this summer. Royal experts and fans alike expect the court jester to publish a juicy autobiography filled with finger pointing and scandal just like his infamous Oprah Winfrey performance.
CELEBRITIES・17 DAYS AGO
99.9 KTDY

Dog the Bounty Hunter found a Florida campsite where Brian Laundrie and his parents were just days before Gabby was reported missing.
TV & VIDEOS・21 DAYS AGO

The Conners revealed in 2018 that Roseanne died from an accidental overdose of painkillers. But last night, the popular ABC sitcom gave audiences a look at how the character tried to handle her addiction to opioids. Darlene found a note her mom wrote in the margins of a Bible in...
CELEBRITIES・19 DAYS AGO
MLive

A reality television star has died as a result of a stabbing incident over the weekend in California, according to a news report. TMZ is reporting that Chris Pearson, 25, who was a contestant on MTV’s “Ex on the Beach,” was stabbed during an altercation around 2 a.m. Sunday and was transported to a hospital, but died around 3:30 a.m. from his injuries.
CELEBRITIES・7 DAYS AGO
Us Weekly

Not even once! Phaedra Parks was on the Real Housewives of Atlanta for seven years and has never let her kids watch an episode. “Never. That’s not child-appropriate,” Parks, 47, exclusively told Us Weekly while promoting Coresight Research’s 10.10 Shopping Festival, which takes place on Sunday, October 10. Parks shares...
ATLANTA, GA・9 DAYS AGO
Hello Magazine

Carrie Ann Inaba has had a difficult year and has been incredibly open about her health struggles, which led to her leaving The Talk to focus on her recovery. In a new post ahead of the Dancing with the Stars premiere on Monday night, the TV star opened up about her journey to wellness, which included everything from "endless blood tests" to "reading books and learning about emotional pain".
CELEBRITIES・29 DAYS AGO

'What has Tom Cruise done to his face?' Top Gun star sparks speculation he's had FILLERS... as Twitter reacts to changing appearance at LA Dodgers game

At 59, he is one of Hollywood's most enduring A-list action heroes. But on Saturday night, Tom Cruise appeared almost unrecognizable to some fans, as he enjoyed Game 2 of the National League Division Series in San Francisco. Sitting with his son Connor Cruise and smiling for pictures, many later...
CELEBRITIES・8 DAYS AGO
Page Six

The Lord is no longer reigning over the Kardashian kingdom. Fans flocked to social media overnight to perform a virtual wellness check on Scott Disick after hearing the news that his ex Kourtney Kardashian got engaged to Travis Barker. Operation “Check on Scott” saw one fan comment under Kardashian’s engagement...
CELEBRITIES・1 DAY AGO
HuffingtonPost

A New York woman who is suing Nicki Minaj and her husband, Kenneth Petty, for defamation and witness intimidation spoke about the allegations on camera for the first time this week. In an emotional appearance on Wednesday’s episode of Fox talk show “The Real,” Jennifer Hough said she was “tired...
CELEBRITIES・27 DAYS AGO
Popculture

'Dancing With the Stars': Derek Hough Shrugs off Engagement Pressure Amid Lengthy Relationship

Derek Hough is laughing off any pressure to propose to longtime girlfriend Hayley Erbert. The Dancing With the Stars judge recently poked fun at the comments he gets to pop the question to his fellow dances with a video in which he pretends to ask Shania Twain to marry him mid-dance. He quipped in the caption, "Marriage? People keep asking me when I'm gonna propose to [Hayley Erbert] but the truth is I'm already married. To [Shania Twain]."
THEATER & DANCE・14 DAYS AGO
CinemaBlend

Why Real Housewives Of Atlanta Is Losing Another Major Cast Member

The Real Housewives of Atlanta has seen its casting deck reshuffled frequently in the past few years. Kim Fields, star of Netflix’s recent production of The Upshaws, dropped out after a one-season stint in 2019, and she says she’s not coming back. Likewise, America's Next Top Model winner Eva Marcille left after two seasons as a main cast mate last year, and she was followed closely by longtime alum and fan favorite NeNe Leakes. Now another major cast member is leaving the show ahead of Season 14, but Cynthia Bailey has her reasons.
TV & VIDEOS・20 DAYS AGO
E! News

Jimmy Hayes' loved ones are finally getting closure after his stunning death. The NHL player, who passed away on Aug. 23 at the age of 31, died of "acute intoxication due to the combined effects of fentanyl and cocaine," the Massachusetts state medical examiner confirmed to E! News on Sunday, Oct. 17. The death was ruled to be accidental.
NHL・2 DAYS AGO
WWD

Click here to read the full article. If anyone is having a big year for style, it’s Megan Fox. From her naked Mugler dress at the MTV VMAs to her scorching red cutout Peter Dundas gown at the Met Gala to her bright pink, Barbie-inspired Mach & Mach jumpsuit at the iHeartRadio Music Awards, the actress has elevated her red carpet and street style again and again.More from WWDHalloween 2021 Pop Culture-inspired CostumesPhotos of the Best Men's Fashion at the 2021 EmmysBackstage at David Koma Spring 2022 In the last few months, Fox’s outfits have caused constant frenzies on the internet, with...
CELEBRITIES・4 DAYS AGO