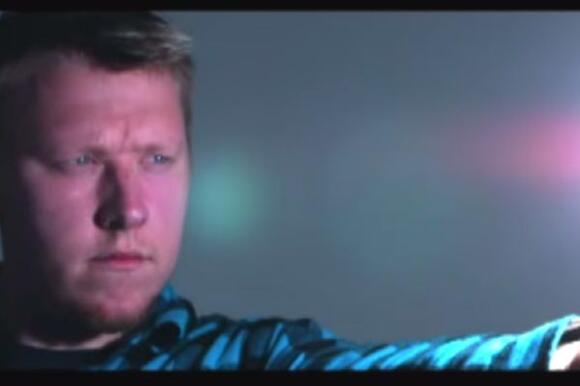 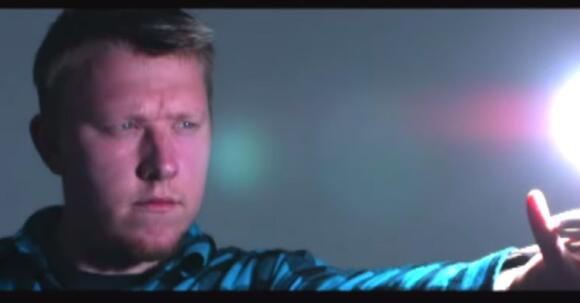 This article originally appeared on 09.08.17

A new camera developed at MIT can photograph a trillion frames per second. Compare that with a traditional movie camera which takes a mere 24. This new advancement in photographic technology has given scientists the ability to photograph the movement of the fastest thing in the Universe, light. In the video below, you'll see experimental footage of light photons traveling 600-million-miles-per-hour through water.

The actual event occurred in a nano second, but the camera has the ability to slow it down to twenty seconds. For some perspective, according to New York Times writer, John Markoff, "If a bullet were tracked in the same fashion moving through the same fluid, the resulting movie would last three years."

It's impossible to directly record light so the camera takes millions of scans to recreate each image. The process has been called femto-photography and according to Andrea Velten, a researcher involved with the project, "There's nothing in the universe that looks fast to this camera."

For those not well versed in moose facts, the shedding of antlers is normally a fairly lengthy process. It happens only once a year after mating season and usually consists of a moose losing one antler at a time. It’s incredibly rare for a bull moose to lose both at the same time—and even more rare that someone would actually catch it on film. That’s why shed hunter (yes, that’s a real term) and woodsman Derek Burgoyne calls his footage of the phenomenon a “one-in-a-million” shot.
9 DAYS AGO
Upworthy

Earth's inner core may have stopped spinning and could start spinning in reverse, reveals new study

Our planet Earth is constantly changing, moving and going through several phases whether by natural or human-made causes. A new shocking discovery has led scientists to believe that the rotation of Earth's deep core may have halted or perhaps reversed, per CNN. The crust, mantle, and inner and outer cores make up the Earth. The solid inner core is located around 3,200 miles beneath the Earth's crust and is separated from the semi-solid mantle by the liquid outer core. The inner core can hence revolve at a pace different from the Earth's rotation.
2 DAYS AGO
Ingram Atkinson

The world's first human-monkey hybrid has been successfully created in a laboratory, according to shocking research from Chinese scientists. This horrifying development occurred in 2021, after a team of researchers from the United States and Spain traveled to China in order to get around regulations that forbade this kind of research in their own nations.
3 DAYS AGO
Upworthy

Newspaper article from 1963 predicted the invention of mobile phones: 'That is so awesome'

In today's time, it seems unimaginable to live without mobile phones. It's probably the last thing that we see before sleeping and the first thing we check in the mornings. However, that was not the case always. Decades ago, one wouldn't have even thought of having a mobile phone. But a newspaper clipping from 1963 predicted the invention of mobile phones way before they came to be. The clipping has been doing rounds on Twitter. The article is titled, "You'll Be Able to Carry Phone in Pocket in Future." It was published on April 18, 1963, in Mansfield News Journal, an Ohio-based newspaper. The story's lead is "...Some day, Mansfielders will carry their telephones in their pockets. Don't expect it to be available tomorrow, though."
2 DAYS AGO
Upworthy

Terrified of turbulence? This TikTok star's 'jello video' may help ease your fear of flying

This article originally appeared on 06.23.22Fear of flying—aerophobia, in technical terms—is an extremely common phobia, affecting around 25 million adults in the U.S. alone. Some people grit their teeth and white-knuckle their way through their fear, while others find themselves unable to get on an airplane at all because of it. Such a fear is understandable, really. Hurtling through the sky at 500 miles per hour, tens of thousands of feet above the Earth's surface, isn't exactly the way humans were designed to get from place to place. (We may have evolved with the brain power and ingenuity to make it happen, but that doesn't mean we automatically go along for the ride without our sense of self-preservation kicking in.)
5 DAYS AGO