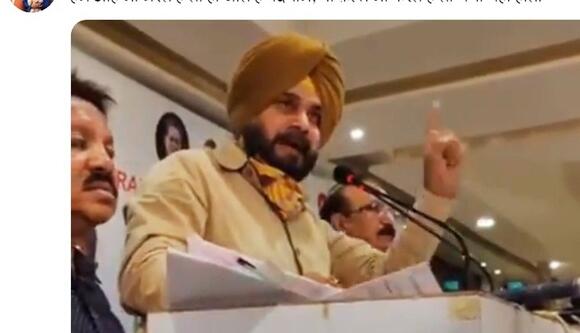 New Delhi, Aug 28 (SocialNews.XYZ) Prominent leader of the G-23 group in the Congress, Manish Tewari is upset over the party's silence on Punjab Congress President Navjot Singh Sidhu, who has used threatening language against the party.

Sources close to Tewari said that last year in August when the group of leaders wrote a letter for the betterment of the party, they were called traitors, but now no action was being taken against Sidhu.

Tewari tweeted the video of Sidhu on Saturday, who is saying t......