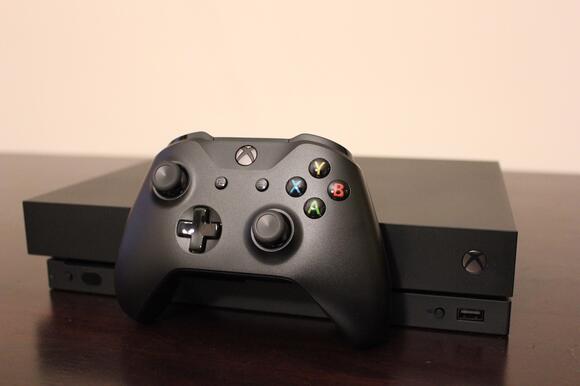 Gaming comes naturally to some and, to others, it takes a lot of work. Regardless, that’s not going to stop anyone from spending hours trying out new games to hone their skills. If you’re someone who is interested in what Xbox has to offer, you’re in luck. Microsoft’s Xbox One is one of the most powerful video game consoles ever made, but what good is all that power if you don’t have the latest and greatest games to play? If you’ve been slacking lately and you’ve neglected to keep up with all of the great releases that have been hitting the Xbox One, don’t worry because we’re about to catch you up with the best new games every Xbox One owner needs to have. Here are our picks for the best Xbox One games right now.

If you’ve been a fan of Xbox for a while, you’ve likely played Halo before. With the latest Halo: The Master Chief Collection , you’ll get more of what you love and get to play remastered versions of the original Halo 2 . You’ll instantly be able to switch between the re-mastered game and the original game from 2004. You can uncover new Halo 5: Guardians elements in hidden terminal videos. All the new skills you have will allow you to experience campaigns in new ways.

Play the 23 original multiplayer maps that fans remember as well as six new maps. There is a Master Menu to seamlessly navigate The Master Chiefs storylines. There are cross title themed campaign playlists created by the game designers. Your favorite multiplayer games are enjoyed across over 100 multiplayer and Spartan Ops maps. Plus, Halo: Nightfall is a live-action digital series you can enjoy with this. 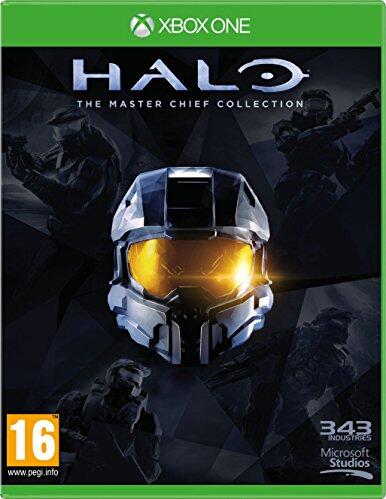 For those who are huge fans of action sports, Forza Horizon 4 is a great pick for you. Building off of the popular franchise, this version lets you experience what it’s like racing in different seasons. This has a shared open-world experience and you can collect over 450 cars. This lets you become a Horizon Superstar in historic Britain.

You’ll discover lakes, valleys, castles, and also more breathtaking views. It will all be in native 4K and HDR on Xbox One X and Windows 10. The scenery changes and weather changes have you driving through muddy, dry, wet, snowy, and icy conditions. There is new content every week and there is also new gameplay, challenges, and rewards. You can also play solo or cooperatively. 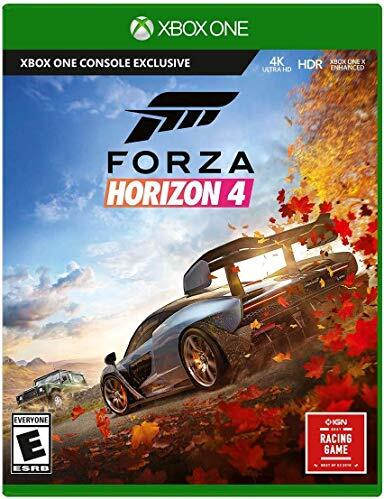 Best fantasy game: Ori and the Will of the Wisps

In Ori and the Will of the Wisps , you’ll have a chance to find Ori’s true destiny. Fans of the series know just how exciting it is to explore the world. It is a vast, beautiful, immersive, and dangerous world filled with enemy encounters, challenging puzzles, and escape sequences. You’ll unravel Ori’s true destiny in this story-driven fantasy adventure.

There are dozens of new spells, skills, and spirit weapons to use. The new combat mechanics also open up the world of Ori. You can also customize your gameplay with newly acquired attacks. This is also available exclusively on Xbox One and the extended adventures and new worlds make it worth your while. 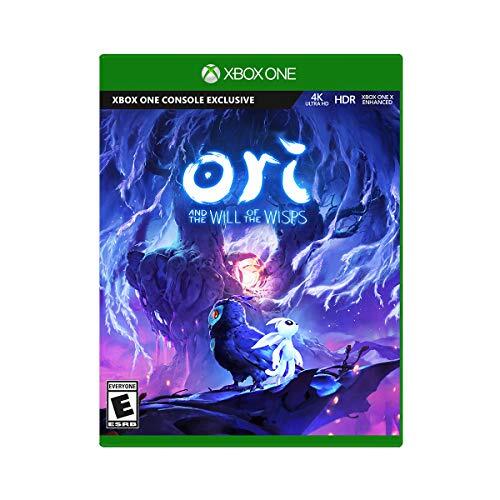 Ori and the Will of the Wisps – Xbox One

Cons: Some feel not enough is changed from previous iterations

If you’re a fan of football, you should consider getting this year’s iteration of Madden . Madden NFL 22 gives you new features and some of the best graphics you’ll find. This has Franchise mode that includes staff management, weekly strategy, and a new enhanced seasons engine. There are different additions to the game, including Face of the Franchise and The Yard. This has avatar progress that you can share.  When you’re playing in Ultimate Team mode, for the first time, you can adjust Superstar X-Factors at halftime. 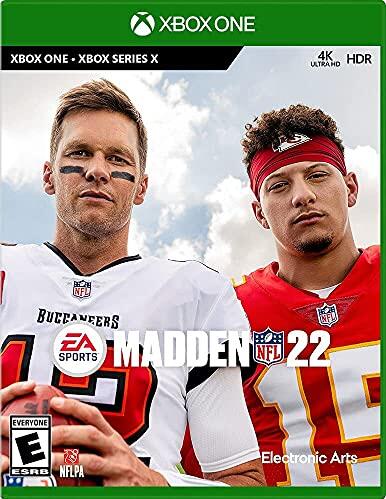 Assassin’s Creed Valhalla brings the world-renowned franchise to the time of the Vikings. You can lead epic Viking raids against Saxon troops and fortresses. It’ll feel like you’re in that time period, as the visceral fighting style is recreated. You can also dual-wield powerful weapons, crushing your opponents. This has the most varied collection of enemies in the franchise’s history.

Each choice that you make in the game will shape your character’s story arc. You can even explore a Dark Age open world, leading you from the shores of Norway to beautiful kingdoms in England. Furthermore, this helps Assassin’s Creed return to prominence. 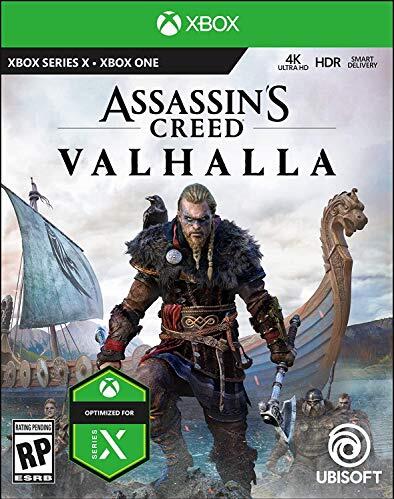 Check out our unboxing of the Xbox Series X !

The XBox Series X and both versions of the Playstation 5 will go on sale at Walmart at 9 a.m. PST Monday, but there’s a catch: You have to be a Walmart+ member to take advantage of the deal. If you’ve been chasing these coveted consoles since their release last year, this deal is a bit of a no brainer, but it’s worth explaining how Walmart+ works anyway.
VIDEO GAMES・8 DAYS AGO
The Oregonian

Why Halo 3: ODST Is The Best Halo Game

Yes, better than Halo 2, Halo Reach, or especially Halo 5: Guardians. Halo 3 ODST is the game that should not be. Not only is ODST a complete tonal shift for the franchise, focusing on a more somber, small stakes story, it was also created out of the ashes of a completely different Halo project and made in basically a single year. This game should be a complete mess.
VIDEO GAMES・15 DAYS AGO
wccftech.com

Black Friday 2021 isn’t here quite yet, but the Microsoft Store’s Xbox Black Friday Sale is in full swing. Check out the Microsoft store online or via your console for discounts on a variety of games, Xbox Game Pass, and gaming laptops and accessories. You can check out some selected deals below (prices have been rounded to the nearest dollar mount).
MLB・13 DAYS AGO

Cyber Monday 2021 is here and with it are a number of great deals for Microsoft's flagship games platform. Whether you're looking for an Xbox Series X or S, accessories, an Xbox Game Pass subscription, or just some new games to play, there are plenty of opportunities to save some money.
FIFA・14 DAYS AGO
windowscentral.com

If we’re talking about the Assassin’s Creed series, many people’s favourite game in the series is Assassin’s Creed: Black Flag. The combination of the awesome ocean battles, merry men singing sea shanties, and the classic Assassin’s Creed mechanics was a real winner, and that’s without mentioning the epic story. So we’re happy to see the lead writer of Black Flag is back working on the series and seems more excited than ever.
VIDEO GAMES・13 DAYS AGO
Eurogamer.net

It's the Black Friday weekend. While the big day is officially over, there's still a myriad of gaming and tech deals available online as retailers carry through their deals to Cyber Monday. Here, you'll find all of the Black Friday deals that are still available, covering everything from deep price...
FIFA・12 DAYS AGO

Microsoft's Halo 5: Guardians is a stellar 50% off for Xbox One with this Black Friday deal

Are you itching to get your mitts on the new Halo Infinite game when it drops next month? We've got you covered with the perfect primer at a sweet price that'll have you strapping on your power armor and raising a defiant fist in victory. Newegg is offering up a...
VIDEO GAMES・12 DAYS AGO
Business Insider

When you buy through our links, Insider may earn an affiliate commission. Microsoft's Xbox brand is celebrating its 20th anniversary this year. Black Friday is the perfect time to pick up newly launched Xbox exclusives like Halo Infinite and Forza Horizon 5 or get a discount on Xbox Game Pass, the Netflix.
VIDEO GAMES・10 DAYS AGO
wccftech.com

A brand-new Assassin’s Creed Valhalla 4K showcase has been released, showing how gorgeous this title really is. Ubisoft’s latest Assassin’s Creed installment are known for their stunning environments, and Valhalla is no exception. The team behind the game has really done an exceptional job at giving players an immersive environment with beautiful lighting. Although the game already looks pretty great on PC and the next-gen consoles, this new showcase is something else. Courtesy of “Digital Dreams”, this new video has the title running in 4K resolution on Ultra Settings on an NVIDIA RTX 3090 GPU with ReShade Ray Tracing effects to improve Valhalla’s Ambient Occlusion effects and Global Illumination.
VIDEO GAMES・10 DAYS AGO
gamerevolution.com

Some of the best video game deals of the year come during the Black Friday and Cyber Monday sales on Amazon. Unfortunately, it’s not easy to sort the wheat from the chaff when it comes to electronics on the site, so it can be tough to find significant savings on desirable items. Nevertheless, we’ve combed through Amazon video game deals to find the best that Black Friday and Cyber Monday bring.
FIFA・10 DAYS AGO
USA TODAY

Ever since Ubisoft pushed a surprise PlayStation 5 update for Assassin's Creed Odyssey — allowing the PS4 game to run at 60 frames-per-second on Sony's current-gen console — fans have been wondering whether Assassin's Creed Origins will get the same treatment. Odyssey's update arrived back in August, so what's the hold up?
VIDEO GAMES・10 DAYS AGO
cogconnected.com

Now that ‘Black Friday’ is behind us, retailers are shifting their attention to Cyber Monday. GameStop’s Cyber Monday sale offers several notable deals, including Assassin’s Creed Valhalla and Immortal’s Fenyx Rising for $19.99. However, this price is only valid for the first 200 buyers, with both titles costing $29.99 after this point.
VIDEO GAMES・8 DAYS AGO