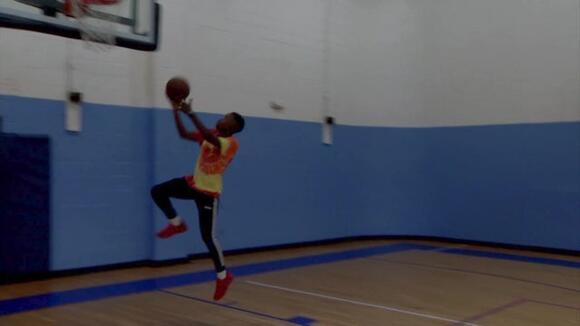 An international college student became an unexpected camp counselor this summer at the YMCA in New Rochelle.

The core principals at the YMCA in New Rochelle are respect, caring, honesty and responsibility - and officials at the YMCA say that no one embodied that more this summer than camp counselor Archie Boka.

Boka was visiting family for the summer, staying with an aunt while on break from school at Ohio State University where he is a burgeoning track star.

Since Boka was new to the area, he says he didn’t know anyone.

He was playing basketball on the court at the YMCA one day during a time reserved for kids when he was approached by a man who wouldn't let him play because he was new and said he needed to do a background check.

As he left, the CEO of the center spotted Boka and approached him, learning his story.

The CEO says on a whim, she offered him a volunteer job at their summer camp.

Boka says the experience of being a counselor helped him learn the value of community.

“It's been life changing. I'm a better man than I was at the start of the summer,” says Boka.

As an international student, he was unable to get paid but was surprised with a $4,000 scholarship from the YMCA.

Boka says the money will help but what’s more valuable to him is the lessons he learned.

Caregivers in Stratford will be honored today on Giving Tuesday, a day dedicated around the world to promoting generosity in all its forms.
STRATFORD, NY・6 HOURS AGO
News 12

Giving Tuesday: What Newark is doing to give back to their community on this National Day of Giving

Giving Tuesday is today -- a day that Americans come together to give back to their communities.
NEWARK, NJ・4 HOURS AGO
News 12

His next challenge is this weekend when he'll run...and run...and run - for a full 24 hours, joining one of his passions with another.
SHELTON, CT・16 HOURS AGO
News 12

Rapper Fivio Foreign and Hot 97 hosted a Thanksgiving dinner and donation drive for Brooklyn kids whose parents are incarcerated.
BROOKLYN, NY・21 HOURS AGO

Kids ages 5-11 will be able to get their second dose of the COVID vaccine at New York City public schools Tuesday, including a pop-up vaccination site at P.S. 67 in Fort Greene.
NEW YORK CITY, NY・5 HOURS AGO
News 12

The Bridgeport community kicked off the holiday season Monday with the Christmas tree lighting ceremony.
BRIDGEPORT, CT・14 HOURS AGO
News 12

Appointments for COVID-19 booster vaccines are filling up across the Hudson Valley due to concerns about the omicron variant.
YONKERS, NY・18 HOURS AGO
News 12

Menorah lighting to be held in Goshen to celebrate Hanukkah

Celebrations will be held in Goshen on Tuesday for Hanukkah.
GOSHEN, NY・20 HOURS AGO

P.S. 67 in Fort Greene is one of three locations across the city that will be turned into a vaccination site.
NEW YORK CITY, NY・14 HOURS AGO
News 12

Before they made it big, iconic rock band The Who played a shot at Union Catholic High School in Scotch Plains on Nov. 29, 1967.
SCOTCH PLAINS, NJ・13 HOURS AGO
News 12

The teenager was struck by a car on the corner of Avenue X and West 2nd Street.
BROOKLYN, NY・18 HOURS AGO
News 12

A Midwood family is dazzling their neighborhood with their annual Hanukkah light display.
NEW YORK CITY, NY・14 HOURS AGO
News 12

The Melrose and Cortlandt NYCHA developments in the Bronx now have access to high-quality, low-cost broadband.
BRONX, NY・22 HOURS AGO
News 12

Camden: Votes are in, Woodrow Wilson High School is getting renamed over a legacy of racism

Former President Woodrow Wilson has been the name of the Camden County High School for over 90 years.
CAMDEN COUNTY, NJ・6 HOURS AGO
News 12

The NYC Parks Department is taking action to help native birds and bees after they say the pollinators are in dire need of more natural space.
NEW YORK CITY, NY・4 HOURS AGO
News 12

A funeral Mass was held Monday for 26-year-old Sean Carroll at the Holy Rosary Church in Hawthorne.
THORNWOOD, NY・20 HOURS AGO
News 12

Officials from across the country have been stripping Wilson's name from buildings over a legacy of racism.
CAMDEN COUNTY, NJ・13 HOURS AGO