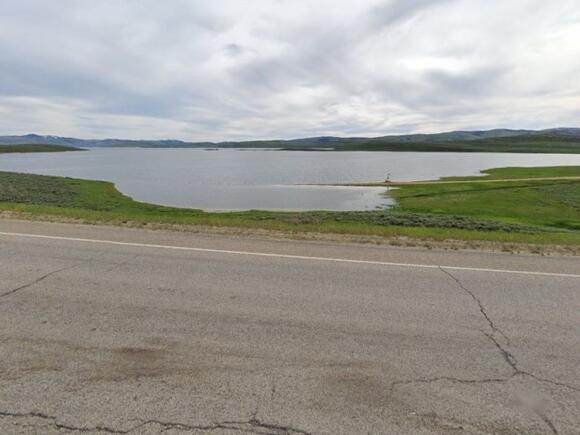 WASATCH COUNTY, Utah — A man was found dead in the water at Strawberry Reservoir Monday after he was reported overdue from an outing on his boat.

The man's family called 911 around noon, saying he had spent the night on his boat and planned to return to the Aspen Grove dock around 9 a.m.

The Wasatch County Sheriff's Office said his boat was then found about 100 yards from the shore near Soldier Creek, anchored and unattended.

A search was then underway with several local agencies involved.

He was found about 50 feet below the water beneath the boat.

His name has not yet been released, but officials say he was a 44-year-old man from Murray.

The Utah Medical Examiner's Office will perform an autopsy to determine the cause of his death.

"We are saddened to hear of the loss of this man and our hearts are with the family and friends so deeply affected," the sheriff's office wrote in the announcement. "We thank all of our first responders, including the 911 dispatchers and Search and Rescue Team, for working through these tragic situations and serving so well."

The family of a woman killed during a high-speed police chase is struggling to understand why this tragedy happened.
SALT LAKE CITY, UT・15 HOURS AGO
FOX 13 News

The woman who died Saturday after being hit by a suspected drunk driver fleeing from police has been identified.
SALT LAKE CITY, UT・1 DAY AGO
FOX 13 News

An unlicensed driver was arrested Wednesday following an Orem crash on October 15 that killed two BYU students, according to the Salt Lake Tribune.
OREM, UT・1 HOUR AGO
FOX 13 News

Will the Gabby Petito murder become a closed case, without a suspect ever being charged and justice served for her family?
SALT LAKE CITY, UT・14 HOURS AGO

2 arrested after shooting at Liberty Park

Two people are in custody Wednesday after a shooting in Liberty park, according to police.
LIBERTY, UT・22 HOURS AGO
FOX 13 News

Family members of an 82 year-old man gunned down in West Valley City are offering an additional $2,000 in reward money to match the $2,000 offered by United States Marshals Service for information leading to the arrest of Noel Munoz Lopez, a "person of interest" connected to the murder.
WEST VALLEY CITY, UT・25 MINUTES AGO
FOX 13 News

Police have arrested a man in connection with a crash Saturday in Salt Lake City that killed a woman and a dog, and critically injured another woman.
SALT LAKE CITY, UT・1 DAY AGO
FOX 13 News

A Utah man who recently went missing has been found dead.
UTAH STATE・3 DAYS AGO

Charges possible in death of cyclist in Roy

Detectives who have been investigating an accident that killed a bicyclist in Roy last month have submitted their report to the district attorney for possible charges.
ROY, UT・2 DAYS AGO
FOX 13 News

The family of a Taylorsville woman can’t come to terms with her death as police search for her suspected killer.
TAYLORSVILLE, UT・2 DAYS AGO
FOX 13 News

Celebration of life held for radio DJ killed in Taylorsville

Police have secured an arrest warrant for homicide for the suspected killer of a Taylorsville woman.
TAYLORSVILLE, UT・1 DAY AGO
FOX 13 News

A man is in custody after police say he stabbed someone at Pioneer Park and then tried to break into someone's apartment with an ax.
SALT LAKE CITY, UT・2 DAYS AGO

A crash during a police chase through the Salt Lake area resulted in the death of a woman who was in a vehicle not involved in the pursuit.
SALT LAKE CITY, UT・4 DAYS AGO
FOX 13 News

A Silver Alert was issued Saturday for a missing Carbon County man who was last seen two weeks ago.
CARBON COUNTY, UT・4 DAYS AGO
FOX 13 News

Police are looking for a male suspect who they say is "armed and dangerous" after finding a woman shot to death.
TAYLORSVILLE, UT・4 DAYS AGO
FOX 13 News

A crash is under investigation after it caused two deaths and multiple injuries Friday night.
OREM, UT・5 DAYS AGO
FOX 13 News

A driver is lucky to not only be alive, but to have been uninjured in a wild crash on a Utah highway that was captured entirely on video.
MILLCREEK, UT・6 DAYS AGO
FOX 13 News

A $10,000 reward is being offered for information leading to the location of a Tooele man.
TOOELE, UT・7 DAYS AGO