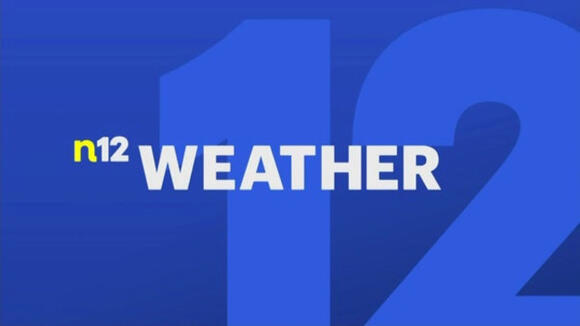 Heidi I wish him luck in what ever he does I am sure he would make a great editor someday. Keep praying and God will put you in the right place at the right time. I SAY GO FOR IT.

STORM WATCH: Tracking the impact of heavy rain on NJ roads in Thunderbolt 12

Steady rain continues in parts of New Jersey. News 12's Lauren Due was in Thunderbolt 12 to check out road conditions to keep you safe.
ENVIRONMENT・1 DAY AGO
Thrillist

Although Hurricane Ian mainly hit the Carolinas and Florida, some of its repercussions were felt further north too, including on New Jersey's beaches. The high tides and intense ocean activity brought by Ian led to the creation of some dramatic cliffs across New Jersey's beaches. Beach erosion impacted the New Jersey coastline and—in some points in Beach Haven on Long Beach Island—the resulting sand cliffs now stand 10-12-foot-high, James Sferra, the recycling coordinator in the public works department, told NJ.com.
ENVIRONMENT・12 HOURS AGO

If you live at the shore, you know how horrible conditions this week have been. The rest of us have been getting the nasty rain and wind but down the shore the situation is awful. It's nothing like the devastation hurricane Ian caused in Florida and South Carolina, but the...
SURF CITY, NJ・13 HOURS AGO
News 12

WEATHER TO WATCH: Chance of rain lingers into the afternoon as temps remain cool

Showers to clear for sunny, mild Thursday in the Hudson Valley

For some, the weather New Jersey gets during the Fall season can be considered the sweet spot. It's not too hot. It's not too cold. It's juuuuust right...and there is chocolate everywhere. But those temperatures will be plummeting in the next month or so and snow will be in our...
ENVIRONMENT・2 DAYS AGO
Beach Radio

How will this impact you? We all hate to see this, especially if you have to use it every day for work or to head home. Here's what you need to know, according to nj.com. A project which started earlier this week has a lot of commuters having to go a long way to get around and get off at a further exit. The exit is 105. Exit 105 Tinton Falls South on the Garden State Parkway will be closed starting this week (the rain might postpone this) and ending sometime in May 2023.
TINTON FALLS, NJ・21 HOURS AGO
News 12

Sunshine returns for Thursday with temperatures warming into the low-70s

So much rain in NJ lately — but is the drought finally over?

Since it’s been raining in New Jersey since the end of last week, and more rain is in the forecast for Tuesday, you might think the Garden State’s drought concerns are over. Unfortunately, however, that is not the case. According to Dave Robinson, the New Jersey state climatologist...
AGRICULTURE・2 DAYS AGO
NBC New York

Drivers who went through a certain toll plaza in southern New Jersey may be owed money. A malfunction caused thousands of drivers on the Garden State Parkway who went through the Great Egg Harbor toll plaza in Atlantic County in September to be over-charged, the state confirmed on Tuesday. Officials...
ATLANTIC COUNTY, NJ・1 DAY AGO
News 12

Warmer temps, sunny skies move in just in time for the weekend

It's the scariest time of the year. Halloween brings out the fear seeker in all of us here in New Jersey. Here are three of the scariest spots in the whole state. As you probably imagined, there are some pretty scary spots throughout the Garden State, so we did a little research and found three different places in New Jersey that different experts chose as the scariest place in the state. We'll leave the ultimate decision up to you.
TRAVEL・18 HOURS AGO
Beach Radio

Amazing, The Oldest Stewarts Root Beer In The Country Is In New Jersey

There are a lot of historic sites around New Jersey that are worth taking a day trip to see. There's Historic Smithville, The Central Railroad of New Jersey, Absecon Lighthouse, and Lucy the Elephant just to name a few!. What's even more fun though, is when you can visit a...
BURLINGTON TOWNSHIP, NJ・17 HOURS AGO
Beach Radio

WOW! Is This The Biggest Christmas Tree in All of New Jersey?

OCEAN CITY, N.J. (CBS) – Remnants of Hurricane Ian are drenching the Delaware Valley and the Jersey Shore. The shore is under a coastal flood warning until Tuesday night.Boat docks in the bay of Ocean City were almost completely underwater and flooding conditions closed some roads.Driving down to the shore may take more time as intense rainfall reduces visibility and strong winds impact driving.The national weather service has issued a coastal flood warning, a wind advisory and a high surf advisory, all in effect on Monday morning.To prepare, officials have already put up barricades in areas...
OCEAN CITY, NJ・2 DAYS AGO
News 12

She says work has begun on a draft environmental impact statement for the upgrade of the roadway to interstate standards. Public outreach and involvement efforts are expected to begin early next year.
ORANGE COUNTY, NY・12 HOURS AGO