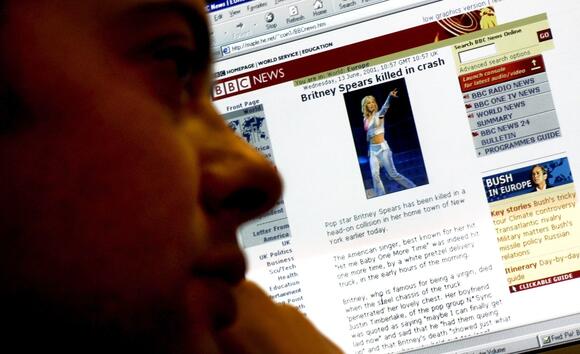 The key to understanding how misinformation, falsehoods and conspiracy theories are spread and accepted may be rooted in our animal instincts and evolution, according to a new paper by Danish political scientists.

According to “The Evolutionary Psychology of Conflict and the Functions of Falsehood" by political scientists Michael Bang Petersen and Mathias Osmundsen and anthropologist John Tooby, the history of human deception has evolved from group conflicts, Salon reported.

“What we're trying to understand is, why people believe things that must be false. The traditional narrative is, 'Well if you believe false things, then you must be stupid. It must be because you haven't really made an effort to actually figure out what is going on,’ ” Petersen told Salon. “But over the last few decades, more and more research has accumulated that suggests that's not the case. In fact the people who are responsible for spreading misinformation are not those who know the least about politics. They actually know quite a lot about politics.”

To answer this question, the researchers sought to determine if there was anything adaptive about believing false information. In Petersen’s words, do people believe false information on purpose rather than by accident?

In the case of animals and evolutionary biology, Petersen cites how animals spread their own version of false information “all the time” in conflict situations so they can have an advantage over a competitor.

Animals will try to get an upper hand in conflict situations by making false signals, the product of biological evolution, and have some sort of evolutionary advantage through fake information.

For example, animals try to make themselves appear larger than they actually are to ward off other animals, Petersen told Salon.

For humans, spreading and engaging in misinformation or lies might have “certain advantages” for a group, Petersen says.

It could “give them an upper hand in the conflict with the other group,” Petersen told Salon.

Peterson explained that having knowledge does not exempt one from accepting false information, and those who spread misinformation might actually know what they are doing.

The researchers identify three ways information is shared between humans: group mobilization for conflict, coordination of attention, and signaling commitment.

Humans, Petersen said, can use these strategies to either communicate the truth or falsehoods — particularly when it comes to conflict between groups.

“When you want to mobilize your group, what you need to do is find out that we are facing a problem, and your way of describing that problem needs to be as attention-grabbing as possible,” Petersen told Salon. “In that context, reality is seldom as juicy as fiction. By enhancing the threat — for example, by saying things that are not necessarily true — then you are in a better situation to mobilize and coordinate the attention of your own group.”

What’s funny about all this is FB, Twitter and all media doesn’t stop people from talking about a flat earth, alien abductions or any other crazy stuff but question the validity of anything and you get blocked. I was taught in school to question everything, not just believe. A good rule is don’t believe anything you hear and only half of what you see. 2 or more sides to every story

It's Not So Much Evolution, It's Just People Are Looking Back At History And Seeing That Some Things Have Been Tried And Done Before. People Are Learning From The Past, And Common Sense Should Tell You Not To Repeat The Same Mistakes.

Nothing new about lying, it's been in play since the Garden when the serpent. decieved Eve about what God said. It may mutate into various forms and be found in any and all venues, but it still is founded in that Father of Lies who would keep us from theTruth. His purpose remains to deceive us so that we cannot find the Way, and his lies lead us to death and never to the Life. Thank you, Jesus, for bringing Truth and Light into this world made dark by his lies.

It’s a story many have heard before. COVID-19 enters a household whether through a spouse, parent, sibling or caretaker – but despite extensive exposure, not everyone gets sick. [. SEE:. Latest Coronavirus and Vaccine News ]. And it could be a more common occurrence than some think. The...
PUBLIC HEALTH・28 DAYS AGO
Salon

A plethora of downright bizarre scientific research from the Department of Defense previously kept under wraps has been uncovered, revealing an array of peculiar schemes proposed by the United States military. One outlandish proposal suggested detonating nuclear bombs on the moon to create a tunnel through it. Millions in taxpayer dollars were spent on the research, which appears to have relied on a contractor, Bigelow Aerospace Advanced Studies, which was owned by multi-millionaire Robert Bigelow, a hotel impresario. The public was kept in the dark until now regarding what research was being funded.
ASTRONOMY・22 DAYS AGO
Fortune

Sign up for the Fortune Features email list so you don’t miss our biggest features, exclusive interviews, and investigations. Reports that Twitter’s board could come to a deal with Elon Musk as early as Monday are raising red flags among media watchdog groups. On Monday, Media Matters, a...
PRESIDENTIAL ELECTION・24 DAYS AGO