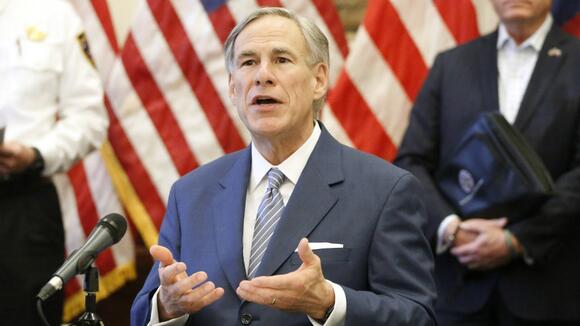 Texas Gov. Greg Abbott (R) has officially called for a second special legislative session to begin Saturday, with elections on the agenda as state GOP members aim to pass a sweeping voting bill that prompted Democratic lawmakers to leave the state in protest last month.

The governor, who had promised to call a second session to pass the GOP elections bill, issued a proclamation Thursday saying the session will begin at noon Saturday, one day after the first special session is scheduled to end.

The agenda items for the upcoming special session including “legislation strengthening the integrity of elections in Texas,” as well as a number of other items like legislation banning mandatory mask mandates in public K-12 schools and providing additional funding for border security.

Abbott also unveiled the proclamation on Twitter Thursday, writing that the Texas legislature “must finish the work that was started.”

Texas House Democrats who fled the state have not yet revealed how they plan to move forward in their response to GOP members’ push to pass the voting rights legislation, which Democrats have fervently opposed over arguments that it would disproportionately make it harder for voters of color and those with disabilities to cast their ballots.

The bill, which was passed by the GOP-led state Senate last month a day after House Democrats left on a flight bound for Washington, D.C., proposes several restrictions on voting, including banning around-the-clock voting centers and voting facilities in outdoor structures such as parking garages.

The legislation also calls for the elimination of straight-ticket voting and limits on the use of drop boxes.

Abbott said last month said that Democratic lawmakers who left to deny Republicans a quorum to convene a special legislative session would be arrested upon their return to Texas and “will be cabined inside the Texas Capitol until they get their job done.”

However, Texas Democrats pushed back on the threat, with Texas state Rep. Jasmine Crockett (D) arguing last month that she and other lawmakers had not committed a crime.

The Texas Tribune noted this week that the 50 House Democrats could take a number of actions moving forward, including staying in D.C., returning to Texas but remaining in their home districts or traveling back to the state Capitol in Austin.

The lawmakers could also travel to another state to continue preventing a quorum in the state House.

State Rep. Alma Allen (D) told reporters Tuesday that the caucus will likely make a decision on next steps depending on what happens with efforts to advance federal voting rights legislation in Congress.

Abbott has threatened to continue calling special sessions until the state voting bill is passed.

Texas Governor Greg Abbott recently announced that he will spend $100 million to fight illegal immigration and address the southern border crisis. "The number of undocumented migrants reaching the US-Mexico border has hit the highest level in more than 20 years in the latest sign of the humanitarian crisis facing the Biden administration," per the BBC. That's why Texas Governor Abbott held a press conference in Del Rio to discuss the recent surge of migrants on the southern border:
TEXAS STATE・21 HOURS AGO
13WMAZ

ATLANTA — Governor Brian Kemp is calling Georgia lawmakers back to the Capitol on Nov. 3 to redraw congressional and legislative districts, he announced Thursday. Legislators are already busy drawing new lines. Majority Republicans looking to increase the number of congressional seats that their party holds, while preserving control of the state House and Senate.
GEORGIA STATE・12 HOURS AGO
El Paso News

EL PASO, Texas (KTSM) — The Texas abortion ban is making its return to the U.S. Supreme Court. On Thursday, a broad coalition of abortion providers and others women’s reproductive rights activists asked SCOTUS to expedite next steps in the case in challenging Texas’ Senate Bill 8 (SB 8), which implements a near-total abortion ban in the state afte six weeks of pregnancy.
TEXAS STATE・14 HOURS AGO
WDEF

Gov. calls special session in Alabama to deal with prisons

MONTGOMERY, Ala. (AP) – Alabama Gov. Kay Ivey has issued the call for a special session focused on prison construction as a solution to the state’s longstanding problems in corrections. Ivey on Thursday called for lawmakers to return to Montgomery on Monday. The centerpiece of the session is a $1.3...
ALABAMA STATE・12 HOURS AGO

Gov. Greg Abbott on Wednesday added property tax relief and a constitutional amendment addressing bail changes to the third special session of the year. “These two additional agenda items are crucial to improving the quality of life for all Texans,” Abbott said in a statement. “I look forward to working with my partners in the Legislature to pass these additional items that will lower property taxes and keep Texans safe.”
POLITICS・1 DAY AGO
KENS 5 Eyewitness News

As of Monday evening, city officials said over 10,000 Haitian migrants are still encamped under the bridge, down from nearly 15,000 last week.
TEXAS STATE・2 DAYS AGO
The Oakland Post

Our flag flies the same colors since our founding: red, white and blue. While this hallowed emblem of our nation has remained a constant of our ideals, has our government undergone many tumultuous changes? What do these changes mean for the future of reproductive freedom and Roe v. Wade?. When...
TEXAS STATE・2 DAYS AGO

Greg Abbott seems to be "filling out a ‘bingo card’ of rightwing policy desires." I love Texas. And when talking to out-of-state friends, defend Texas as much as I can, but lately, I have been getting comments about Governor Greg Abbott that poses questions. Such is Abbott trying to make Texas too conservative? Is he pushing Texas to the extreme, right? The new SB8 law that came into effect this week is one law that is angering the liberals.
TEXAS STATE・2 DAYS AGO
brownwoodnews.com

The Third Special Legislative Session began on Monday with five items on the agenda. Redistricting is at the top of the list and will impact who Texans will vote for to represent them during the coming decade. State lawmakers will use new Census data to redraw political maps. “The Texas...
TEXAS STATE・2 DAYS AGO
CBS DFW

TEXAS (CBSDFW.COM) – News that Democrat Beto O’Rourke is considering a run against Governor Greg Abbott has people talking, including Democratic activist Haley Taylor Schlitz. “I’m excited about the potential turn of the tables, a potential change in our government. I think it’s important to consider that as time goes on, America and Texas start to look different.” So far, no major Democrat has stepped forward to challenge the governor. In June, O’Rourke attracted hundreds of supporters to a rally in Denton he organized to fight against the elections integrity bill. At the time, he told me he would consider a run after...
TEXAS STATE・2 DAYS AGO
Houston Chronicle

Who is challenging Texas Gov. Greg Abbott in 2022, and who is out?

The race for Texas governor is on. With fall starting this week, political campaigns are ramping up for the 2022 midterm elections as Gov. Greg Abbott seeks a record-tying third term as governor. Already, Abbott is bracing for the toughest primary election of his career and most likely his toughest...
TEXAS STATE・3 DAYS AGO

Former Rep. Beto O’Rourke plans to run for governor next year, Axios reported Sunday. Rumors have swirled for months that O'Rourke, one of the state's highest profile Democratic politicians, has been considering a run against Gov. Greg Abbott. O'Rourke, 48, gained national prominence when he challenged Sen. Ted Cruz in...
TEXAS STATE・3 DAYS AGO
spectrumlocalnews.com

TEXAS — Texas Gov. Greg Abbott on Monday announced he has requested of the Biden administration a federal emergency declaration for Texas over the influx of migrants at the border with Mexico, specifically the thousands of Haitian migrants who have congregated in Del Rio in order to seek asylum. What...
TEXAS STATE・3 DAYS AGO
stateofreform.com

One of Gov. Abbott’s central priorities for the third special session of the 87th Texas Legislature, which began on Monday, is to determine the extent of restrictions on COVID-19 vaccine mandates. As the bills filed so far suggest, lawmakers in the majority party are eager to enforce such restrictions. In...
TEXAS STATE・3 DAYS AGO
Dallas News

Believing that Texas is on wrong path, Beto O’Rourke likely to challenge Greg Abbott for governor

AUSTIN--After a summer of uncertainty, Democrats are feeling better about the prospect of former U.S. Rep. Beto O’Rourke challenging incumbent Republican Greg Abbott for governor. The expectation that O’Rourke will run against Abbott is a turnabout from earlier this year, when it seemed unlikely that the El Paso Democrat would...
TEXAS STATE・4 DAYS AGO

A group of former and current Republicans said Sunday that their ad criticizing Texas Gov. Greg Abbott's (R) pandemic response was pulled from airing during Saturday night's University of Texas-Rice football game. "Despite being cleared by ESPN's legal department, 10 minutes before kickoff, we were informed that the ad would not run," the Lincoln Project, founded to oppose former President Donald Trump, said in a statement. "When asked why, we were told it was a 'University-made decision.' Did Greg Abbott or his allies assert political influence to ensure the advertisement was not broadcast?"
POLITICS・4 DAYS AGO
myfoxzone.com

Texas Gov. Greg Abbott is closing entry points at the Mexican border so the state won’t be overrun as reports show thousands of illegal immigrants amassing under a bridge ​waiting to be arrested by Border Patrol agents. The number of migrants waiting under the International Bridge in Del Rio, Texas,...
TEXAS STATE・7 DAYS AGO