The City Where Home Price Are Most Likely to Fall 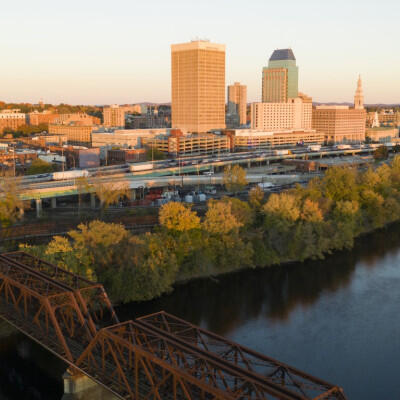 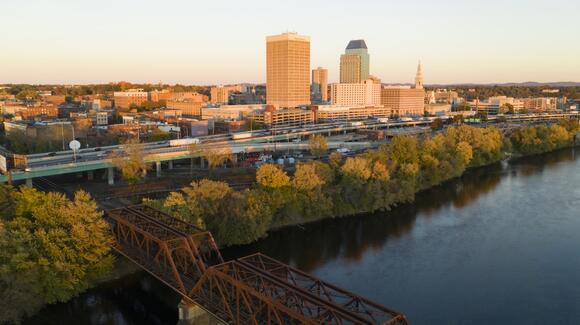 The carefully followed CoreLogic Home Price Insights report for June has just been released. It looked at home prices by state and city. It examines places where prices have surged, as well as cities where they are most likely to drop. This forecast of potential price declines goes through June 2022.

The residential real estate boom in America is truly remarkable and may be looked back on as the period when home prices rose the most in decades. It is fueled largely by people who want to leave the west and east coast's large, expensive cities. Many of these people have moved inland to smaller cities with lower costs of living and perceived better lifestyles. However, the flood of people into some states and cities has pushed prices so high that affordability in these smaller cities has become an issue. In some areas, homes only stay on the market for days, and occasionally less.

It is rare, but not unimaginable, that some cities and states will not post extraordinary increases but face price erosion.

The cities most at risk for a drop in home prices are in central Massachusetts and an area inland from the California coast. The part of the CoreLogic report that covers cities where prices are likely to fall reads:

The CoreLogic Market Risk Indicator (MRI), a monthly update of the overall health of housing markets across the country, predicts that metros such Springfield, Massachusetts [are] at the greatest risk [(25-50%)] of a decline in home prices over the next 12 months.

A drop in prices is less probable in the next four cities on the list, according to the report:

Click here to read about the cheapest cities in which to buy a home.

The Price of This Household Item Is Soaring

Inflation is once again becoming a potential concern in the U.S., according to some economists. This is due in part to accelerated job growth, new stimulus packages, and the rising price of fuel.   There is a worry, additionally, that interest rates will increase, which could make daily life more expensive, curtail spending, and slow […]
BUSINESS・22 HOURS AGO
GOBankingRates

Rising home values can quickly transition a reasonable housing market into the type of real estate monster that has consumed places like the San Francisco Bay Area, Los Angeles and New York. While the...
REAL ESTATE・1 DAY AGO
13News Now

Could 2022 bring relief for home buyers?

There are some indications that 2022 could be a better year if you’re looking to buy.
REAL ESTATE・19 HOURS AGO
realtor.com

Why Is the U.S. Housing Market So Out of Whack? What Homebuyers Need To Know Right Now

There’s never been a housing market quite like this before. Today’s real estate agents are pulling double duty as therapists, consoling heartbroken homebuyers who lost out on their fifth—or 15th—home. First-time homebuyers around the country are being outbid by investors—some of whom are willing to pay more than $100,000 over asking price. Wealthy buyers offering all cash for second homes are sending prices ever higher, pushing the dream of homeownership out of reach for many folks.
REAL ESTATE・1 DAY AGO

When Will the Housing Market Crash?

When will the housing market crash? This was one of the top three questions people posed on Google this past spring. Why? Because too many buyers have post-traumatic stress from the 2008 meltdown. While it’s fascinating to see how many people still live in fear of that exact scenario happening again, the truth is, we’re not even close to the market crashing!
REAL ESTATE・1 DAY AGO
WCNC

Buyers fed up with losing bidding wars are now opting to just sit on the sidelines and wait it out. Charlotte's housing prices are going down as a result.
CHARLOTTE, NC・18 HOURS AGO
WSOC Charlotte

CHARLOTTE — As Charlotte’s housing market continues to roll along, inventory remains a challenge for local homebuyers. The 4,069 homes for sale in the greater Charlotte area as of Sept. 5 represented a 38.2% drop from more than 6,500 properties during the same time a year ago, according to the monthly report Canopy Realtor Association released today on local residential real estate activity. That left the 16-county region with a 0.8-month supply of available homes, compared to a 1.5-month level last year.
CHARLOTTE, NC・1 DAY AGO
MarketWatch

U.S. home builders started construction on homes at a seasonally-adjusted annual rate of 1.62 million in August, representing a 3.9% increase from the previous month, the U.S. Census Bureau reported Tuesday. Compared with August 2020, housing starts were up 17.4%. The pace of permitting for new housing units also increased in August. Permitting for new homes occurred at a seasonally-adjusted annual rate of 1.73 million, up 6% from July and 13.5% from a year ago. With both housing starts and building permits, the gains recorded in August were driven by an uptick in multifamily construction activity. Economists polled by MarketWatch had expected housing starts to occur at a pace of 1.55 million and building permits to come in at a pace of 1.62 million.
REAL ESTATE・4 HOURS AGO

Americans have had enough. Although the pandemic helped stoke a sizzling hot housing market, buying a house has been harder than ever. There are record shortages of homes for sale and bidding wars...
BUSINESS・1 HOUR AGO
The Independent

Even in the hottest U.S. housing market in more than a decade, new home construction has turned into a frustratingly uncertain and costly proposition for many homebuilders.Rising costs and shortages of building materials and labor are rippling across the homebuilding industry, which accounted for nearly 12% of all U.S. home sales in July. Construction delays are common, prompting many builders to pump the brakes on the number of new homes they put up for sale. As building a new home gets more expensive, some of those costs are passed along to buyers.Across the economy, prices having spiked this year...
BUSINESS・1 DAY AGO
Los Angeles Times

The crazy SoCal housing market is cooling. But don't expect a bargain

The Housing Market Forecast for the Rest of 2021, According To Realtors

It's no secret that the COVID-19 pandemic has turned the real estate market into a wild domain. If you're looking to buy or sell a home, you're likely eager to know how long this will last. In June...
RETAIL・3 DAYS AGO

The median sales price for Portland-area homes was $525,000 in August. That was up 16.9 percent compared to a year ago, according to real estate listing service RMLS.
PORTLAND, OR・3 DAYS AGO
CBS42.com

Cities with the most expensive homes in the Birmingham metro area

BIRMINGHAM, Ala. (WIAT) — Buying a home is an investment—and an increasingly expensive one. The median value of a home in the United States today is $281,370, an 11.6% increase over the last year. Meanwhile, the median monthly housing cost for a home with a mortgage is $1,558 and $490 without a mortgage.
BIRMINGHAM, AL・8 DAYS AGO
Whittier Daily News

”Survey says” looks at various rankings and scorecards judging geographic locations, noting that these grades are best seen as a mix of art and data. Buzz: Los Angeles and Orange counties offer the 12th best homebuying “bargain” in the nation, by one metric. Inland Empire? No. 50 of the 100 metros studied.
LOS ANGELES, CA・14 DAYS AGO
Motley Fool

Some Home Buyers Could Save Up to $10,000 if They Purchase a Home Now

Don't pass up on the opportunity to save money on a home purchase. This summer, would-be home buyers benefited from the opportunity to obtain affordable mortgage loans as rates remained historically low (albeit higher than they were during the early days of the pandemic). But buyers also had to contend...
REAL ESTATE・2 DAYS AGO
kiss951.com

All of us have probably experienced driving next to a particularly rude driver. Heck, some of us may even be that rude driver. But it turns out there are some cities where rude drivers are more prevalent than others. A new report by isnsurify.com reveals the cities with the rudest...
TRAFFIC・1 DAY AGO
MarketWatch

The construction industry is showing signs of stability, despite ongoing challenges around the supply of building materials and labor.
REAL ESTATE・1 DAY AGO
Markets Insider

Utah and Idaho have already seen their labor markets return to pre-pandemic levels. This map shows when the rest of the country could recover.
PUBLIC HEALTH・21 HOURS AGO
Axios Charlotte

Charlotte’s home inventory is still historically low, but it’s slowly improving. Why it matters: Buyers are exhausted. And more supply would alleviate some of the pressure from a tight market. State of play: From January to April, inventory hovered around 18 days of supply. Finally in July, that crept up to around 24 days of […] The post Charlotte’s home inventory problem is getting better — slightly appeared first on Axios Charlotte.
CHARLOTTE, NC・1 DAY AGO