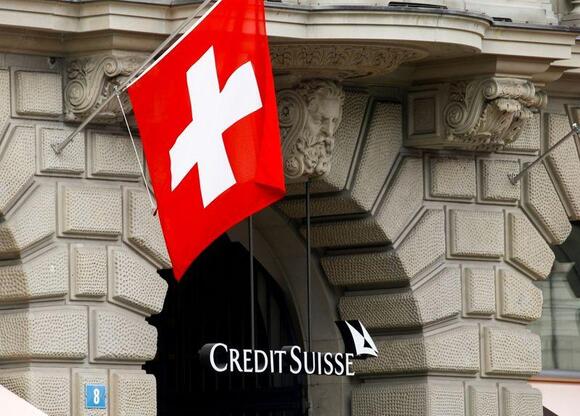 (Reuters) -Credit Suisse Group AG has hired Aly Alibhai away from Citigroup Inc to lead its global media and entertainment investment banking group, one of its most high-profile hires as it seeks to recover from a slew of departures.

Alibhai will join Credit Suisse in New York after spending 16 years at Citigroup advising media and communications clients, according to a memo seen by Reuters, whose content was confirmed by a Credit Suisse spokesperson.

The Swiss bank suffered a 41% fall in investment banking revenue in the second quarter, after its lending exposure to troubled investment fund Archegos led to a $5.5 billion loss. A string of investment bankers not involved in the debacle jumped ship as a result, concerned about the financial and reputational fallout for the bank, including its head of global mergers and acquisitions group Greg Weinberger.

Alibhai’s recent clients include Fox, Sony and Warner Music Group. He is expected to start next week, according to the memo sent by global co-head of media and telecom Giuseppe Monarchi on Tuesday.

As the board of Credit Suisse Group AG meets this week to discuss a strategic review, the names of external forces can be attached to the bank’s troubles: Greensill and Archegos, two broken finance businesses that hurt its bottom line and its clients. But the ongoing crisis at the Zurich-based institution springs from within: Credit Suisse was desperate to hit profit targets and stopped looking at how it made them.
BUSINESS・5 HOURS AGO
Reuters

Credit Suisse Greensill funds to pay back another US$400m

(Sept 27): Credit Suisse Group AG said it plans to return about US$400 million to investors in supply-chain finance funds that invested in Greensill Capital products, the fifth such disbursement since the bank was forced to freeze the money pools this year. The latest payment is expected to be made...
MARKETS・3 HOURS AGO

ZURICH, Sept 26 (Reuters) - Credit Suisse's (CSGN.S) board of directors is convinced Chief Executive Thomas Gottstein is the right person to strategically realign the bank by curbing risk appetite, the Swiss bank's chairman said in a newspaper interview published on Sunday. Asked whether he was planning to replace Gottstein...
BUSINESS・1 DAY AGO
Reuters

Sept 24 (Reuters) - Deutsche Bank AG has hired Jorge Barreiro from Citigroup Inc as the managing director for its U.S. healthcare investment banking team, according to an internal memo seen by Reuters on Friday. As part of his new role, Barreiro will focus on the bank’s coverage of digital...
BUSINESS・2 DAYS AGO
Business Insider

Base pay for first-year investment banking analysts is now at least $100,000. First-year associates can get paid as much as $200,000, with Lazard leading the pack.
ECONOMY・2 DAYS AGO
The Motley Fool

Why Bank of America and Citigroup Are Trading Higher Today

Shares of Bank of America (NYSE:BAC) and Citigroup (NYSE:C) were trading nearly 4% higher in the final hour of trading Thursday as the broader market rallied from what has been a difficult few weeks. So what. Like a lot of the market, bank stocks got hit hard on the news...
STOCKS・3 DAYS AGO

LONDON, Sept 21 (Reuters) - Credit Suisse has poached Deutsche Bank’s Israel Fernandez to lead its financial institutions group (FIG) in Europe, the Middle East and Africa in tandem with Julien Lamm, according to a memo seen by Reuters. Fernandez will take on his new role on Nov. 15 and...
BUSINESS・5 DAYS AGO
MarketWatch

Analysts at Credit Suisse started coverage of EVgo Inc. shares with the equivalent of a buy rating and an $11 price target, saying in a note Tuesday that the EV-charging company is a "market leader" in building fast-charging stations for passenger and commercial electric vehicles. "EVgo benefits from rapidly growing EV adoption, supportive policies and potential incentives for the industry under the infrastructure bill, first-move advantage with strategic partnerships, and an attractive valuation after recent pull back," the Credit Suisse analysts said. The analysts' price target represents an upside of more than 40% for the stock, which has lost nearly 30% so far this year, contrasting with gains of around 17% for the S&P 500 index.
ECONOMY・5 DAYS AGO
theedgemarkets.com

(Sept 22): Credit Suisse Group AG is considering moving its Asian investment banking operations into its global securities and advisory business as part of a wider overhaul by chairman Antonio Horta-Osorio to turn around the troubled bank. Consolidating the advisory business into the global investment bank would mirror a similar...
BUSINESS・5 DAYS AGO

Sept 20 (Reuters) - Bank of America Corp has named three bankers to head its global financial institutions investment banking business, according to a company memo seen by Reuters on Monday. The three executives - Will Addas, Gary Howe and Giorgio Cocini - each have over 20 years of experience...
BUSINESS・6 DAYS AGO
The Motley Fool

Why Shares of Bank of America, Citigroup, JPMorgan, and Goldman Sachs Fell Today

The Dow Jones Industrial Average fell 600 points as investors feared the fate of the large Chinese company Evergrande, which has billions in debt and could face default. As a result, investors fled stocks and put money into bonds, which drove bond prices higher and the yields on those bonds lower.
STOCKS・6 DAYS AGO
StreetInsider.com

News and research before you hear about it on CNBC and others. Claim your 1-week free trial to StreetInsider Premium here. The information in this preliminary pricing supplement is not complete and may be changed. This preliminary pricing supplement is not an offer to sell these Notes, and it is not soliciting an offer to buy these Notes in any jurisdiction where the offer or sale is not permitted.
CREDITS & LOANS・6 DAYS AGO
Benzinga

Credit Suisse analyst Meghan Durkin upgraded Warner Music Group Corp (NASDAQ:WMG) to Outperform from Neutral with a price target of $48, up from $37, implying a 19.2% upside. Warner is well-positioned as one of the top three music labels globally, benefitting from the global transition to on-demand music streaming, Durkin reasons.
STOCKS・6 DAYS AGO
therealdeal.com

Credit Suisse Group AG is partnering with investment firm MARK on a European rental investment venture called DOMA. The partners aim to raise an initial 350 million euros for the fund, the equivalent of $414 million, according to Bloomberg. DOMA is targeting single-family homes and small multifamily buildings and wants...
REAL ESTATE・8 DAYS AGO
Reuters

ZURICH (Reuters) - Credit Suisse has appointed Andreea Grob as its new market head in Israel following the departures of two top managers in the country, the bank told employees in an internal memo. A spokesperson confirmed the management changes on Thursday. “Credit Suisse remains fully committed to Israel as...
WORLD・10 DAYS AGO
financemagnates.com

Credit Suisse, a Switzerland-based financial services firm, is strengthening its presence in the Asia Pacific (APAC) region by appointing a new Head of Mergers and Acquisitions (M&A). According to Reuters, citing an internal memo, Christian Deiss will replace Joe Gallagher in the role, who will stay on as the Vice Chairman of Investment Banking and Capital Markets for Asia Pacific.
BUSINESS・10 DAYS AGO