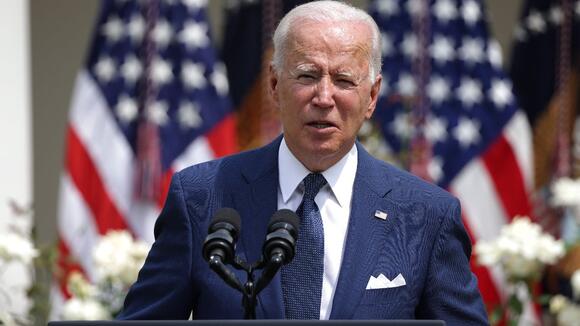 The Biden administration will announce Tuesday a targeted eviction moratorium after a wide-ranging federal ban expired over the weekend, three sources familiar with the plans confirmed to The Hill.

The new guidance from the Centers for Disease Control and Prevention (CDC) will ban evictions in counties with high rates of COVID-19 transmission, the sources said, aligning with areas where the CDC recommends even vaccinated residents wear masks while indoors.

The new moratorium was expected to be publicly released Tuesday afternoon. It is expected to last for 60 days, according to a congressional source familiar with the plan, and it will cover roughly 90 percent of renters in the United States.

Biden was asked multiple times about the impending announcement at a news conference on Tuesday afternoon. He insisted he did not want to get ahead of the CDC, but seemed to acknowledge the new order is likely to face legal challenges.

"Whether that option will pass constitutional measure with this administration, I can’t tell you. I don’t know," Biden said. "There are a few scholars who say it will, and others who say it’s not likely to. But, at a minimum, by the time it gets litigated it will probably give some additional time while we’re getting that $45 billion out to people who are in fact behind in the rent and don’t have the money."

The move comes after days of outcry from Democrats over the lapsed moratorium, which had been in place since the early months of the pandemic. The White House had insisted Monday its hands were tied and only Congress could pass an extension, but Democratic leaders said the Biden administration was in a position to act.

“Democrats have worked tirelessly for this action, which is based on public health needs," Speaker Nancy Pelosi (D-Calif.) said in a statement. "This brand new moratorium will provide time for the money allocated by Congress to flow, as it helps stop the spread of the virus which is worsening due to the delta variant and protects families and landlords. I am especially pleased about what this means to the children who have had uncertainty about their housing, their health and their education.”

The Supreme Court upheld the CDC's moratorium, reversing a ruling from a federal appeals court June 29, but warned that a further extension of the ban beyond its July 31 deadline would exceed the agency's authority unless Congress passed a law to expand it. The House did not attempt to do so until Friday, two days before the ban lapsed and one day after Biden asked Congress to extend the CDC moratorium.

White House officials said Monday that the agency was unable to justify even a narrowed extension of the ban to hard-hit areas given the court's decision.

"To date, the CDC director and her team have been unable to find legal authority, even for a more targeted eviction moratorium that would focus just on counties with higher rates of COVID spread," said Gene Sperling, Biden's economic recovery czar.

Rep. Cori Bush (D-Mo.), who camped out outside the Capitol complex for days to draw attention to the expiring moratorium, celebrated news of a pending extension.

“On Friday night, I came to the Capitol with my chair. I refused to accept that Congress could leave for vacation while 11 million people faced eviction,” Bush tweeted. “For 5 days, we’ve been out here, demanding that our government acts to save lives. Today, our movement moved mountains.”

Bill to bring back eviction moratorium filed in Congress

Progressive lawmakers will introduce legislation this week that will give the HHS the authority to create federal eviction moratoriums.
CONGRESS & COURTS・1 DAY AGO
POLITICO

“If any member of Congress is not concerned that this could fall apart, they need treatment,” said Rep. Emanuel Cleaver (D-Mo.).
PRESIDENTIAL ELECTION・10 HOURS AGO
riverbender.com

Several progressive lawmakers on Tuesday introduced a bill that would reimpose a nationwide eviction moratorium at a time when deaths from COVID-19 are running at their highest levels since early March. Sen. Elizabeth Warren, D-Mass., and Rep. Cori Bush, D-Mo., said the bill would direct the secretary of Health and...
CONGRESS & COURTS・1 DAY AGO

Democrats planned to pass a massive social spending bill along with a major infrastructure package, government funding, and a debt ceiling increase — all by the end of September.
CONGRESS & COURTS・1 DAY AGO
Reuters

The Senate is waiting with bated breath as the Senate parliamentarian considers whether Democrats are allowed to include immigration reform in their $3.5 trillion reconciliation bill, a move that would allow Democrats to circumvent the filibuster and the opposing party on the decades-old issue. Democrats made their case this week...
CONGRESS & COURTS・7 DAYS AGO
IBTimes

The U.S. Supreme Court will be reviewing President Joe Biden’s eviction moratorium in the coming days and Associate Justice Brett Kavanaugh is poised to be the key vote. The extension of a moratorium on evictions was announced by the Centers for Disease Control and Prevention (CDC) on Aug. 3 and the Biden administration has already asked that justices preserve it.
CONGRESS & COURTS・28 DAYS AGO

The Biden administration has been ensnared once again by another crisis at the southern border, this time with thousands of Haitian migrants near Del Rio, Texas. The state’s governor, Greg Abbott appeared on "The Ingraham Angle" to discuss the situation. GOV. GREG ABBOTT: "The Biden administration refuses to even pretend...
DEL RIO, TX・1 DAY AGO
Business Insider

San Francisco London Breed defended herself for taking photos maskless in a nightclub without a mask despite the city's indoor mask mandate.
PUBLIC HEALTH・1 DAY AGO
POLITICO

Fewer than a dozen Republicans are expected to back the Senate-passed bill. (For now.)
CONGRESS & COURTS・17 HOURS AGO
WashingtonExaminer

Retired conservative Wisconsin Supreme Court Justice Michael Gableman, who is part of the special counsel leading a GOP-backed investigation into the state's 2020 general election, is threatening to subpoena election officials who don't comply, alleging there is "some evidence" local officials did not follow established state law last November.
U.S. POLITICS・12 HOURS AGO

House Speaker Nancy Pelosi pressured her caucus to keep insisting on a bipartisan vote to increase the debt ceiling as some high-ranking Democrats in the House start to entertain raising the limit without Republican support.
CONGRESS & COURTS・1 DAY AGO
POLITICO

Tucked amid the investments in child care, higher education and clean energy are below-the-radar provisions that would make it easier for workers to form unions.
LABOR ISSUES・13 HOURS AGO
CNBC

Schumer calls on Biden to cancel $50,000 in student debt for all

At a virtual summit on student debt, Senate Majority Leader Chuck Schumer renewed his call for President Joe Biden to cancel debt through executive action. For those who view Schumer as a more moderate Democrat, his advocacy on the issue has come as a surprise. He's also taking a different...
CONGRESS & COURTS・14 HOURS AGO
Axios

House Speaker Nancy Pelosi (D-Calif.) issued a "dear colleague" statement Sunday evening, calling on Congress to act in a bipartisan manner to raise the nation's debt ceiling. Why it matters: Congress is fast approaching an October deadline to raise the nation's debt ceiling and avoid a government shutdown. But the issue has become a thorny partisan stand-off.
CONGRESS & COURTS・2 DAYS AGO
Reuters

WASHINGTON, Sept 20 (Reuters) - U.S. prosecutors on Monday unsealed criminal charges against two longtime Republican Party operatives, accusing them of illegally funneling a foreign campaign contribution to former President Donald Trump in 2016. According to an indictment unsealed in federal court in the District of Columbia, Jesse Benton and...
PRESIDENTIAL ELECTION・1 DAY AGO
99.9 KTDY

In A Blow To Democrats, Senate Official Blocks Immigration Reform In Budget Bill

Senate parliamentarian Elizabeth MacDonough has ruled against Democrats' efforts to include a massive immigration reform effort in their $3.5 trillion proposed spending bill, dealing the party a setback that very likely closes the door on efforts to include a pathway to citizenship in the partisan legislation. Democrats and Republicans made...
CONGRESS & COURTS・2 DAYS AGO
Newsweek

Funding for Israel's Iron Dome air defense system was pulled from a House government funding bill on Tuesday after progressive pressure, but Israeli Foreign Minister Yair Lapid said the move was only a "technical postponement."
CONGRESS & COURTS・3 HOURS AGO