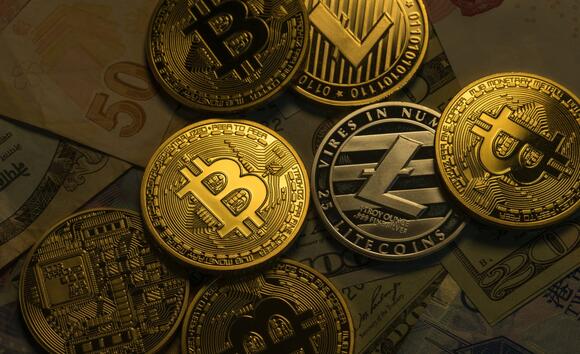 A provision in the bipartisan infrastructure proposal could create problems for blockchain software developers, cryptocurrency miners, and other parties, industry advocates warn.

The provision would apply new IRS reporting requirements to cryptocurrency brokers, which lawmakers predict would bring in about $28 billion in revenue — although how it defines "broker" has caused some trepidation.

The draft iteration of the bill included language that would broaden reporting requirements to include any parties that might interact with cryptocurrencies. After pressure from the industry, the legislation introduced Sunday night defines brokers as anyone "responsible for regularly providing any service effectuating transfers of digital assets on behalf of another person."

Some say it is broad enough to include node operators, developers, and miners. Crypto advocates are pointing out the language doesn’t explicitly exclude certain parties that could be forced into reporting requirements if the language is interpreted by the Treasury Department more broadly.

Alan Konevsky, chief legal officer of blockchain company tZERO, told the Washington Examiner the updated text of the bill is “better” for the cryptocurrency industry because it narrows the definition but said he and others in the field still think there is room for improvement.

“The concern is in particular that the definition doesn’t specifically exclude parties like miners, and software developers, and node operators, and other participants,” he said.

Sen. Pat Toomey, ranking member of the powerful Banking Committee, has objected to the language and announced on Monday he would offer an amendment to the legislation.

The Pennsylvania Republican described the text as “unworkable” and said if the definition of a broker were to expand to include non-financial intermediaries, they would not even have the information to file a 1099 with the IRS.

“Congress should not rush forward with this hastily-designed tax reporting regime for cryptocurrency, especially without a full understanding of the consequences,” Toomey said in a statement. “By including an overly broad definition of broker, the current provision sweeps in non-financial intermediaries like miners, network validators, and other service providers.”

Greg Zerzan, a shareholder at Jordan Ramis and former acting assistant secretary of the Treasury, told the Washington Examiner the provision in the legislation represents the federal government’s “ongoing attempt to get its head around crypto.” If passed as written, he said the legislation could provide the government with more information about who is trading cryptocurrencies and how much is out there.

“It’s possible that in implementing this provision, the Treasury would sweep in people that Congress did not intend to be included,” Zerzan said.

“That approach could, in the long term, have very negative effects on crypto,” he said.

Toomey’s colleague Sen. Ron Wyden, the chairman of the Finance Committee, also wants to alter the text of the provision. The Oregon Democrat hopes to ensure the new reporting rules don't apply to blockchain technology developers, which would have trouble complying with the edict. An aide told Roll Call Wyden thinks the language isn’t clear.

“Americans avoiding paying the taxes they owe through cryptocurrency is a real problem that deserves a real solution,” Wyden said of the provision on Twitter. “The Republican provision in the bipartisan infrastructure framework isn’t close to being that solution. It’s an attempt to apply brick and mortar rules to the internet and fails to understand how the technology works.”

Republican Sen. Rob Portman of Ohio has been involved in the bipartisan infrastructure plan, and his spokesman clarified to CoinDesk the bill did not intend to apply reporting requirements to entities such as miners or software developers.

“This legislative language does not redefine digital assets or cryptocurrency as a ‘security’ for tax purposes, impugn on the privacy of individual crypto holders, or force non-brokers, such as software developers and crypto miners, to comply with [IRS] reporting obligations,” said Drew Nirenberg.

Aside from concerns about how the language of the provision might be interpreted, some are dubious about the estimates for how much revenue the new reporting regime could raise.

Zerzan said he thinks it is probably “overly optimistic” for the government to collect revenue to the tune of $28 billion by changing reporting requirements.

“There would have to be an awful lot of tax dodgers out there to get anywhere close to $28 billion,” he said.

Much of the cryptocurrency market was in the red on Monday following news of the provision. As of Monday evening, Bitcoin was down 5.75%, Ethereum sunk about 3%, and Ripple fell more than 3.2%.

Democrats and Republicans are in a standoff over raising the debt ceiling and passing a $3.5 trillion infrastructure bill, widening the path toward a government shutdown and an unprecedented default on the national debt.
CONGRESS & COURTS・1 DAY AGO
MarketWatch

To avoid stagflation, the Fed needs to taper QE and Congress needs to OK investments in infrastructure

(The Center Square) – President Joe Biden’s proposal to increase the United States’ Global Intangible Low-Tax Income (GILTI) tax will lead to job losses at 266 public companies in Arizona, according to research from Arizona State University. The proposal doubles the GILTI rate to 21% from 10.5%. Ninety-four percent of...
ARIZONA STATE・4 DAYS AGO
WRAL

WASHINGTON — House Democrats could initially hold off on sending a $550 billion infrastructure bill to President Joe Biden for signature to help keep the party united and his economic agenda on track, a senior lawmaker said. House Budget Committee Chairman John Yarmuth suggested the maneuver could be part of...
CONGRESS & COURTS・5 DAYS AGO
Washington Examiner

An analysis of the tax provisions in congressional Democrats’ multitrillion-dollar reconciliation package found that the middle class will see a slight overall increase in taxes toward the end of the decade. A distributional analysis released Tuesday by the Joint Committee on Taxation found that while taxes would only increase for...
CONGRESS & COURTS・10 DAYS AGO

The U.S. House of Representatives will vote this week on a bill that would let banks do business with cannabis companies without fear of penalty. The so-called SAFE Banking Act, which is the least disputed reform sought by the growing industry, got picked up as part of broader legislation, and its inclusion in the National Defense Authorization Act (NDAA) was approved by voice vote late Tuesday. It remains to be seen whether the bill will pass the Senate, but the House action gives it a better shot.
CONGRESS & COURTS・1 DAY AGO
Fatherly

Democrats Want to Hike Taxes for Infrastructure Package. Here’s Who Would Be Affected

New details on the House Democrats’ proposed tax increases were outlined, and it’s clear that the average working American is going to be just fine. In fact, it looks like Dems, in order to “pay for” some of their major investments in child care, paid leave, public college, and more, are going for large corporations and wealthy people. The idea is to tax those who have historically had large tax exemptions and have benefited from major loopholes in order to not contribute to American society and use the hikes to help fund the proposed social safety net and climate policy infrastructure. Here’s what you need to know, and who will be affected by the tax hikes.
CONGRESS & COURTS・10 DAYS AGO
WRAL

WASHINGTON — The infrastructure bill that President Joe Biden hopes to get through Congress is supposed to create jobs and spur projects for companies like Anchor Construction, which specializes in repairing aging bridges and roadways in the nation’s capital. But with baby boomers aging out of the workforce and not...
BUSINESS・11 DAYS AGO
CBS News

The wealthiest 400 families in the United States are paying an average income tax rate of just 8.2%, according to a new analysis from the Biden administration. President Joe Biden and Democrats are pushing to raise taxes on the richest Americans as they look for ways to pay for their ambitious agenda, making its way through Congress as a $3.5 trillion budget reconciliation package.
PRESIDENTIAL ELECTION・1 DAY AGO

By Gabriel Zucman and Emmanuel Saez, University of California, Berkeley Demanding tax increases on the rich is back in fashion – both in the corridors of the House of Representatives and on the red carpet of the Met Gala. The House Ways and Means Committee outlined plans on Sept. 13, 2021, to move the top […] The post ‘Tax the rich?’ Democrats’ plans will barely dent long slide away from progressive taxation appeared first on Virginia Mercury.
CONGRESS & COURTS・2 DAYS AGO
TIME

The U.S. Is Losing the Global Race to Decide the Future of Money—and It Could Doom the Almighty Dollar

"I don’t think the U.S. is aware there is a race"
U.S. POLITICS・3 DAYS AGO
POLITICO

Fewer than a dozen Republicans are expected to back the Senate-passed bill. (For now.)
CONGRESS & COURTS・3 DAYS AGO

I wonder how many readers would like to pay a new tax on the number of miles they drive as individuals, or as a commercial vehicle operator or an owner of a motor vehicle fleet. How many are aware that within the 2,702 pages of H.R. 3684 to authorize Federal...
BONNEY LAKE, WA・8 DAYS AGO
thechronicle-news.com

(The Center Square) – House Democrats sparked headlines this week with the release of several proposed tax increases, including one that would spike the cost of tobacco products. Democrats on the U.S. House Ways and Means Committee released a document detailing a litany of tax hikes to fund their $3.5...
CONGRESS & COURTS・9 DAYS AGO
Motley Fool

Does ChargePoint's Future Depend On a Biden Infrastructure Bill?

Federal support to expand electric charging networks could boost ChargePoint’s industry-leading North American position. The transition toward EVs is supported by increased consumer interest, corporate ESG objectives, and national carbon-neutral goals. ChargePoint’s revenue forecasts are based on the number of EVs on the road, not public policy. The electric vehicle...
ECONOMY・10 DAYS AGO
MarketWatch

Billionaires’ income taxes are a tiny fraction of what they make, and get ready for a lot more spam texts