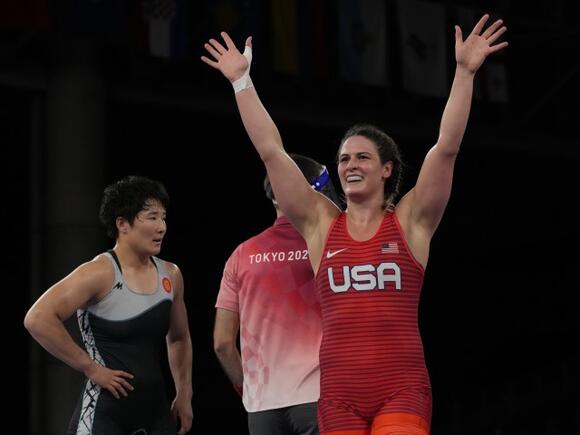 Gray was trying to join Helen Maroulis as the only two U.S. women’s wrestling gold medalists.

Gray was the No. 1 seed and Rotter-Focken was No. 2. The two are long-time friends who have competed since their teenage years.

Rotter-Focken scored an early point for Gray’s inactivity. She countered a shot by Gray to go up 3-0, then scored four points on a throw to go up 7-0.

Gray finally got on the board on a stepout with just over a minute to go and scored two on a takedown with about 30 seconds left. That was all she could manage.

This was Gray’s first Olympic medal and just the sixth for a U.S. women’s wrestler. She finished a disappointing seventh in Rio while fighting through injuries that kept her out of action for a year after the Games.