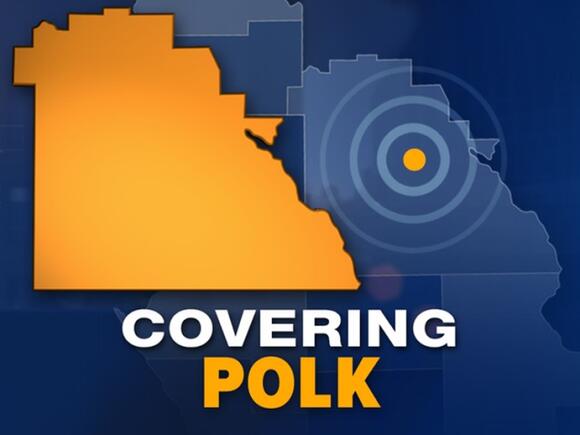 The Polk County Sheriff's Office said around 11:30 p.m., deputies received a call in reference to a man who was hit by a vehicle on Mann Road.

Investigators said 60-year-old Gary Hedrick was walking and pushing his bike when he was hit by a vehicle. Deputies said it was dark outside when the crash happened and there is no street lighting in that area.

Hedrick was taken to a local hospital but later died from his injuries.

This is an ongoing investigation.

A man in Polk County is facing a first-degree murder charge for allegedly killing and then burying his girlfriend on Saturday, according to the sheriff's office.
4 HOURS AGO
ABC Action News WFTS

The man who recorded a Polk County deputy punching a handcuffed suspect is calling for body cams for the department following his own arrest.
POLK COUNTY, FL・53 MINUTES AGO
ABC Action News WFTS

A reward is being offered for information leading to the capture of a porch pirate caught on video stealing packages in Riverview in broad daylight.
RIVERVIEW, FL・5 HOURS AGO

Firefighter hit by pickup truck while responding to crash

Palm Harbor Fire Rescue said Fire Lieutenant Ashley White was injured after she was hit by a pickup truck driver on Wednesday while responding to an early morning crash on U.S. 19.
PALM HARBOR, FL・5 DAYS AGO
ABC Action News WFTS

Pedestrian airlifted to local hospital after being struck by pickup truck

Men carjack Good Samaritans helping them on I-75: FHP

The Florida Highway Patrol is searching for two men who carjacked Good Samaritans who were helping them after a crash on I-75 on Tuesday.
TAMPA, FL・5 DAYS AGO
ABC Action News WFTS

More than half a dozen law enforcement agencies are now assisting in the search for Brian Laundrie.
LEE COUNTY, FL・3 DAYS AGO

A daycare employee was arrested after police said she injured a 4-month-old.
BRADENTON, FL・4 DAYS AGO
ABC Action News WFTS

A grand jury has formally charged a Florida man in a 22-count indictment that includes four first-degree murder counts in the fatal shooting of a family authorities say he attacked at random.
LAKELAND, FL・5 DAYS AGO
ABC Action News WFTS

The Florida Highway Patrol is investigating a fatal crash in Palm Harbor that has the northbound lanes of U.S. 19 closed.
PALM HARBOR, FL・5 DAYS AGO

Search resumes at Carlton Reserve for signs of Brian Laundrie

A day after calling off the search for Brian Laundrie at Carlton Reserve, officials say they will scour the area again Tuesday.
NORTH PORT, FL・6 DAYS AGO
ABC Action News WFTS

A federal arrest warrant has been issued for Brian Laundrie following the death of his fiance Gabby Petito.
WYOMING STATE・3 DAYS AGO
ABC Action News WFTS

TAMPA, Fla. — If you search Gabby Petito on any social media platform, you’re going to find millions of posts. When the 22-year-old went missing on a cross-country road trip with her fiance, who returned home to Florida with her van, Petito's family asked the world to share her picture to help find her.
TAMPA, FL・4 DAYS AGO
ABC Action News WFTS

NORTH PORT, Fla. — After law enforcement took a day off searching the Carlton Reserve on Monday, they were back out in the 25,000-acre nature preserve on Tuesday. On Monday, North Port police tweeted they had no "plans to conduct a major search of the Carlton Reserve today." That all changed late in the day following a search warrant executed at the Laundrie residence.
NORTH PORT, FL・5 DAYS AGO
ABC Action News WFTS

Man who stole diapers from local Walmart will not face charges: Police

Winter Haven Police said in a Facebook post on Thursday that the man caught on video stealing wipes and diapers from a local Walmart last week will not face charges.
WINTER HAVEN, FL・6 DAYS AGO
ABC Action News WFTS

North Port community rallies for answers for the Petito family

WINTER HAVEN, Fla. — The Facebook post by the Winter Haven Police Department asking for help finding a man who stole from Walmart is gaining a lot of attention, with thousands of people offering to pay for the items taken. Police said in the post it happened at the Walmart...
WINTER HAVEN, FL・6 DAYS AGO
ABC Action News WFTS

The St. Petersburg Police Department is tracking 26 homicides so far in 2021, that's higher than the average of around 20 per year.
SAINT PETERSBURG, FL・10 DAYS AGO