Ohio trooper dies on duty; flags to be lowered statewide 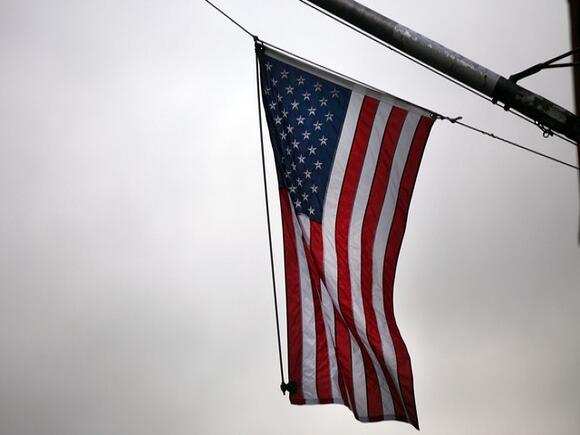 FINDLAY, Ohio (AP) — The Ohio State Highway Patrol has announced the death of a sergeant while he was on duty.

The agency said Saturday that Sgt. Jared M. Ulinski was found dead at the Findlay Post. His cause of death was not immediately announced.

Gov. Mike DeWine has ordered U.S. and state flags to be flown at half-staff at public buildings statewide until sunset on the day of the sergeant's funeral.

The highway patrol says Ulinski had been with the agency since June 1999. The Findlay Post is in northwestern Ohio, about 45 miles south of Toledo.

Prayers and deepest sympathy to the family and Findlay post of the OSHP. Sorry for your loss. 🙏

A debate over teaching the role of racism in American history has been highlighted as a committee weighs two bills before Ohio legislators that would prohibit such instruction.
OHIO STATE・22 HOURS AGO
WCPO 9 Cincinnati

Dennis Paulik worries about what his 100-year-old mother is missing out on: time outside on the patio, weekly visits to the hair salon, eating with friends in the dining room, and knowing that her meals will arrive on time.
PUBLIC HEALTH・16 HOURS AGO
WCPO 9 Cincinnati

Ohio students will again have a chance to earn a college scholarship in exchange for getting vaccinated.
OHIO STATE・18 HOURS AGO
WCPO 9 Cincinnati

A struggle between a Dayton police officer and an armed suspect ended with both men being shot and hospitalized.
DAYTON, OH・1 DAY AGO

COVINGTON, Ky. — It is still painful for the sister of Paige Johnson to think about the night her sister disappeared. "Sept. 23, 2010, is when she went missing," said Brittany Haywood. "So, this year marks 11 years." Johnson was 17 years old at the time and out with friends...
COVINGTON, KY・16 HOURS AGO
WCPO 9 Cincinnati

A hit-and-run that killed a Warren County man is currently in the hands of grand jurors, but the suspect's history revealed multiple OVI arrests.
WARREN COUNTY, OH・1 DAY AGO
WCPO 9 Cincinnati

Butler County officials say they understand Liberty Center is struggling due to the pandemic, and a deal is in the works to possibly amend original agreements to ease the financial strain on the center, but they won’t give away the store.
BUTLER COUNTY, OH・23 HOURS AGO
WCPO 9 Cincinnati

A child was shot Thursday night on Derrick Turnbow Avenue, only a short distance from TQL Stadium.
CINCINNATI, OH・10 HOURS AGO

Some Greater Cincinnati residents took on a major corporation and lost Wednesday after more than a year of waiting.
READING, OH・1 DAY AGO
WCPO 9 Cincinnati

A school bus transporting Middletown Prep Academy students had its back window shot by a BB or pellet gun Tuesday afternoon, according to the Middletown City School District.
MIDDLETOWN, OH・1 DAY AGO
WCPO 9 Cincinnati

CINCINNATI — Cincinnati is still on pace to have its second deadliest year in recent history; the deadliest was 2020. Following a triple homicide in Pendleton in the early morning hours Saturday, the amount of homicides in Cincinnati this year rose to 64. This time last year, the city saw 74 homicides. In all of 2020, 97 people total were slain in the city of Cincinnati.
CINCINNATI, OH・3 DAYS AGO

The city of Cincinnati is giving its employees five more weeks to get the COVID-19 vaccine or submit regular negative COVID-19 tests as the city continues negotiations with groups like the Fraternal Order of Police continue.
CINCINNATI, OH・2 DAYS AGO
WCPO 9 Cincinnati

The Lebanon City Schools board voted Monday night to end their temporary mask mandate next Monday, Sept. 27 and return to an optional masking policy.
LEBANON, OH・3 DAYS AGO
WCPO 9 Cincinnati

Up to 50 people escaping violence in Afghanistan will soon resettle in Cincinnati, joining the community here as hundreds of others find new homes in Dayton, Columbus, Toledo, Akron and Cleveland.
CINCINNATI, OH・6 DAYS AGO

The delta variant is continuing to drive an increase in COVID-19 cases and hospitalizations with the number of hospitalizations reported Wednesday in Ohio nearly triple the amount reported a year ago, Ohio Department of Health Director Dr. Bruce Vanderhoff said.
OHIO STATE・7 DAYS AGO
WCPO 9 Cincinnati

A 33-year-old Seven Mile man has been identified by the Butler County Coroner’s Office as the person who died Wednesday when his SUV was hit by steel coil that fell from a semi-tractor trailer.
BUTLER COUNTY, OH・6 DAYS AGO
WCPO 9 Cincinnati

One dead in police shooting in Gallatin County