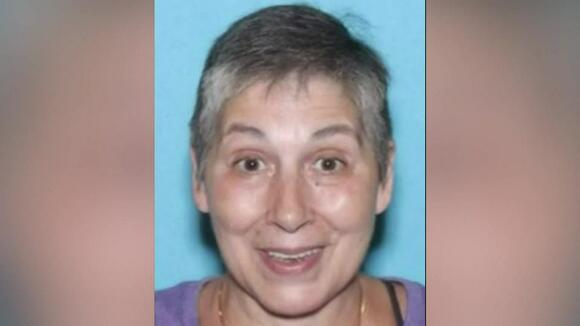 A family member confirmed it’s Patricia Moran and neighbors we spoke with are just devastated.

Moran, 64, of Stowe Township, went missing from her home on Wheeler Avenue on Sunday.

However the desperate search ended in tragedy, after her family says police found her body over the hillside near her home at 10:30 Friday night.

Some neighbors were shocked – saying she was such a nice person.

The family says they don’t suspect foul play and believe she fell down the hill. However, many are wondering what happened to her. Neighbors are heartbroken and tell me Moran will be very missed.

Right now homicide detectives are investigating the death. At this time, the county’s medical examiner has not released the identity of the body yet, or the cause of death.

Man shot and killed by police after stabbing several people, including officer, in Lawrence County

MAHONING TWP., Pa. — A man was shot and killed by police after they say he stabbed several people, including an officer, on Saturday. The incident occurred shortly before 8:45 p.m. in the 3800 block of West Main Street, Mahoning Township, Lawrence County. Several police agencies responded to the area...
LAWRENCE COUNTY, PA・8 HOURS AGO
WPXI Pittsburgh

KINLOCK, Pa. — Three people were injured and another arrested after shots rang out at around 6 p.m. inside the Kinloch Fire Hall at an event. Lower Burrell Police responded to an emergency call for an active shooter at the location. When officers arrived on scene, the shooter was leaving the building and was arrested without incident.
LOWER BURRELL, PA・20 HOURS AGO
WPXI Pittsburgh

MCKEES ROCKS, Pa. — A woman was injured after a shooting in McKees Rocks early Sunday morning. The incident occurred in the area of Locust Street near Linden Street around 1:15 a.m. Shortly after the shooting, the woman arrived at an area hospital with multiple gunshot wounds. She is expected...
MCKEES ROCKS, PA・8 HOURS AGO
WPXI Pittsburgh

KINLOCK, Pa. — Three people were injured and another arrested after shots rang out at around 6 p.m. inside the Kinloch Fire Hall at an event. Lower Burrell Police responded to an emergency call for an active shooter at the location. When officers arrived on scene, the shooter was leaving the building and was arrested without incident.
WESTMORELAND COUNTY, PA・2 HOURS AGO

ALTOONA, Pa — Altoona police have charged a Penn Hills man for pushing one of their officers into a busy roadway, while the officer was attempting to assist the man, according to a criminal complaint. Police say 30-year-old Devaughn Taylor faces charges of aggravated assault, reckless endangerment and resisting arrest,...
ALTOONA, PA・22 HOURS AGO
WPXI Pittsburgh

Man killed, 11-year-old among 4 injured in shooting at NYC barbecue

NEW YORK — A 22-year-old man was killed and four people, including an 11-year-old child, were injured when a gunman opened fire at a park where people were gathered for a barbecue, authorities said. The incident occurred at about 11:15 p.m. EDT after a fight broke out at Claremont Park...
NEW YORK CITY, NY・4 HOURS AGO
WPXI Pittsburgh

PITTSBURGH — A man was taken to the hospital in critical condition after being shot in Pittsburgh’s Homewood neighborhood on Sunday. The incident occurred in the 7100 block of Frankstown Avenue around 8:20 a.m. Police said that when officers arrived, they found the man with a gunshot wound to the...
PITTSBURGH, PA・4 HOURS AGO
WPXI Pittsburgh

DALLAS — One man was killed and five people were injured -- one critically -- after a shooting in a Dallas neighborhood early Sunday, authorities said. According to police, “shots from multiple weapons” occurred in the Deep Elum area, an entertainment district, at about 12:40 a.m. EDT, The Dallas Morning News reported.
DALLAS, PA・3 HOURS AGO

WILKES-BARRE, Pa — A man has been convicted of first-degree murder in the death of his girlfriend, whose body was found in his sport-utility vehicle in northeastern Pennsylvania three years ago. Jurors in Luzerne County who heard three days of testimony took only about a half-hour Friday to convict 42-year-old...
23 HOURS AGO
WPXI Pittsburgh

LAS VEGAS — A New Haven, Connecticut police officer is facing federal charges after a Friday morning rollover crash in Las Vegas killed one of his passengers, also a Connecticut cop. According to Las Vegas police, 34-year-old Robert Ferraro was driving a 2020 Rolls-Royce Cullinan “at a high rate of...
CONNECTICUT STATE・41 MINUTES AGO
WPXI Pittsburgh

Search resumes for man whose girlfriend disappeared on trip

NORTH PORT, Fla. — (AP) — More than 50 law enforcement officers on Sunday started a second day of searching in a vast wildlife area near Florida's Gulf Coast for a 23-year-old man that authorities consider a person of interest in the disappearance of his girlfriend who went missing while on a cross-country trek.
NORTH PORT, FL・5 HOURS AGO
WPXI Pittsburgh

LAKE WORTH, Texas — A military jet crashed in a suburb of Fort Worth, Texas, on Sunday, damaging three homes and sending two pilots to an area hospital, authorities said. Update 2:35 p.m. EDT Sept. 19: Fort Worth Fire Department Chief Ryan Arthur said at a news conference that both pilots ejected from the plane. One was caught in a power line.
LAKE WORTH, TX・2 HOURS AGO

BILOXI, Miss. — An Alabama man is accused of fatally shooting a man on the gaming floor of a Mississippi casino early Saturday, authorities said. Jereme Lamond Jones, 30, of Mobile, was arrested on a charge of first-degree murder, WLOX reported. He is accused of shooting Randy Johnson, 41, of Gulfport, at the Golden Nugget Casino in Biloxi, the television station reported.
ALABAMA STATE・6 HOURS AGO
WPXI Pittsburgh

Colorado school shooter sentenced to life plus 1,282 years in prison

A former high school student convicted of killing a classmate and injuring eight others at a Denver-area school was sentenced Friday to life in prison without the possibility of parole. Meanwhile, Judge Theresa Slade added 1,282.5 years to Devon Erickson’s life sentence for his role in the May 7, 2019,...
COLORADO STATE・17 HOURS AGO