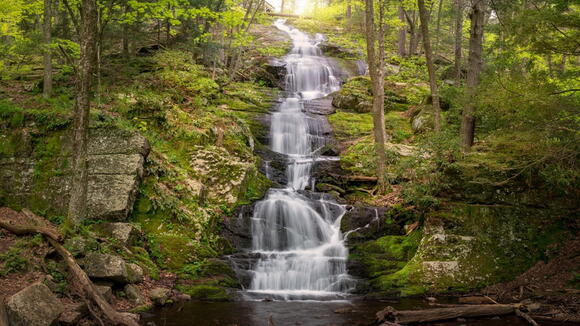 NOGALES, Ariz. — A 13-year-old boy died after being swept away in a current near a waterfall in southern Arizona on Thursday, authorities said.

According to the Santa Cruz County Sheriff’s Office, the body of Samuel Gonzalez was recovered by a helicopter crew at approximately 1 a.m. MST, Nogales International reported.

Lt. Gerry Castillo, a spokesperson for the sheriff’s office, called the incident the result of a flash flood, the newspaper reported.

According to authorities, Gonzalez and a 17-year-old boy were in the water in the Josephine Canyon in Rio Rico, KGUN reported. Officials said the older teen was able to pull himself to safety and a helicopter with Santa Cruz County Search and Rescue carried him to safety, KVOA reported.

The waterfall is a popular hangout spot, Castillo told Nogales International. The site is not developed or managed as a recreation site, and county records show that it is located on private property, the newspaper reported.

The area experienced heavy rainfall on Thursday evening, apparently leading to floodwaters that struck the area before 8 p.m., officials said.

Desiree Moreno, Gonzalez’s stepsister, told Nogales International in a Facebook message that the teen was kind and down-to-earth, and could “light up a room in a matter of seconds.”

Boy, 10, dies after being pulled into Florida beach rip currents

DAYTONA BEACH, Fla. — A 10-year-old boy died Saturday after he was caught in a rip current off a Florida beach, authorities said. According to WFTV, the boy was swimming about 100 yards offshore in Daytona Beach with two other people when they were caught in the current. A 10-year-old...
FLORIDA STATE・17 HOURS AGO
WPXI Pittsburgh

PALO ALTO, Calif. — A 30-year-old woman has been arrested on suspicion of sparking the Fawn Fire in northern California that has scorched nearly 9,000 acres across Shasta County since Wednesday. Alexandra Souverneva, 30, of Palo Alto was arrested Wednesday after the fire ignited in the Mountain Gate area near...
CALIFORNIA STATE・15 HOURS AGO
WPXI Pittsburgh

HANCOCK COUNTY, Miss. — The body of a Baton Rouge toddler was found in a remote area of Mississippi on Sunday, two days after she was reported missing, and her stepfather has been arrested in connection with the death. Pearl River County Coroner Derek Turnage confirmed to the Sun Herald...
HANCOCK COUNTY, MS・11 HOURS AGO
WPXI Pittsburgh

BEREA, Ohio — An Ohio haunted house worker admitted to authorities he suffered a lapse in judgment when he brought a bowie knife from home to give patrons a little real-life scare, but his realization came a little late for one unlucky thrill seeker. According to WBNS, police in Berea...
OHIO STATE・13 HOURS AGO

Wisconsin 1st-grader out of coma after lawnmower accident

A Wisconsin first-grader who was hit in the head by a rock propelled by a lawnmower at his school has emerged from a coma and is eating, family members said. Alex Hook, 6, was in a medically induced coma after he was hit Sept. 10 while at recess at Riverview Elementary School in Silver Lake, the La Crosse Tribune reported.
WISCONSIN STATE・14 HOURS AGO
WPXI Pittsburgh

PITTSBURGH — A toddler was brought to a Pittsburgh hospital Sunday afternoon with a gunshot wound. The toddler arrived at the Allegheny General Hospital’s emergency entrance in a private vehicle before the child was rushed to UPMC Children’s hospital in critical condition, according to police. Detectives are working to find...
PITTSBURGH, PA・3 HOURS AGO
WPXI Pittsburgh

Toddler brought to AGH with gunshot wound; police trying to track down where shooting happened

PITTSBURGH — A toddler was brought to Allegheny General Hospital Sunday afternoon with a gunshot wound. According to police, the toddler arrived at the hospital’s emergence entrance in a private vehicle before he was rushed to UPMC Children’s hospital in critical condition. Detectives are working to find out where the...
PITTSBURGH, PA・12 HOURS AGO

JOPLIN, Mont. — (AP) — Federal investigators are seeking the cause of an Amtrak train derailment near a switch on tracks in the middle of vast farmland in far northern Montana that killed three people and left seven hospitalized over the weekend. The westbound Empire Builder was traveling from Chicago...
MONTANA STATE・6 HOURS AGO
WPXI Pittsburgh

A look at recent Amtrak accidents

National Transportation Safety Board investigators are trying to determine the cause of the Amtrak derailment in north-central Montana that killed three people aboard the Empire Builder, traveling from Chicago to Seattle. The train, carrying about 141 passengers and a crew of 16, left the tracks about 4 p.m. Saturday near...
TRAFFIC・15 HOURS AGO
WPXI Pittsburgh

SALT LAKE CITY — (AP) — A University of Utah football player has died in in a shooting at a house party early Sunday, Salt Lake City police said. The shooting that killed Aaron Lowe occurred just after midnight, only hours after the Utes beat Washington State 24-13, and less than a year after a teammate of Lowe’s died in an accidental shooting.
UTAH STATE・17 HOURS AGO
WPXI Pittsburgh

HOLBROOK, N.Y. — (AP) — Lines of mourners paid their respects Sunday for Gabby Petito, the 22-year-old whose death on a cross-country trip has sparked a manhunt for her boyfriend. Among those who congregated in Holbrook, about 35 miles (56 kilometers) east of New York City, were family members, friends,...
HOLBROOK, NY・15 HOURS AGO

JOPLIN, Mont. — (AP) — A team of investigators from the National Transportation Safety Board was at the site of an Amtrak derailment in north-central Montana that killed three people and left seven hospitalized Sunday, officials said. The westbound Empire Builder was en route from Chicago to Seattle when it...
MONTANA STATE・17 HOURS AGO