Tesla agrees to pay $625 each to 1,700 Model S owners over claims it throttled their batteries with a software update 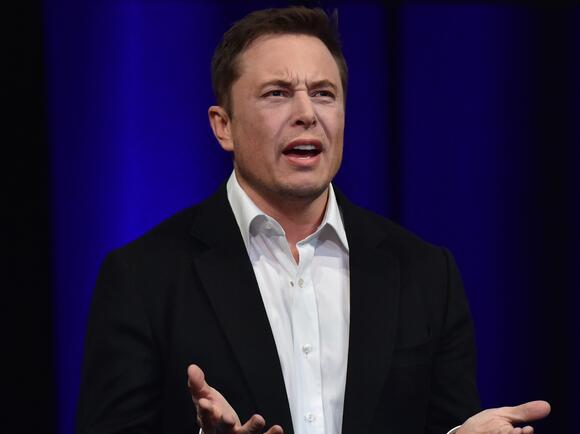 Tesla has agreed to pay $1.5 million to settle claims that a May 2019 software update temporarily cut the maximum charge of some of its vehicles.

The electric car maker has agreed to pay $625 each to some owners of its Model S sedan cars, according to court documents filed in the US District Court in San Francisco on Wednesday.

Per the documents, the software update stopped batteries charging to their maximum voltage, and affected 1,743 Model S vehicles.

Plaintiff David Rasmussen filed the class-action lawsuit in August 2019 on behalf of himself and other Model S and X drivers who he said were impacted by the update. Rasmussen claimed in the suit that the software update reduced the range and charging speed of his Model S.

The court documents said the settlement applied to all US residents who owned or leased a Tesla Model S between May 2019 and September 2020 and who experienced the battery voltage reduction. It didn't say exactly how many people would receive the money, or whether the payouts were limited to one for each of the 1,743 vehicles.

It did not mention whether Model X owners would receive compensation over similar claims.

The filing said that the $625 payment would provide "considerable monetary relief" to owners - the affected vehicles lost about $175 in value due to the problem, it said.

Tesla had also agreed to put software in its in-warranty cars to let drivers know if their batteries need repairing, the filing said.

In May 2019, Tesla released the software update after two reports of its Model S cars spontaneously catching fire .

"Out of an abundance of caution, we are revising charge and thermal management settings on Model S and Model X vehicles via an over-the-air software update that will begin rolling out today, to help further protect the battery and improve battery longevity," a company spokesperson said in a statement to Teslarati.com at the time, which was cited in Rasmussen's lawsuit.

The court documents said that the update reduced battery voltage in some Model S cars by 10% for about three months, and then by a smaller 7% over the next seven months.

Tesla released a update in March 2020 after which "the vehicles' voltage showed steady restoration over time," the court documents said.

Tesla data showed that it had fully restored maximum battery voltage in 1,552 cars, and replaced batteries in 57 cars. Drivers of the remaining vehicles should expect to have their batteries restored over time, the court documents said.

A judge has set a hearing for December 9 to finalize the proposed settlement, per the filing.

Tesla did not immediately respond to Insider's request for comment.

German automaker Volkswagen has announced that it has launched Over-the-Air Updates for each of the models in its ID. family of vehicles. Over-the-Air Updates allow manufacturers to roll out vehicle improvements through software downloads that go to the car through an internet connection. Tesla is the most notorious carmaker to utilize Over-the-Air updates for its vehicles. The company employs them for performance, entertainment, and updates to the company’s Full Self-Driving suite.
CARS・9 HOURS AGO
MarketWatch

Shares of China-based electric vehicle makers, and of Tesla Inc. , took a hit ahead of Monday's open, amid a one-two punch of Li Auto Inc.'s warning of a deliveries miss and worries that real estate developer China Evergrande Group could default this week. Shares of Nio Inc. sank 4.0% toward a four-month low, Xpeng Inc. slid 4.4% and Li Auto shed 5.7%. Tesla's stock slumped 2.8%, putting them on track to snap a four-day win streak. Tesla recorded $5.90 billion in revenue from China in the first six months of 2021, or 26.4% of total revenue, after recording $2.30 billion in China revenue, or 19.1% of the total, in the same period in 2020. Earlier, Li Auto cut its third-quarter deliveries guidance to 24,500 from 25,000 to 26,000, as the slower-than-expected recovery in semiconductor supplies hampered results. And worries over a potential Evergrande default sent global equity markets reeling, as the iShares MSCI China ETF dropped 3.3% and futures for the Dow Jones Industrial Average sank 646 points, or 1.9%.
ECONOMY・14 HOURS AGO
WXYZ Detroit - 7 Action News

Examining the ongoing electric transformation of the auto industry

The fun starts tomorrow at the M1 Concourse in Pontiac for the big Motor Bella event. It comes at a time when a global shift is transforming the auto industry.
PONTIAC, MI・4 HOURS AGO
CarBuzz.com

Tesla's Next Full Self-Driving Update Has A Crucial Feature

This is the one many Tesla owners have been waiting for. CEO Elon Musk has promised it'll happen for quite some time and it's understandable owners' patience is running out. But patience has its virtues. According to Musk himself on Twitter, the all-electric vehicle automaker will release yet another updated version of its Full Self-Driving beta 10.1 technology this coming week with a key feature: the Beta button.
CARS・1 DAY AGO

Fully electric vehicles haven't been around for nearly as long as combustion cars, so we're still learning about the potential reliability issues and repair bills that EV owners could face as the miles pile up. One Tesla Model S managed to cover 750,000 miles, which is more than can be said for most gas-powered cars, but the cost of replacing EV battery packs has come under increased scrutiny lately.
CARS・2 DAYS AGO
Business Insider

While Elon Musk has said the update "will blow your mind," some drivers show instances of their car darting into oncoming traffic or over curbs.
TECHNOLOGY・2 DAYS AGO
Business Insider

Elon Musk and Jeff Bezos have a long history of rivalry, and recently, Musk has mocked Bezos on Twitter - but the pair were polite this time.
BUSINESS・3 DAYS AGO
TechCrunch

Musk tweeted late Thursday night that the FSD Beta v10.0.1 software update, which has already been pushed out to a group of select owners, will become more widely available starting September 24. Owners who have paid for FSD, which currently costs $10,000, will be offered access to the beta software...
TECHNOLOGY・3 DAYS AGO

Ford announced Wednesday it is investing $250 million in three metro Detroit plants with plans to add 450 jobs involving the production of the all-electric F-150 Lightning.
BUSINESS・4 DAYS AGO
Business Insider

Tesla's electric cars have long been able to travel the farthest. There's about to be a new top dog, according to official EPA estimates.
TRAVEL・4 DAYS AGO
insideevs.com

We've heard it over and over, the yoke is a joke! However, other folks seem to really like the Tesla Model S Plaid's steering yoke. As we've said in the past, it's our opinion that the yoke should be optional. While the Nurburgring record was recently set with it, we've seen other Plaid race participants swap it out for something more round.
CARS・4 DAYS AGO
ValueWalk

Electric vehicle maker Rivian aims to raise as much as $8 billion in IPO, sources say

Rivian, which counts Ford Motor and T. Rowe Price among its investors, registered the IPO confidentially with U.S. regulators last month. It is seeking a valuation of about $80 billion in the listing, which is expected to land in late October or November, the sources said. Rivian, the Amazon.com-backed electric...
BUSINESS・5 DAYS AGO
electrek.co

Tesla has started pushing a new software update that enables Sirius XM and “immersive sound” in the new Model S. While Tesla started delivering the new Model S with a refreshed interior and a new powertrain in June, the automaker hadn’t completed the software just yet. For example, the vehicles...
TECHNOLOGY・6 DAYS AGO
hackaday.com

Lithium Mine To Battery Line: Tesla Battery Day And The Future Of EVs

After last year’s Tesla Battery Day presentation and the flurry of information that came out of it, [The Limiting Factor] spent many months researching the countless topics behind Tesla’s announced plans, the resource markets for everything from lithium to copper and cobalt, and what all of this means for electrical vehicles (EVs) as well as batteries for both battery-electric vehicles (BEVs) and power storage.
ECONOMY・6 DAYS AGO
Business Insider

Elon Musk tweeted that the Tesla Model S Plaid broke a record for the Nürburgring race track. It beat the previous lap time for a production EV, by a Porsche Taycan Turbo, by just over 11 seconds. Tesla released footage of one of the car's laps of the circuit. Tesla...
CARS・7 DAYS AGO
insideevs.com

This New Tesla Model S Has A Tilting Screen - Soon In Production?

Tesla refreshed the Model S sedan recently, adding the new top of the range Plaid version to the range, as well as making some modifications inside - here’s the full breakdown of what the refreshed Model S has to offer - but the manufacturer still has some new features it wants to implement, or features it wanted to implement but gave up on.
CARS・7 DAYS AGO
insideevs.com

As you're probably already aware, the Tesla Model S Plaid recently set the official world speed record for a production electric car. It lapped the famous Nürburgring with a time of 7:30.909. About as quickly as Tesla CEO Elon Musk tweeted out the news, people were insisting it was false....
CARS・8 DAYS AGO
CleanTechnica

The Tesla Model S Plaid is the fastest production car ever made. On land, it can accelerate from 0–60 mph in less than 2 seconds. But what about underwater? This idea was brought to Gruber Motor Company by a Tesla customer who showed up with a brand new Tesla Model S Plaid with a very special request: make it waterproof. As in, submarine-level waterproof.
CARS・8 DAYS AGO
carthrottle.com

Elon Musk has tweeted a timesheet showing a 7min 30.9sec 'Ring lap, and footage has been posted of a slightly slower effort. Nearly two years on from first showing up at the Nurburgring with a drastically modified Model S and then leaving without posting a time, Tesla has now delivered the Green Hell goods. The new 1007bhp Model S Plaid has been seen tearing around the Nordschleife for the last few weeks, and today CEO Elon Musk tweeted a pair of lap times achieved by the car: 7:30.909, and 7:35.579.
CARS・10 DAYS AGO