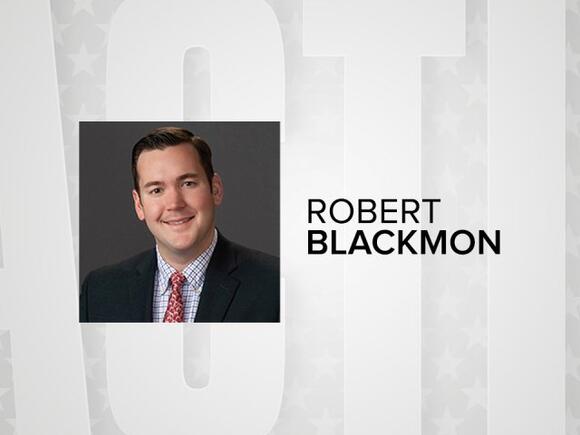 On August 24, voters in St. Petersburg will decide who should be the next person to lead as mayor in the second-largest city in the Tampa Bay region. Currently, eight people are running for St. Pete’s top spot.

ABC Action News is highlighting each candidate for mayor starting with Robert Blackmon.

“To me, leadership knows no age. You just have to know the issues and have the best ideas. I hope this campaign we focus on it being a war of ideas not a war of personalities,” he said.

As a real estate investor, Blackmon says he has pinpointed issues that he believes slow progress. “We constantly have problems with getting permits on the street fast enough, getting people approved and that costs the business owners’ money and it allows them to not have jobs created for months and possibly even years,” he elaborated.

Blackmon’s top issues include establishing a clear vision for the redevelopment of Tropicana Field, preserving our environment, stopping excessive redevelopment and fighting crime with wrap-around services.

“We need to make sure that everyone in every neighborhood feels comfortable and safe when they put their head on their pillow at night. No matter where you live and no matter how much money you make you deserve to feel safe,” he explained.

Blackmon says transparency will be key which will include giving residents more details about how tax dollars are spent. He also wants to focus on moving city services and jobs to underserved communities.

“My focus is making this city the best it can be for everyone,” he added.

If no candidate earns more than 50% of the vote on August 24, the top two will face off in November. The new mayor will be sworn in January 6 and serve a 4-year term.

If you want a look at what Oldsmar used to be, make a stop at the Oldsmar Historical Society. A small portion of an old bank in Downtown Oldsmar is home to a lot of the city's past.
OLDSMAR, FL・14 HOURS AGO
ABC Action News WFTS

Oldsmar's Veterans Memorial Park recognizes local veterans. "We see a lot of veterans on a daily basis whether they’re enjoying the gazebos, the waterfront view or walking around to memorialize the others who are here," said Chip Potts the director of leisure services for the City of Oldsmar.
OLDSMAR, FL・14 HOURS AGO
ABC Action News WFTS

The City of Oldsmar are making progress on downtown development plans, considering a proposal to add housing, restaurants, and shops to the area.
OLDSMAR, FL・12 HOURS AGO
ABC Action News WFTS

Investigative Reporter Katie LaGrone explains which district denied the most and why some Florida doctors who signed forms are also now facing questions if they were driven by medicine, money or politics.
FLORIDA STATE・1 DAY AGO

Some 80,000 St. Petersburg residents could find themselves underwater in the next few decades, maybe sooner. The city is enjoying an economic boom, attracting tourists, ex-pats, and investors from all over the world. Sea-front properties are booming all over Sunshine City. Real estate is in high demand.
SAINT PETERSBURG, FL・2 DAYS AGO
ABC Action News WFTS

Pinellas Co. residents can get into Dali Museum free for Arts Alive

The Dali Museum in St. Petersburg is participating in Arts Alive this month which means residents in Pinellas County can get into the event for free as a thank you for supporting the museum.
PINELLAS COUNTY, FL・4 DAYS AGO
ABC Action News WFTS

Standing firm in the face of the Biden Administration, Florida Gov. Ron DeSantis on Monday said any cities and counties in the Sunshine State that mandate the COVID-19 vaccine for public government employees will be fined $5,000 per worker.
FLORIDA STATE・4 DAYS AGO
ABC Action News WFTS

TAMPA, Fla. — The city of Tampa just released new numbers showing Tampa is outpacing the nation in job growth. The city saw a 6% increase in job postings between 2015 and 2020. "We definitely are on track. There's no doubt," Tampa Mayor Jane Castor said. Since taking office, Mayor...
TAMPA, FL・7 DAYS AGO