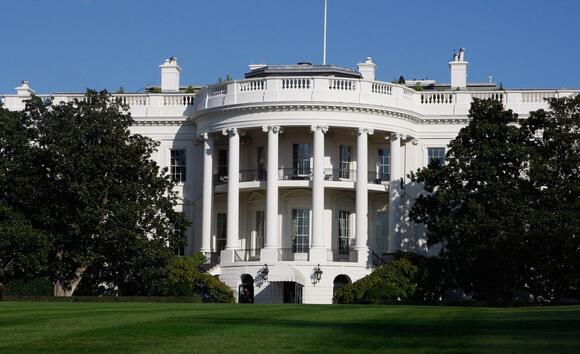 A new White House memo from President Joe Biden’s senior adviser argues that swing voters want compromise solutions from lawmakers that “meet in the middle,” including on the latest $1.2 trillion infrastructure deal.

“While a lot of pundits have doubted bipartisanship was even possible, the American people have been very clear it is what they want,” senior adviser Mike Donilon wrote in a White House memo obtained by the Washington Examiner .

Senators on Wednesday voted 67-32 on a procedural measure to advance Biden’s roads and bridges proposal. Still, the bill remains to be drafted and will need to garner 60 votes for final passage.

It will then need to pass through the House, where it is already facing pushback from members of the Democratic Party’s left flank. Backed by House Speaker Nancy Pelosi, liberals said they won’t vote for the bipartisan bill unless it is paired with a multitrillion-dollar reconciliation package.

“We look forward to seeing the progress made by the twenty senators,” Washington Rep. Pramila Jayapal, a Democrat, said in a statement. “But the votes of the Congressional Progressive Caucus members are not guaranteed until we examine the details, and until the reconciliation bill is agreed to and passed with our priorities sufficiently funded.”

Donilon said that surveys show that voters in tightly held districts want lawmakers to work together to get a bill passed.

“A majority of voters in battleground Congressional districts want a new infrastructure bill passed with bipartisan support when asked by No Labels-HarrisX in May (55%), June (52-73% in different districts), and July (72%),” the memo reads.

For voters, the “leading challenge” for the nation is addressing the partisan political divide, according to the longtime Democratic strategist.

Donilon cites a June Georgetown University Battleground Poll in which 32% of voters named polarization among their top two issues, coming in 7 percentage points above their next most important issue.

“Wednesday’s bipartisan agreement is an important signal to voters that they’re being heard and that their government can work as they think it should – with elected officials from both sides of the aisle coming together to address the concerns that matter most in their lives,” he said.

Stark divisions remain, however. While 73% of Democrats surveyed by the Georgetown poll said the country was headed in the right direction, 90% of Republicans said it was going in the wrong direction.

The poll surveyed 1,000 registered voters between June 5-10 and had a margin of error of plus or minus 3.1 percentage points.

Donilon, Biden’s chief strategist in the 2020 presidential campaign and a top aide to the then-vice president during the Obama administration, said Biden “ran on the message” that people should come together to address the nation’s concerns.

“The American people embraced that message,” he said, urging Congress to “deliver results for working families.”

Democrats planned to pass a massive social spending bill along with a major infrastructure package, government funding, and a debt ceiling increase — all by the end of September.
CONGRESS & COURTS・18 HOURS AGO
WashingtonExaminer

Coming off the worst couple of weeks of his presidency, President Joe Biden now enters what is a must-win stretch of political gamesmanship in Congress. At stake are a bipartisan infrastructure bill, a larger “social” infrastructure bill, known as the Build Back Better Act, and a looming expiration of the debt ceiling. Doug McKelway has more on how a Republican minority plans to foil the centerpiece of Biden’s agenda.
PRESIDENTIAL ELECTION・23 HOURS AGO
WashingtonExaminer

The Democratic Congressional Campaign Committee is launching a Spanish-language digital platform to combat “misinformation” less than one year after then-President Donald Trump and down-ballot Republicans made significant gains with Hispanic voters.
PRESIDENTIAL ELECTION・3 HOURS AGO
WashingtonExaminer

Trump has Republicans in a now-familiar place: On edge, awaiting his next move

Democratic leaders announced Monday that they will pair a critical government funding bill with a provision to raise the nation’s borrowing limit, triggering a fiscal showdown with Republicans.
CONGRESS & COURTS・21 HOURS AGO
WashingtonExaminer

A group of activists are launching a national call-in to urge West Virginia Sen. Joe Manchin to end the filibuster so Democratic lawmakers can more easily pass some of their legislative priorities.
CONGRESS & COURTS・48 MINUTES AGO
WashingtonExaminer

The Biden administration said on Monday that it “strongly supports” a bill the House will consider this week that would block many state-level abortion restrictions.
POTUS・21 HOURS AGO
WashingtonExaminer

President Joe Biden's already-weak economic job approval numbers are at risk of eroding even more if he does not lead the White House and congressional Democrats through the crush of coming challenges.
PRESIDENTIAL ELECTION・18 HOURS AGO

House Democrats introduced legislation on Tuesday that aims to curb presidential powers by addressing a laundry list of issues and complaints that came up during former President Donald Trump’s norm-shattering presidency.
PRESIDENTIAL ELECTION・27 MINUTES AGO
WashingtonExaminer

Republican activists and allies of Republican Sen. Rand Paul are charged with conspiring to use a “straw donation” to funnel a $25,000 donation illegally from a Russian national to then-candidate Donald Trump’s presidential victory fund during the 2016 election. The Justice Department unsealed an indictment on Monday that accuses Jesse...
PRESIDENTIAL ELECTION・17 HOURS AGO
WashingtonExaminer

Democrats are searching for alternative ways to include mass amnesty in their social spending legislation after the Senate parliamentarian advised Sunday that measures providing a pathway to citizenship for 8 million illegal immigrants could not be attached to their go-it-alone $3.5 trillion reconciliation bill.
CONGRESS & COURTS・3 HOURS AGO
WashingtonExaminer

A bipartisan coalition of 32 attorneys general is throwing its support behind six anti-Big Tech antitrust House bills being debated, adding weight to those who want to curb Silicon Valley's influence.
CONGRESS & COURTS・2 HOURS AGO
WashingtonExaminer

What is it with Iowa and President Joe Biden?
IOWA STATE・3 HOURS AGO
WashingtonExaminer

President Joe Biden will increase the refugee cap for the next fiscal year to 125,000, fulfilling a campaign promise and satisfying the demands of liberal Democrats in Congress amid calls for stepped-up resettlement of Afghan refugees.
IMMIGRATION・19 HOURS AGO

A majority of Iowans disapprove of Joe Biden’s job performance as president, according to the new Des Moines Register/Mediacom Iowa Poll.
IOWA STATE・2 HOURS AGO
WashingtonExaminer

Former President Donald Trump’s summer endorsement spree skipped over Ohio, where an expanding field of Republican Senate hopefuls is jockeying intensely for the seal-of-approval poised to matter most in the 2022 primary.
OHIO STATE・7 HOURS AGO
WashingtonExaminer

With less than two weeks remaining before the federal government partially runs out of money, congressional Democrats plan to enact a stopgap spending bill while massive infrastructure and social spending bills remain on their legislative to-do list.
CONGRESS & COURTS・1 DAY AGO