Camille Winbush is a former child star, and it is safe to say that fans mostly remember as the teenager on TV. Winbush has had to clamp down on some rumors about her opening an OnlyFans account.

Hollywood actress Camille Winbush played a witty and headstrong teenager, Vanessa Thomkins, on "The Bernie Mac Show." These days the star is all grown and showing her expertise in other spheres of entertainment.

However, it seemed many fans had not gone past the image of her as a little girl on TV. The star received some backlashes after she posted some revealing information and updates about herself. 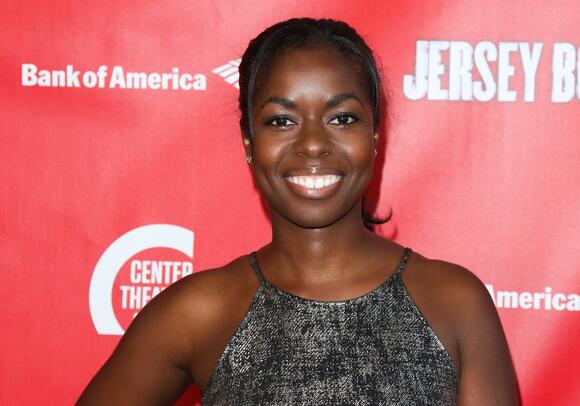 The actress took to her Instagram page, where she shared a statement addressing the critics. The actress noted that after she made her post, fans were quite supportive, but she couldn't quite shake off the negative comments.

The star pointed out that she was not broke or desperate for money. She addressed the comments about her TV uncle Bernie Mac "turning his grave," as she noted that he was not.

She implored fans to stop making such insinuations even if they were seen as light jokes. The "Minor Adjustment' star noted that she was not desperate for a job or in dire need of money.

She pointed out how she used to be quite conscious of people's opinions about her, adding that all that had changed. Winbush added at the time that she was turning 31 and could make her own choices.

Prior to Winbush's address to critics, she announced that she would be joining OnlyFans and keeping up with her fans on a more personal level. However, it was not well-received by some of her fans.

Many took to social media calling her out and insinuating that the late Bernie Mac would not have approved of it. Most people were critical about her announcement because of the usual explicit content on OnlyFans.

The star had shared in her announcement that she would be posting and selling content via the media platform. She later added another address, noting that she was joining OnlyFans and doing it her way.

She gave an outline of the contents to be expected, noting that she would be speaking her mind, singing, dancing, and posting exclusive content. The star pointed out that the page would not be for men only.

Winbush promised to share her self-care routine and regular Q&A session on her page. Winbush emphasized what she meant by doing things her own way. She relayed that it had to do with posting minimal nudity.

The "Everything But A Man" actress is quite vocal with her thoughts, and she often expresses her opinions on social media. During one of her musings, Winbush gave her approval on expressing one's expectations in a relationship.

Hollywood talent scouts quickly recognized the expertise that Winbush bore as a child, and she became a TV regular. At the age of two, she starred in her first role on "Vipers."

Winbush moved on to appear in shows like "Strong Medicine" and "Minor Adjustments." Her most notable role on TV was on "The Bernie Mac Show," and she starred from 2001 to 2006.

Winbush was fourteen when she made news headlines for her hard work and business acumen. The star was said to have opened her own Ice cream parlor, Baked Ice, in Pasadena, California.

At the time, she shared that it was an exciting experience, and she was happy to have the support of her family. While Winbush was working on set, her aunt, Florie Taylor, managed the ice cream parlor.

The youngster explained that she worked on set for a little over 9 hours, and if she was not too tired, she would go over to her ice cream parlor. These days, Winbush continues her Hollywood career as an adult, taking up more grown-up roles.

Absolutely Beautiful they are Jealous my gurl keep doing you in Bernie Mack would be so proud of the Beautiful woman u have become Continue ....

You will not please everyone. Not even God could, else there wouldn't be a devil. So live your life babygirl and forget the haters.

Who Is Bull on 'The Masked Singer'? Fans Strongly Believe All Clues Point to This WWE Star

Who is Bull on The Masked Singer? See below for what fans are saying after analyzing the clues revealed. Currently, fans are guessing Bull is WWE star, actor and TV personality John Cena. The Masked Singer season 6 is hitting the ground running, like the show's new contestant the Bull....
WWE・1 DAY AGO
Amomama

Usher Raymond received a ton of funny backlashes from his Instagram followers after he recently shared a hilarious video of him and his daughter spending time together. Find out more. American singer, songwriter, and dancer, Usher Raymond IV remains one of the biggest stars in the music industry. A Grammy...
CELEBRITIES・1 DAY AGO
Amomama

Douglas Bourne, popularly known as Doug E Doug, has a career that has spanned over thirty years in the movie industry. His love for the screen is only a fraction of his affection for his little family. Let's meet the actor's kids. American actor Doug E Doug, now 51 years...
CELEBRITIES・1 DAY AGO
Hello Magazine

Lara Spencer was determined to flash her famous smile even as emotions ran high during a heartfelt moment she shared with fans. The Good Morning America host had to say goodbye to her beloved mother who was headed home following a long-awaited reunion. Lara posted the bittersweet update on Instagram...
CELEBRITIES・2 DAYS AGO

The "Jason Bourne" actor may have unwittingly blown the lid on his undercover online identity. Internet sleuths think they’ve proved that Matt Damon may not be as stealthy as he thought after reportedly discovering the 50-year-old Oscar winner’s "secret" Instagram account — immediately after he announced its existence. The online...
CELEBRITIES・14 DAYS AGO
talesbuzz.com

Time leaps are a norm in daily soaps and there are many cases where a female protagonist gets to play the daughter as well. However, rarely does a male lead get an opportunity like this. Nishant Singh Malkhani has got lucky and will soon play his own son in producer Yash Patnaik’s TV show, Rakshabandhan – Rasal Apne Bhai Ki Dhal, which is set to go in for a 15-year time leap. Nishant tells us, “After my onscreen wife (Sanchita Banerjee) is killed, I sacrifice my life while saving my children (Shivraaj and Rasal). I will return post the time leap as Umed’s son, the grown-up Shivraaj.”
TV & VIDEOS・8 DAYS AGO
Amomama

Late actress Lana Turner may have been one of the most prominent actresses in the 1940s, but her love life wasn't a walk in the park. Only one child was born out of her three known pregnancies. Lana Turner's story and how much control MGM had over her life will...
CELEBRITIES・1 DAY AGO
Amomama

"Will and Grace" actor Leslie Jordan wowed his fans and famous friends with a throwback photo that showed a much younger Jordan showing off his figure in the 80s. Leslie Jordan wowed his fans on Instagram this week with a throwback picture to the 80s. The photo showed a younger Jordan showing off his six-pack in a pair of grey sweatpants.
CELEBRITIES・1 DAY AGO

American television presenter Jeannie Mai Jenkins is a mom-to-be following her heartfelt pregnancy reveal recently. She shared she could not remain quiet about the exciting news any longer. Jeannie Mai Jenkins announced her pregnancy on “The Real” broadcast on Monday, September 20, with the help of her co-hosts, Garcelle Beauvais,...
CELEBRITIES・2 DAYS AGO
TVShowsAce

Bachelor in Paradise is nearing the end of the newest season. However, it looks like the drama will continue on. One of the most controversial couples on the show has unfollowed each other on Instagram. Seems Paradise was not all it was cracked up to be. The Bachelor in Paradise...
TV & VIDEOS・1 DAY AGO
centralrecorder.com

The mother of a five-year-old girl with a rare type of blood cancer has said that a meeting with the Duchess of Cambridge has had a significant impact on the child. Mila Sneddon was featured in a picture from Kate’Lockdown’s photographic project. It was used to symbolize isolation during the pandemic. After she was photographed kissing the kitchen window of her home while her father stood outside, it became a symbol of her isolation.
CELEBRITIES・11 DAYS AGO
femalefirst.co.uk

Nicole Richie marks all clothes so daughter doesn't steal them

Meredith Vieira Cried When This 'View' Co-Host Got Fired

Meredith Vieira is one of the most experienced television journalists out there. Per Britannica, Vieira graduated from Tufts University with a B.A. in English in 1975 and began her career as a radio host announcer. She worked her way up the ranks and made history in 1989 when she became the youngest correspondent for CBS' flagship news program, "60 Minutes," as noted by the Los Angeles Times. But her time on "60 Minutes" was not as positive as many thought, because she experienced sexism from people she worked with.
CELEBRITIES・22 DAYS AGO
iHeartRadio

Benji Madden shared a heartfelt tribute to his “beautiful” wife, Cameron Diaz, in honor of her 49th birthday. The Good Charlotte rocker, 42, shared one of his paintings on his Instagram page Monday and dedicated it to the “Charlie’s Angels” star, writing, “Happy Birthday to my Wife, you are beautiful in all ways, we are so lucky to have you ❤️🙏 .
CELEBRITIES・23 DAYS AGO
Hello Magazine

Nicole Richie has taken to Instagram to share some sweet family snapshots with her fans. The 39-year-old - who shares two children with husband Joel Madden - took a trip down memory lane in celebration of her sister Sofia Richie's 23rd birthday. "Been loving you since day 1. Happy Birthday...
CELEBRITIES・29 DAYS AGO

The Nicest Thing Common Has Ever Done For Tiffany Haddish Will Surprise You: 'It Don't Take Much To Make Me Happy'

It’s the simple things that made falling in love with Common easy for Tiffany Haddish. From picking her up at the airport with tacos to making sure her car was clean, the starlet will take acts of service over big gifts and displays any day. That was the message received...
CELEBRITIES・16 DAYS AGO
goodhousekeeping.com

Anya Taylor-Joy looked every inch the star on the red carpet at this year's Primetime Emmy Awards. The Queen's Gambit actress wore a yellow Dior dress with a cream-colored halter. Her hair, woven into a glamorous high bun styled by Gregory Russell, matched the gown's warm golden tone, and she finished off the look with a bold red lip and glamorous silver jewelry.
BEAUTY & FASHION・4 DAYS AGO
HOT 97

Although the Ja Rule and Fat Joe Verzuz was a successful show, one part of the battle didn’t go as planned. During the Verzuz, when Fat Joe and Ja were trash talking to each other, like the Dipset Vs. The Lox Verzuz, Fat Joe said something that offended Lil Mo and Vita. Before Mo and Vita got on stage, Joe referred to them as “dusty b*tches.” He said, “You got all those other dusty b*tches out there. You gotta go to the crackhouse to find them b*tches.”
CELEBRITIES・8 DAYS AGO
deseret.com

Gabby Petito’s father said he didn’t see any “red flags” from Petito’s boyfriend, Brian Laundrie, before the couple went off on a road trip. Petito, a 22-year-old from Long Island, has gone missing in recent days. She was first reported missing on Sept. 11. She did not return home from a road trip with her boyfriend, Brian Laundrie. The two spent weeks in Utah, visiting Mystic Hot Springs and Bryce Canyon, Canyonlands and Arches national parks, among other locations.
RELATIONSHIPS・8 DAYS AGO