Facebook co-founder Eduardo Saverin is in talks to invest in CoinDXC that will seal the Indian crypto exchange's unicorn status, report says 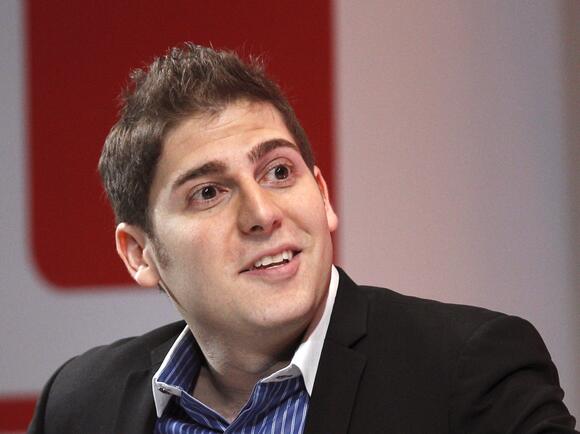 Facebook co-founder Eduardo Saverin's B Capital is in discussions to close an investment round for Indian crypto exchange CoinDCX that could value the company at more than $1 billion, the Economic Times reported on Wednesday.

San Francisco-based digital asset investment fund Polychain Capital and crypto exchange Coinbase's venture capital arm are other participants in the round that could raise between $100 to $120 million, the report said, citing three sources familiar with the matter.

For startups to attain a $1 billion valuation was once an uncommon feat, hence why they share a name with a rare mystical animal - "unicorn."

B Capital, Polychain Capital, and CoinDCX didn't immediately respond to Insider's request for comment, while Coinbase declined to comment.

CoinDCX, launched in 2018, counts over 100,000 active monthly users and sees more than $40 million in daily trading volume, according to figures on its website. The company's user base has surged 700% since March 2020, and its registered users reportedly stood at 1.5 million as of June.

Co-founders Sumit Gupta and Neeraj Khandelwal raised about $20 million through three rounds of funding in 2020, according to the ET .

The absence of clear regulations and a previous threat of a blanket ban on cryptocurrencies has kept some local investors away from crypto-focused firms, but the industry has managed to secure investments from international funds and entrepreneurs like Mark Cuban.

Indian crypto firm Polygon received an undisclosed investment from Cuban in May this year.

Cryptocurrency investments in India grew from about $200 million to nearly $40 billion in the 12 months to June, according to data firm Chainalysis. The country ranks as high as 11 out of 154 nations in terms of cryptocurrency adoption, data shows .

Read More: Denmark's most popular eToro trader breaks down how his time as an elite chess player helped shape the strategy that made him 400% returns on bitcoin this year and led 20,000 people to copy his portfolio

Rivian wants to raise up to $8 billion in its hotly anticipated 4th-quarter IPO, report says

If it manages to raise $8 billion, Rivian's IPO would be the fourth-largest of the last decade, according to Reuters.
BUSINESS・20 HOURS AGO
Business Insider

Subscribe to Eastworld for insight on what’s dominating business in Asia, delivered free to your inbox. Apna, a digital hiring startup in India that connects millions of blue-collar workers to employers, reached a valuation of $1.1 billion with a new funding round led by Tiger Global Management. The startup reached...
ECONOMY・10 HOURS AGO
Business Insider

The top finance news for Sept. 16, including the latest on Goldman's GreenSky acquisition and Robinhood's CMO's departure.
MARKETS・5 HOURS AGO

"Made no sense to me. But I wasn't quick enough to short it, and that, of course, turned out to be fraud," Novogratz said at the SALT Conference Tuesday.
MARKETS・1 DAY AGO
Digital Trends

Apple co-founder Steve Wozniak is up to something. But we don’t really know what, as he’s not quite ready to reveal all. The 71-year-old tech guy recently tweeted: “A private space company is starting up, unlike the others.” The mysterious post included an equally mysterious video that promised much but gave little away.
BUSINESS・2 DAYS AGO
Markets Insider

Southeast Asia payments platform Xendit on Tuesday (Sept. 14) finalized a Series C funding round that generated $150 million, in the process cracking the $1 billion mark in money raised. Tiger Global Management led the latest fundraising round, which made Xendit a unicorn — a rarity for companies in the...
MARKETS・1 DAY AGO

Apple co-founder Steve Wozniak tweeted on Sunday about a "private space company" he's launching that's "unlike the others." Called Privateer Space, its mission is to "keep space safe and accessible to all humankind," according to a YouTube video Wozniak linked. Ripcord founder Alex Fielding is also a co-founder. "It's up...
BUSINESS・2 DAYS AGO
pymnts

Fidelity Investments is bolstering its digital assets team as crypto sees a glut of financial advisers, family offices and other investors get on board, according to Bloomberg Monday (Sept. 13). Fidelity provides institutional services like digital coin custody to trade execution. The company wants to increase its digital asset employees...
STOCKS・2 DAYS AGO
q957.com

SAO PAULO (Reuters) – SoftBank Group Corp on Tuesday launched a $3 billion fund to invest in technology companies in Latin America in a bid to build on the success of its initial fund for the region, which has spent most of its capital. In a statement, the Japanese conglomerate...
BUSINESS・2 DAYS AGO

BENGALURU, Sept 14 (Reuters) - Zomato Ltd (ZOMT.NS) co-founder and head of supply Gaurav Gupta has left the Indian food delivery firm after six years, the company said on Tuesday, months after it went public in a high-profile listing. Gupta, who was promoted to the position of founder in March...
BUSINESS・2 DAYS AGO
Markets Insider

Top US regulator Gary Gensler ups the pressure on crypto exchanges after Coinbase spat, saying they need to 'come in and talk to us'

Gary Gensler is increasingly focused on crypto trading platforms, although there's a debate over what the SEC can and can't regulate.
MARKETS・2 DAYS AGO
crunchbase.com

The Briefing: SoftBank Commits $3B To Latin America, QED Investors Closes On $1B, And More

Here’s what you need to know today in startup and venture news, updated by the Crunchbase News staff throughout the day to keep you in the know. SoftBank Group announced the launch of the SoftBank Latin America Fund II, its second dedicated private investment fund focused on technology companies in the Latin American market, with an initial $3 billion commitment.
BUSINESS・2 DAYS AGO
bitcoin.com

Grayscale Investments has partnered with Icapital Network to provide more than 6,700 advisors access to its cryptocurrency investment products. “Advisors and their clients have expressed increasing appetite for uncorrelated return potential in their portfolios, and digital currencies are at the center of the conversation right now,” said the CEO of Icapital.
MARKETS・2 DAYS AGO
protocol.com

A 'co-creator' is suing Pinterest's co-founders

Christine Martinez is suing two of Pinterest's co-founders, claiming she helped them create the site but was never compensated. She was never an employee of the company and never received stock, but she alleges that the founders had verbally agreed to pay her. According to the lawsuit, she helped the founders in 2008 and came up with the "Pin it" phrase along with the idea of "boards" for images. Pinterest did not immediately respond to a request for comment.
BUSINESS・2 DAYS AGO
International Business Times

In today’s world, there is no shortage of new crypto assets and tokens. Everyday a new token is born and due to the hype it generates, its value soars through the sky. From the fear of missing out, people invest their hard earned money in it in search for a profit. However, as soon as the hype dies, the asset no matter how utilitarian it might be, dies, and with it dies the chance of profit, or even the recovery of initial investment, of all the people who invested in it.
COMMODITIES & FUTURE・2 DAYS AGO