People in This Housing Market Made Over 100% on Their Homes 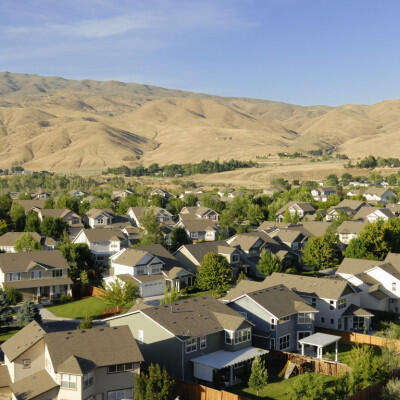 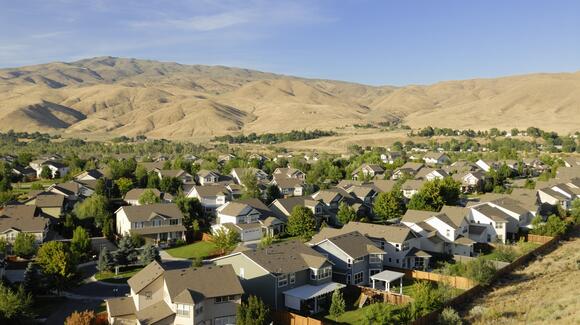 The housing market is in an astonishing state. The widely followed S&P CoreLogic Case-Shiller Home Price Index showed that home prices rose over 16% in May, compared to the same month last year. In Phoenix, they were up over 20%, and in some smaller towns and cities, the figure is much higher.

The rise in prices has been triggered by a surge in demand as people leave large east and west coast cities for places with what many people think is a better quality of life and lower living expenses. Working from home, brought on by the COVID-19 pandemic, has made this a widely adopted way to have a job without going to a corporate office. As demand has surged, supply has fallen. Builders have not been able to keep up. Those they have tried to have found that some essential building materials, like lumber, have jumped sharply in price.

Real estate property database company ATTOM has just released its second-quarter 2021 U.S. Home Sales Report . It shows the profits made by people who sold homes during the period. Nationwide, sellers made 44.9%, compared to what they paid for their homes. Todd Teta, chief product officer at ATTOM, characterized the current environment as a "housing market in high gear."

ATTOM looked at 195 U.S. metropolitan areas. "Metro areas were included if they had at least 1,000 single-family home sales in the second quarter of 2021 and a population of at least 200,000." In the second quarter, compared to the same quarter last year, the metro with the largest increase in profit for a sale over what the homeowner originally paid was Boise, Idaho, where the number was 123.4%.

The analysis does not provide a reason why Boise's number was so high. One reason may be that it is a favorite place to move to for people who lived in large west coast cities. Another is simply the growth of the population overall. According to the Census Bureau, Boise had among the largest increases in population from 2010 to 2020, with a 24.94% gain to 770,353. That made it the 77th largest metro in the nation.

Click here to read about the most expensive cities in which to buy a home.

Where home prices are going next, according to forecast models

Subscribe to Fortune Daily to get essential business stories straight to your inbox each morning. The COVID-19 housing market—underpinned by remote work, pandemic-induced low mortgage rates, and a demographic wave of first-time homebuyers—has been among the hottest in the nation's history. Since the onset of the crisis, median home list prices are up 23%.
REAL ESTATE・1 DAY AGO
probuilder.com

Conventional wisdom suggests that if the Federal Reserve Board raises interest rates, higher monthly mortgage payments should cool demand and consequently housing price appreciation. But the Fed doesn’t control interest rates directly. The board influences money supply through buying mortgage-backed securities. So, the question becomes: If we are experiencing a...
REAL ESTATE・1 DAY AGO
Orlando Sentinel

Home prices in metro Orlando were flat from July to August, sales fell for a second month and housing inventory rose slightly for the fourth straight month, according to the latest report from the Orlando Regional Realtor Association. But homebuyers hoping the red-hot seller’s market is tipping in their favor still have a while to wait, experts warn. “I think we’re near the peak of the cycle, ...
ORLANDO, FL・9 HOURS AGO
MarketWatch

Existing-home sales dropped 2% to a seasonally-adjusted, annual rate of 5.88 million in August, the National Association of Realtors said Wednesday. Compared with August 2020, home sales were down 1.5%. Economists polled by MarketWatch had projected existing-home sales to come in at 5.87 million. The median sales price of an existing home was up nearly 15% year-over-year at $356,700.
REAL ESTATE・7 HOURS AGO

Housing starts increased almost exclusively due to an uptick in the construction of multifamily buildings.
CONSTRUCTION・1 DAY AGO
MarketWatch

This Is the City Where Downsizing Saves the Most

Not surprisingly, the cities where people save the most by downsizing are the most expensive housing markets in the country.
REAL ESTATE・9 HOURS AGO
AFP

Sales of US existing homes fell in August for the first time in three months as the ongoing supply shortage and high prices kept buyers away from the market, according to industry data released Wednesday. The decline in in August followed two months of increases and came as prices continued to rise and the supply of homes on the market continued to dwindle.
REAL ESTATE・7 HOURS AGO

U.S. home builders started construction on homes at a seasonally-adjusted annual rate of 1.62 million in August, representing a 3.9% increase from the previous month, the U.S. Census Bureau reported Tuesday. Compared with August 2020, housing starts were up 17.4%. The pace of permitting for new housing units also increased in August. Permitting for new homes occurred at a seasonally-adjusted annual rate of 1.73 million, up 6% from July and 13.5% from a year ago. With both housing starts and building permits, the gains recorded in August were driven by an uptick in multifamily construction activity. Economists polled by MarketWatch had expected housing starts to occur at a pace of 1.55 million and building permits to come in at a pace of 1.62 million.
REAL ESTATE・1 DAY AGO
24/7 Wall St.

The Price of This Household Item Is Soaring

Inflation is once again becoming a potential concern in the U.S., according to some economists. This is due in part to accelerated job growth, new stimulus packages, and the rising price of fuel.   There is a worry, additionally, that interest rates will increase, which could make daily life more expensive, curtail spending, and slow […]
BUSINESS・2 DAYS AGO
The Independent

Even in the hottest U.S. housing market in more than a decade, new home construction has turned into a frustratingly uncertain and costly proposition for many homebuilders.Rising costs and shortages of building materials and labor are rippling across the homebuilding industry, which accounted for nearly 12% of all U.S. home sales in July. Construction delays are common, prompting many builders to pump the brakes on the number of new homes they put up for sale. As building a new home gets more expensive, some of those costs are passed along to buyers.Across the economy, prices having spiked this year...
BUSINESS・2 DAYS AGO
Los Angeles Times

The crazy SoCal housing market is cooling. But don't expect a bargain

The construction industry is showing signs of stability, despite ongoing challenges around the supply of building materials and labor.
REAL ESTATE・2 DAYS AGO
13News Now

Could 2022 bring relief for home buyers?

There are some indications that 2022 could be a better year if you’re looking to buy.
REAL ESTATE・2 DAYS AGO
USA TODAY

Houses are less affordable today than they were 50 years ago. However, a viral TikTok video exaggerates the increase in prices.
REAL ESTATE・1 DAY AGO
Sandy Post

The statewide rent control doesn't include recent inflation or the tightening multi-family vacancy rate. Landlords across Oregon may jack up rents as much as 9.9% in 2022, state officials say. The Department of Administrative Services approved the statewide maximum increase, which takes effect next calendar year, under an emergency rent control law enacted by lawmakers three years ago. Since then, the max rent hike OK'd had been 10.3% in 2019, 9.9% in 2020, and 9.2% in 2021. The law doesn't apply to new construction — or any rental built within the last 15 years. That might seem like a steep...
OREGON STATE・1 DAY AGO
24/7 Wall St.

This Is the Occupation Adding the Most Jobs

A recent Bureau of Labor Statistics analysis reveals that the occupation projected to have the fastest growth is in health care support.
ECONOMY・2 DAYS AGO
24/7 Wall St.

This Is the Worst State to Work in America

There are a large number of studies about which cities and states are best to work in. Among the most well-known are those from U.S. News and WalletHub. These are based on unemployment, job growth, job satisfaction, and the variety of industries. A news study uses different yardsticks, which rely primarily on whether a state […]
ECONOMY・10 DAYS AGO
iHeartRadio

If you are eligible, you don't have to do anything other than wait for the money to come to you.
PERSONAL FINANCE・1 DAY AGO
ValueWalk

A fourth federal stimulus check is finally coming, but it’s not for everyone. These fourth coronavirus stimulus checks will cover specific workers who were hit hard by the pandemic. Such workers would get up to $600 stimulus checks as part of the United States Department of Agriculture’s Farm and Food Workers Relief (FFWR) grant program.
AGRICULTURE・1 DAY AGO