Gold investment demand tumbled 60% in the first half this year, but people still kept buying jewellery 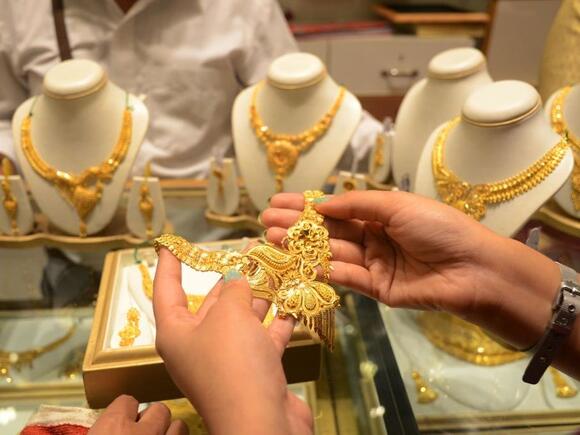 Investor appetite for piling into gold through commodity funds seems to have dwindled in 2021 compared to last year, but retail shopping remains hot.

Demand for gold as an investment fell to 455.9 tons in the first half of the year, down 60% compared with a year ago, when exchange-traded funds logged record inflows, figures released Thursday by the World Gold Council showed. Investment demand for gold covers ETFs as well as coins and bars.

In the second quarter, global demand for gold gained momentum to reach about 955 tons, roughly the same level as the same period last year, according to the report.

"It has recovered noticeably as compared with the previous two weak quarters," said Daniel Briesemann, precious and industrial metals analyst at Commerzbank.

The WGC report highlighted a divergence in appetite for gold between institutional investors buying bars and coins, and consumers purchasing physical gold and personal ornaments.

After dropping to its lowest annual level on record in 2020, jewellery demand soared 60% to about 390 tons in the second quarter. But it still hasn't recovered to pre-pandemic levels, as first-half demand came in at 873 tons, considerably lower than for the period in years before the outbreak of COVID-19, the council said.

For the entire year, jewellery demand is expected to total between 1,600 to 1,800 tons, which would be above 2020 levels but well below pre-pandemic levels. The WGC report cited continued disruption in some markets, such as India, as a hindrance to recovery.

Buyers in China and the US contributed the most to jewellery demand in the first half. In the second quarter, India's market was significantly affected by the impact of the coronavirus outbreak, with demand plunging 46%.

The WGC had previously estimated new COVID-19 variants could limit the uptake in jewellery demand in key markets.

Central banks worldwide maintained their gold buying, increasing reserves by about 200 tons in the second quarter. Net purchases in the first half were 333.2 tons, 39% higher than the five-year average.

Gold prices have remained steady in recent weeks, around the $1,800 level, but rose to just shy of $1,820 on Thursday after Federal Reserve officials signaled the US economy is getting closer to the point where huge monetary stimulus can be reduced.

Read More: Goldman Sachs lays out its top 3 options plays for the next week to beat volatility that's at multi-year lows this Q2 earnings season

Inflation is unsettling some investors, even if it does prove a transitory feature of the pandemic.
BUSINESS・1 DAY AGO
MarketWatch

Evergrande, a Chinese property giant, faces defaul next week. So far, global investors have shrugged off the event, but they should be paying attention.
ECONOMY・2 DAYS AGO
MarketWatch

Gold futures declined on Friday, posting a loss for the week and settling at their lowest in more than five weeks. Positive economic numbers coming in each week, the most recent being U.S. retail sales, have contributed to gold's loss, said Adam Koos, president at Libertas Wealth Management Group. "Any additional, positive, hawkish numbers like these are going to solidify any probability of a 'sooner-than-later' [Federal Reserve] tapering schedule, which wouldn't likely bode well for gold, or bonds, for that matter." December gold fell $5.30, or 0.3%, to settle at $1,751.40 an ounce - down 2.3% for the week. That was lowest finish for a most-active contract since Aug. 10, FactSet data show.
RETAIL・2 DAYS AGO

Marc Maurer, co-CEO of the company, says there's global opportunity in the premium product On is offering.
BUSINESS・2 DAYS AGO
GOBankingRates

With a single purchase of an ETF, you can track any number of different sectors or market indices. Consider these top funds to help diversify your portfolio.
STOCKS・2 DAYS AGO
MarketWatch

Oil futures settle lower, but gain over 3% for the week

Oil futures fell on Friday, with U.S. prices easing back from their highest level since late July. The day's selloff is "mostly attributable to profit taking following the run up earlier in the week," said Marshall Steeves, energy markets analyst at IHS Markit. The crude-oil market surged after the weekly U.S. inventory report Wednesday showed another crude stock draw, as less than 30% of U.S. offshore production in the Gulf of Mexico remains sidelined due to the impacts of Tropical Storm Nicholas and Hurricane Ida, he said. "However, the outlook for global demand growth is diminishing due to the spread of the delta variant." West Texas Intermediate crude for October delivery fell 64 cents, or 0.9%, to settle at $71.97 a barrel on the New York Mercantile Exchange. Prices settled at $72.61 on Thursday, unchanged from Wednesday when they ended at the highest since July 30. For the week, prices still gained 3.2%, FactSet data show.
TRAFFIC・2 DAYS AGO
MarketWatch

Investors are in a historically rotten mood. Their three biggest fears are overblown, strategist says.

Investors are pessimistic. One strategist tackles their fears, one by one.
STOCKS・2 DAYS AGO

Gold futures end lower on Friday, with prices tallying a third consecutive session loss and a second weekly decline in a row, as the U.S. dollar strengthened ahead of the Federal Reserve's policy meeting next week.
NEW YORK CITY, NY・2 DAYS AGO
740thefan.com

Analysis: Investors brace for a great fall in China

LONDON (Reuters) – International investors that have been piling into China in recent years are now bracing for one of its great falls as the troubles of over-indebted property giant China Evergrande come to a head. The developer’s woes have been snowballing since May. Dwindling resources set against 2 trillion...
ECONOMY・3 DAYS AGO
MarketRealist

Cathie Wood's ARK Invest has one of the best investment portfolios in the world, with investments in a plethora of major and rising companies. It has six actively managed ETFs and two indexed ETFs. Here are some of the best ARK Invest purchases of 2021. Article continues below advertisement. Investors...
STOCKS・10 DAYS AGO
kitco.com

The gold market needs to start attracting new investment demand now if it has a chance to get back to $2,000 - SocGen

Editor's Note: With so much market volatility, stay on top of daily news! Get caught up in minutes with our speedy summary of today's must-read news and expert opinions. Sign up here!. "We are still slightly supportive in the near term as we expect monetary and fiscal policy to remain...
MARKETS・11 DAYS AGO
MarketWatch

Gold suffers sharpest daily tumble in a month, settles below $1,800

Gold futures decline on Tuesday, with their sharpest daily fall in about a month, pulling prices back below the key $1,800 mark as the U.S. dollar strengthens and Treasury yields climb, weighing on appetite for precious metals.
MARKETS・12 DAYS AGO
kitco.com

On Friday, September 3, gold prices moved dramatically higher after the U.S. Labor Department released its jobs report for the month of August. Economists polled by Dow Jones and Bloomberg were anticipating that there would be an additional 700,000 to 750,000 new jobs added last month. However, the actual numbers came in far below the estimates, with the U.S. adding only 374,000 nonfarm payroll jobs in August.
ECONOMY・12 DAYS AGO
The Motley Fool

If you look at the top 10 stocks of the past decade, there are some well-known companies on that list. But even though it made the top-10 list (shares are up over 2,000% during the past 10 years) equipment rental company United Rentals (NYSE:URI) still isn't a household name. In this video from Motley Fool Live, recorded on Aug. 26, Fool contributor Jon Quast explains to fellow contributor Brian Feroldi all the reasons he added this long-term winner to his portfolio and why he thinks other investors should consider doing the same.
MARKETS・14 DAYS AGO
dailyhodl.com

If you want to hear an optimistic outlook for the stock market right now, don't ask investors. Investors' expectations that stock prices will rise over the next six months dropped 16.4 percentage points this week to 22.4%. That's the lowest level of bullish sentiment since the heart of the pandemic in July 2020 and far below the historical average low of 28%, according to the latest American Association of Individual Investors (AAII) sentiment survey.
STOCKS・2 DAYS AGO
The Motley Fool

Over the long run, dividend stocks have vastly outperformed their non-dividend peers. These ultra-high-yield dividend stocks offer the right blend of stability and growth to generate serious income for investors. Although there is no shortage of strategies that can prove profitable on Wall Street, buying dividend stocks is arguably the...
STOCKS・1 DAY AGO