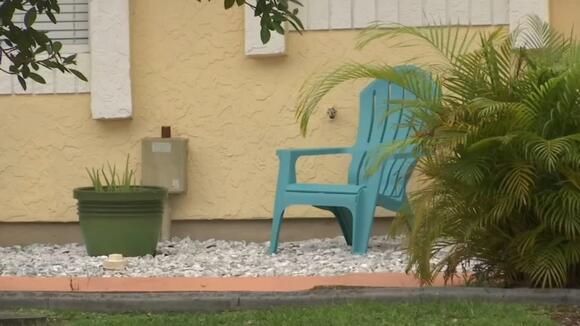 A 38-year-old man has been arrested after he allegedly lured a 15-year-old girl from Texas to Florida and held her against her will. With the young girl now safe, the suspect, Vincent Joseph Robusto, is facing charges, which include false imprisonment of a person against their will. When the teen left, her parents thought she was going to a church retreat. But after days of not hearing from her, the parents' concerns grew and they contacted police, according to an article by WINK-TV news. Their worst nightmare came to life when investigators tracked her phone to a vacation rental home in Florida. According to police, the 15-year-old had told her friends she was talking to an older man. "It's really scary, I'm glad that they were able to catch her or to find her right away," said nearby neighbor Jamie Mancham-Case. "But it's scary that someone coming from another state to just pick up a teenager and go to some random house." Robusto was arrested, charged and given a $325,000 bond.

ummmmm the parents didn't look into it? didn't ask where it was or talk to camp counselors?!! wtf

her friends should have told their parents, I miss the days you could spank your kids , every one drop the ball , but at 14 this girl is educated enough now.

Court records show a judge not only granted bond to the suspect, but lowered it. Now the police union's president says the judge has some explaining to do.
HOUSTON, TX・22 HOURS AGO
ABC13 Houston

Cindy Ybanez was identified as the passenger in a truck that was speeding before crashing into a vehicle and slamming into trees, police say.
HOUSTON, TX・9 HOURS AGO
ABC13 Houston

The family of 27-year-old Patrick Ivory has identified him as the man killed in the shooting. He would have turned 28 on Wednesday.
HOUSTON, TX・13 HOURS AGO
ABC13 Houston

Houston police said a man was found dead at the scene and a possible suspect has been detained.
HOUSTON, TX・8 HOURS AGO

Teen, believed to be as young as 16 years old, found shot to death in yard in Galena Park

When authorities arrived, they found several shell casings in the street and a teen boy lying in the front yard of a home, but he didn't live there.
GALENA PARK, TX・1 DAY AGO
ABC13 Houston

Man accused of shooting girlfriend is now charged with murder

Police said they found the 33-year-old woman shot to death with a gun right next to her.
HOUSTON, TX・1 DAY AGO
ABC13 Houston

Angelo Jordan is charged with aggravated assault in connection with the shooting of a man at a Fannin Street gas station earlier this week.
HOUSTON, TX・1 DAY AGO
ABC13 Houston

Records show the man accused of HPD officer William "Bill" Jeffrey's death is no stranger to police and has a history of arrests dating back to 2008.
HOUSTON, TX・1 DAY AGO

HARRIS COUNTY, Texas (KTRK) -- A 10-year-old boy is at home recovering after he was injured in a road rage shooting in north Harris County. Yael Chavez told ABC13 he was driving his little brother, Pedro Chavez, to get their haircut around 3:30 p.m. Sunday. He was on Pecan Landing Drive, near W Richey Rd., when Chavez said a driver in a white Jeep Patriot cut him off.
HARRIS COUNTY, TX・1 DAY AGO
ABC13 Houston

Couple robbed at gunpoint at their downtown Houston apartment

The couple said they had just parked and were walking toward the elevators when the armed robber approached them asking for their belongings.
HOUSTON, TX・1 DAY AGO
ABC13 Houston

A suspect also died, the Harris County sheriff said, during an operation involving a division that handles the "most dangerous criminals."
HARRIS COUNTY, TX・1 DAY AGO
ABC13 Houston

Houston police officers were rolling up to the club near the North Freeway to respond to a fight when shots rang out and chaos ensued.
HOUSTON, TX・2 DAYS AGO

The group of teens, between 13 and 18 years old, pushed their way into the victim's apartment near the Gulf Freeway, shooting a man and woman inside.
HOUSTON, TX・2 DAYS AGO
ABC13 Houston

Man dies in hospital after being shot while driving on Westpark Tollway, HPD says

HOUSTON, Texas (KTRK) -- A man is dead after he was shot while driving on the Westpark Tollway in southwest Houston, police said. Monday at 7:24 p.m., Houston police responded to reports of a person in a black car shooting at a grey car, which crashed into a ditch near the Fondren exit.
HOUSTON, TX・1 DAY AGO
ABC13 Houston

A Houston police sergeant was on Washington Avenue when a BMW pulled out in front of him. While the sergeant was able to avoid hitting the car, he ran into a motorcycle.
HOUSTON, TX・2 DAYS AGO
ABC13 Houston

In one of the incidents, a man was shot in the head after an argument between two other people ended with a stray bullet going into his car.
HOUSTON, TX・1 DAY AGO
ABC13 Houston

Victims shot each other in triple shooting on Houston's southside, HPD says

Thanks to the description of a silver Kia, police were able to link two shooting scenes on Houston's southside where three men were shot.
HOUSTON, TX・2 DAYS AGO
ABC13 Houston

The 48-year-old former officer worked for HPD for 18 years. He resigned back in January after he was publicly identified as being at the Capitol.
HOUSTON, TX・17 HOURS AGO
ABC13 Houston

In a tragic coincidence, the city of Houston's annual prayer breakfast went on a day after a longtime Houston Police Department member was killed.
HOUSTON, TX・18 HOURS AGO
ABC13 Houston

The driver ran a red light at Chimney Rock and Gasmer early Sunday morning, and the crash killed a passenger inside her car.
HOUSTON, TX・2 DAYS AGO