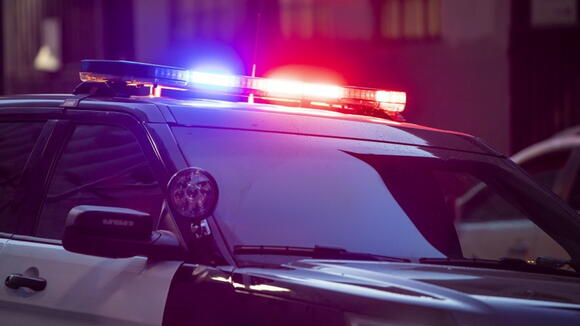 WILDWOOD, N.J. — A New Jersey woman is accused of stealing an oil tanker last weekend and eluding authorities for eight hours and 80 miles before authorities apprehended her at a Wawa.

According to the Wildwood Police Department, the truck was stolen around 12:30 p.m. EDT Saturday from Taylor Oil Co., a fuel supplier in Bellmawr, according to the Cherry Hill Courier-Post.

Over the next eight hours, Wescott led police in various jurisdictions on pursuits and was involved in several crashes, NJ.com reported.

A spokesperson for Taylor Oil Co. could not be reached for comment, the Courier-Post reported.

Police took Wescott into custody in the parking lot of a Wawa in Wildwood at about 8:30 p.m. EDT, NJ.com reported. Police forced their way into the cab over concerns that Wescott might flee into the town, which was congested with summer visitors, the website reported.

Wescott refused to cooperate with police at the Wawa, according to the Courier-Post. According to a statement from Wildwood police, Wescott initially pressed on the truck’s brake pedal and checked its mirrors “as if she was attempting to pull the vehicle out, but she was unable to get the tanker truck restarted.”

CONCORD, N.C. — A complaint has been made against the Concord Police Department related to an August traffic stop that was captured on cellphone video and posted online. Oakhurst Legal Group Attorney Darlene Harris released a statement Tuesday saying she is representing Davion Pringle, Imani Grier, and Malissa Baxter concerning a “violent act of police misconduct” from the Cabarrus County Sheriff Department and Concord Police Department on Aug. 27.
CONCORD, NC・13 HOURS AGO
WSOC Charlotte

MANCHESTER, N.H. — A New Hampshire father has been arrested after police said he put his infant daughter in a clothes dryer and turned it on. Police have charged Michael Higgins, 34, with reckless conduct, endangering the welfare of a child and criminal threatening, according to information Manchester Police shared on Facebook.
MANCHESTER, NH・18 HOURS AGO
WSOC Charlotte

FAYETTEVILLE, N.C. — A North Carolina man is accused of involuntary manslaughter after his 17-month-old son was found unresponsive in a vehicle outside his home, authorities said. Wayne Nesbitt Jr., 36, of Fayetteville, was arrested Tuesday in connection with the hot car death of his son, Oskar Grettir Nesbitt, according...
FAYETTEVILLE, NC・5 HOURS AGO

PITTSBURGH — The U.S. Customs and Border Protection recently confiscated 70 counterfeit COVID-19 vaccination cards. The fake cards were found in two shipments in Pittsburgh, WPXI reported. The first shipment of 20 cards was found on Aug. 24 after CBP officers noticed that they were low quality and were being...
15 HOURS AGO
WSOC Charlotte

SOUTH BEND, Ind. — An Indiana woman who was allegedly intoxicated and tested positive for COVID-19 is accused of biting a medic while being treated, authorities said. Elizabeth Wilson, 35, of South Bend, was charged with battery against a public safety official, according to St. Joseph County online booking records.
12 HOURS AGO
WSOC Charlotte

HAMPTON COUNTY, S.C. — South Carolina detectives have opened an investigation into the 2018 death of the Murdaugh family’s housekeeper, one day after revealing that patriarch Alex Murdaugh is accused of trying to orchestrate his own murder for millions in insurance money. The South Carolina Law Enforcement Division announced the...
HAMPTON COUNTY, SC・15 HOURS AGO
WSOC Charlotte

GASTON COUNTY, N.C. — A homicide investigation is underway in Gaston County after a man was found dead inside his home. Police responded just before 7 p.m. Tuesday to a report of a suspicious death at a home on Old Spencer Mountain Road near Dallas. [ ALSO READ: Suspect in...
GASTON COUNTY, NC・13 HOURS AGO

PHOENIX — An Arizona woman is accused of fatally sedating her two young daughters with over-the-counter and prescription drugs, authorities said. Retta Renee Cruse, 35, of Phoenix, was booked on two charges of first-degree murder on Tuesday, according to Maricopa County Sheriff’s Office online booking records. She is accused of the deaths of her children, Royal McIntyre, 4, and Aleyah McIntyre, 9, KNXV reported. The children were found unresponsive in a bed in a home last week, the television station reported.
ARIZONA STATE・10 HOURS AGO
WSOC Charlotte

CHARLOTTE — A serious wreck shut down Interstate 485 in both directions Wednesday afternoon at the Idlewild Road exit in southeast Charlotte, fire officials said. There was a report of an overturned vehicle at the location. Emergency crews from Mint Hill, Matthews and Charlotte were at the scene. Two people...
CHARLOTTE, NC・15 HOURS AGO
WSOC Charlotte

DENVER — (AP) — A civil rights investigation that was launched amid outrage over the death of Elijah McClain — a Black man put into a chokehold during an encounter with suburban Denver police two years ago — found a deeply engrained culture of racially biased policing within the department, Colorado's attorney general said Wednesday.
DENVER, NC・13 HOURS AGO
WSOC Charlotte

A member of the far-right Oath Keepers militia group that stormed the U.S. Capitol on Jan. 6 pleaded guilty Wednesday and will cooperate with investigators against his fellow extremists, marking another win for the Justice Department in its major conspiracy case stemming from the attack. Jason Dolan, 45, is the...
ADVOCACY・13 HOURS AGO

ST. LOUIS — (AP) — A Missouri inmate who admitted to a long-unsolved killing while serving time for robbery says he confessed to the crime because his conscience was nagging him. DeAngelo Thomas said he felt relief when he penned his admission to police from his prison cell in 2018.
SAINT LOUIS, MO・13 HOURS AGO
WSOC Charlotte

Schools warn of TikTok challenge that is leaving restrooms damaged, punishment that could result

Schools across the country are warning their students not to take part in a popular TikTok challenge that has left a trail of destruction behind or face the consequences. From Texas to Pennsylvania, Kansas and Georgia, school administrators are finding damage left over from “The Bathroom Challenge” or “The Devious Lick Challenge,” which has gained popularity on TikTok.
BEHIND VIRAL VIDEOS・15 HOURS AGO