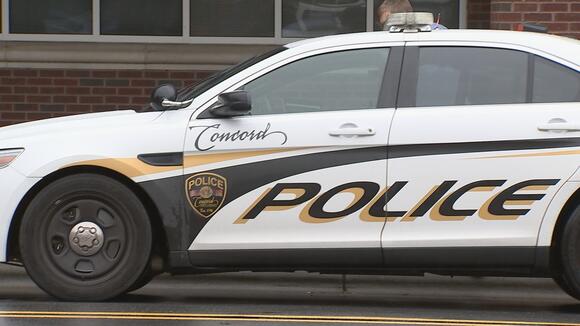 J’Kaiya McClendon, 18, drove the car off the road and flipped it onto its roof, landing in a creek near the roadway.

McClendon and the front seat passenger, Brianna Pfifer, 19, of Concord, died at the scene. Three other people in the vehicle were treated for minor injuries, officials said.

Concord police believe heavy rain from thunderstorms that day contributed to the crash.

No criminal charges are expected.

No further information has been released.

(WATCH BELOW: Concord Mills to require chaperones for kids under 18 on certain days)

CHARLOTTE, N.C. — A woman was shot by police after she tried to run over an officer with her vehicle in south Charlotte Thursday afternoon, according to Charlotte-Mecklenburg police. Authorities responded to the scene on Tyvola Road near South Boulevard. [ ALSO READ: 1 killed, 12 injured in shooting at...
CHARLOTTE, NC・1 HOUR AGO
WSOC Charlotte

MORGANTON, N.C. — A woman was arrested Wednesday for the murder of another woman in Burke County, authorities said. Deputies responded to a home on Gold Mine Road in Morganton at around 11 p.m. Friday. They found Cara Fantasia Lane, who lives at the home, fatally shot. [ ALSO READ:...
BURKE COUNTY, NC・7 HOURS AGO
WSOC Charlotte

FORT PIERCE, Fla. — A 10-year-old girl has died after being struck Thursday morning by a hit-and-run driver while she was trying to get to a school bus, Fort Pierce police said. Update 3:35 p.m. EDT Sept. 23: The girl, identified as Yaceny Berenice Rodriguez-Gonzalez, died after police found her...
FORT PIERCE, FL・9 HOURS AGO

A shooter attacked a grocery store in an upscale Tennessee suburb on Thursday afternoon, killing one person and wounding 12 others before the shooter was subsequently found dead of an apparent self-inflicted gunshot wound at the store, authorities said. Collierville Police Chief Dale Lane said the shooting broke out at...
COLLIERVILLE, TN・2 HOURS AGO
WSOC Charlotte

MINNEAPOLIS — (AP) — The manager of a suburban Minneapolis Michaels store called police on a teenager looking for a job simply because he is Black and officers then used unreasonable force against him because of his race, a state agency that investigates civil rights abuses said in findings released Thursday.
MINNESOTA STATE・1 HOUR AGO

OLD TOWN, Maine — A police officer in Maine got an unusual call Monday after a deer fell into a swimming pool in Old Town, according to police. Video posted on Facebook and shared by police showed the officer, identified as Catie Denning, pulling the deer to the edge of the pool before getting the flailing animal out of the water.
MAINE STATE・5 HOURS AGO
WSOC Charlotte

CHARLOTTE, N.C. — Charlotte Douglas workers that have gotten attacked on the job said it’s now happening more often. It has been such a big issue at Charlotte Douglas that one local worker testified in front of congress Thursday, pushing for more to be done to protect them. Channel 9′s...
CHARLOTTE, NC・1 HOUR AGO
WSOC Charlotte

FORT MEADE, Md. — (AP) — Media calls to Fort Meade on Thursday were mistaken for callers portraying members of the media during an exercise, setting off false reports of a mass shooting at the base in Maryland, according to a base official. The base was conducting an exercise on...
FORT MEADE, MD・3 HOURS AGO