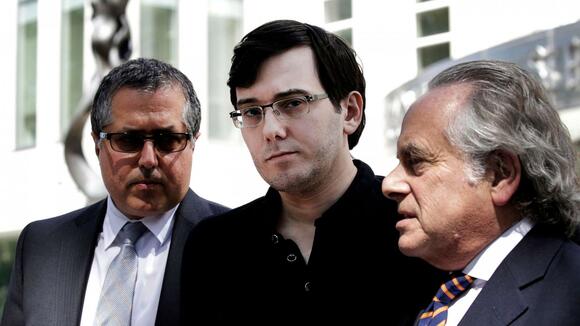 The sole copy of Wu-Tang Clan’s “Once Upon a Time in Shaolin,” owned by one-time hedge fund manager Martin Shkreli until he forfeited it following his securities fraud conviction, has been sold, federal prosecutors in Brooklyn, New York, said Tuesday.

The terms of the sale were confidential, as was the identity of the buyer, but the proceeds will be applied to the balance of the nearly $7.4 million Shkreli owes in forfeiture.

“Through the diligent and persistent efforts of this office and its law enforcement partners, Shkreli has been held accountable and paid the price for lying and stealing from investors to enrich himself. With today’s sale of this one-of-a-kind album, his payment of the forfeiture is now complete,” said Jacquelyn Kasulis, acting U.S. Attorney for the Eastern District of New York.

The anonymous buyer of the album is being represented in the deal by New York-based attorney Peter Scoolidge.

"This was the most interesting deal I have ever worked on," Scoolidge said.

Shkreli, best known for hiking the price of a life-saving drug when he was a pharmaceutical executive and for trolling critics on social media, was convicted of securities fraud in 2017 for orchestrating a series of schemes to cheat investors in two hedge funds he controlled as well as a biopharmaceutical company then known as Retrophin. He was sentenced to seven years in prison.

The millions the government is seeking in forfeiture “represents a conservative computation of the proceeds Shkreli personally obtained as a result of his three different securities fraud crimes of conviction,” prosecutors wrote at the time.

Shkreli was ordered to forfeit the one-of-a-kind Wu-Tang Clan album , which he purchased for $2 million at an auction in 2015. According to the U.S. Attorney's Office, it includes a hand-carved nickel-silver box as well as a leather-bound manuscript containing lyrics and a certificate of authenticity.

In September 2017, after he had been convicted but before the district court ordered the forfeiture of his assets, Shkreli attempted to sell the album through an online auction, prosecutors said.

VIDEO: Woman who left job, marriage for Martin Shkreli says she did it for love

The album, which has been considered one of the most valuable musical albums in the world, is subject to various restrictions, including those related to the duplication of its sound recordings.

JOPLIN, Mont. (AP) — Federal investigators are seeking the cause of an Amtrak train derailment near a switch on tracks in the middle of vast farmland in far northern Montana that killed three people and left seven hospitalized over the weekend. The westbound Empire Builder was traveling from Chicago to...
MONTANA STATE・7 HOURS AGO
NBC News

BERLIN — The center-left Social Democrats have won the biggest share of the vote in Germany’s national election, beating outgoing Chancellor Angela Merkel’s center-right Union bloc in a closely fought race. Election officials said early Monday that a count of all 299 constituencies showed the Social Democrats won 25.9% of...
ELECTIONS・19 HOURS AGO
The Hill

The House will vote Thursday on the Senate-passed bipartisan infrastructure bill, pushing back an originally planned vote for Monday that Democratic moderates had demanded as part of a deal with Speaker Nancy Pelosi (D-Calif.). Lawmakers will still debate the bill on the House floor on Monday, but the actual vote...
CONGRESS & COURTS・11 HOURS AGO

San Diego — San Diego police are investigating the deaths of a woman and her 2-year-old son Saturday after they fell from the third level of Petco Park, just as thousands of baseball fans were heading inside for a Padres game, the San Diego Union-Tribune reported. The woman, 40, and the boy were pronounced dead at 4:11 p.m., about 20 minutes after police were alerted to the incident, Lt. Andra Brown told the newspaper.
SAN DIEGO, CA・44 MINUTES AGO
CBS News

New York City schools have been temporarily blocked from enforcing a COVID-19 vaccine mandate for its teachers and other workers by a federal appeals judge just days before it was to take effect. The worker mandate for the the nation's largest school system was set to go into effect Monday....
NEW YORK CITY, NY・1 DAY AGO
The Associated Press

WASHINGTON (AP) — It’s a consequential week for President Joe Biden’s agenda, as Democratic leaders delicately trim back his $3.5 trillion “Build Back Better” package to win over remaining lawmakers and work to quickly pass legislation to avoid a federal shutdown. An expected Monday vote on a related $1 trillion...
CONGRESS & COURTS・8 HOURS AGO
edgemedianetwork.com

Ivanka Trump is at the center of a social media storm after tweeting a photo of herself holding a can of Goya beans and writing the company's slogan, "If It's Goya, it has to be good" in both English and Spanish. The picture, which was also shared on President Donald...
POTUS・2020-07-15

Workers whose jobs put them at high risk of exposure to COVID-19 are now eligible for COVID-19 booster shots, according to the latest guidance from the the Food and Drug Administration and the Centers for Disease Control and Prevention. A third dose of the Pfizer-BioNTech COVID-19 vaccine is also now...
PUBLIC HEALTH・1 HOUR AGO
NBC News

Four bodies were hung in the heart of the Afghan city of Herat in a grim sign that the Taliban are reinstating its hard-line rule even as they are trying to project a more moderate image. Mulwi Shir Ahmad Ammar, the city's deputy governor, said the four men had kidnapped...
WORLD・1 DAY AGO