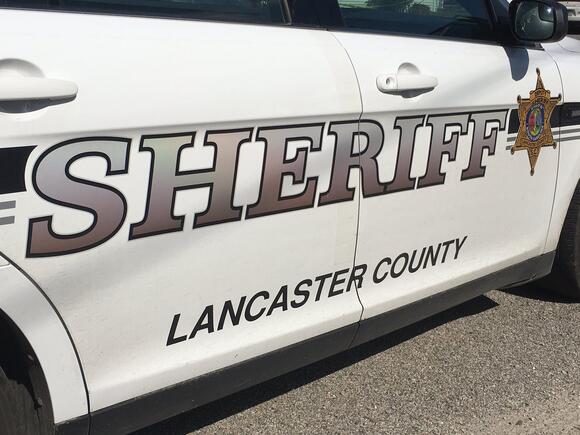 The teen was taken into custody Monday evening and brought to the Department of Juvenile Justice Detention Center in Columbia.

On Monday at about 6:40 p.m., Lancaster County dispatch got a call about shots fired at a home on Quiet Acres Road, which is north of the city of Lancaster. The first deputy on the scene found Veronica McIlwain on the floor. She had been shot.

Paramedics tended to McIlwain but she was pronounced dead at the scene.

The 14-year-old was not at the home when deputies first got there but arrived shortly after. He was detained at that time.

Later in the evening, a 9mm pistol believed to be the weapon used, was found in a trash can in the restroom of a convenience store in Lancaster, the sheriff’s office said.

The juvenile is “delinquent for committing the offenses of murder, possession of a firearm during the commission of a violent crime and possession of a pistol by a person under 18,” the sheriff’s office said in a release.

No other information about the boy will be released because of his age.

“This is an ongoing investigation, but we believe we have an accurate account of the events that occurred on Quiet Acres Road last night,” said Sheriff Barry Faile. “We do not believe anybody else was involved. This is a tragedy for the family and friends of Ms. McIlwain, and our thoughts and prayers are with them.”

The Lancaster County coroner was called to the scene and an autopsy will be scheduled.

Return to this story for updates.

ROWAN COUNTY, N.C. — A man arrested Wednesday after being hospitalized for a month. Jody Hall is accused of shooting and killing a woman Aug. 23 in Rowan County before turning the gun on himself. According to the Rowan County Sheriff’s Office, deputies responded around 6:30 p.m. to a 911...
ROWAN COUNTY, NC・16 HOURS AGO
WSOC Charlotte

WASHINGTON — A dispute between a 9-year-old boy and a 9-year-old girl led Tuesday to a shooting that left one of the children and an adult man injured in Washington, according to the Metropolitan Police Department. Officers responded to the 1500 block of Morris Road SE around 4:45 p.m. after...
WASHINGTON, DC・1 HOUR AGO
WSOC Charlotte

MORGANTON, N.C. — A woman was arrested Wednesday for the murder of another woman in Burke County, authorities said. Deputies responded to a home on Gold Mine Road in Morganton at around 11 p.m. Friday. They found Cara Fantasia Lane, who lives at the home, fatally shot. [ ALSO READ:...
BURKE COUNTY, NC・2 HOURS AGO
WSOC Charlotte

Police believe a toddler may have fatally shot himself after finding and accidentally firing a family member’s gun in a Texas apartment, authorities said. According to KCEN and KWKT, the incident occurred shortly after 6 p.m. Wednesday at a home in the University Club Apartments in Waco. Waco police arrived to find a 2-year-old boy who had been shot in the head and rushed him to a nearby hospital, where he was later pronounced dead, the news outlets reported.
TEXAS STATE・8 HOURS AGO

Girl trying to get to school bus injured in hit-and-run, police say

FORT PIERCE, Fla. — A girl was injured Thursday morning after being struck by a hit-and-run driver while trying to get to a school bus, according to multiple reports. Fort Pierce police said the incident happened around 6:10 a.m. near the intersection of Skylark Drive and Oleander Avenue. Police spokesperson...
FORT PIERCE, FL・4 HOURS AGO
WSOC Charlotte

WASHINGTON — A special officer with the Metropolitan Police Department in Washington, D.C., was on duty when she was shot and killed in an apartment complex earlier this week, authorities said. According to WJLA and WUSA, the incident occurred shortly after 8:30 p.m. Tuesday on 10th Place Southeast. Police arrived...
WASHINGTON, DC・6 HOURS AGO
WSOC Charlotte

LOUISVILLE, Ky. — One teen was killed and two others were injured Wednesday in a drive-by shooting at a bus stop in Louisville, authorities said. Tyree Smith, 16, was pronounced dead at an area hospital, the Courier-Journal reported. A 13-year-old boy was wounded and taken to an area hospital with non-life-threatening injuries, and a 14-year-old girl was grazed on the ankle and declined medical treatment, the newspaper reported.
LOUISVILLE, KY・12 HOURS AGO

RIDGE MANOR, Fla. — An act of kindness went awry for a Florida woman and her daughter on Tuesday. The women, who were helping two men who had crashed on an interstate highway, were instead carjacked and forced to drive the men more than 40 minutes south to Tampa, the Florida Highway Patrol said in a news release.
FLORIDA STATE・13 HOURS AGO
WSOC Charlotte

‘Give me my food’: Philadelphia woman pulls gun while in line at Chipotle

PHILADELPHIA — Authorities in Philadelphia are looking for a woman they said threatened employees with a gun at a Chipotle restaurant after an employee announced the business was closing early due to a staffing issue. The incident occurred Saturday at about 5 p.m. EDT when the store’s manager told an...
PHILADELPHIA, PA・15 HOURS AGO