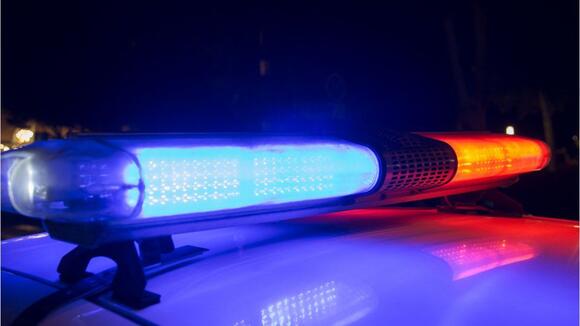 WATERLOO, Iowa — An Iowa man is facing gun charges after firing a shot during a Sunday night dispute with a neighbor.

Court records indicate that Tianzo Earl McNabb, 42, pulled out a pistol during the argument and pointed it at his Waterloo neighbor. When the neighbor said he thought that the weapon was a BB gun, McNabb allegedly fired a shot into the air before stepping back inside his home, The Waterloo-Cedar Falls Courier reported.

A brief standoff with police followed, resulting in McNabb’s arrest for felon in possession of a firearm, assault while displaying a weapon and reckless use of a firearm, the newspaper reported.

Officers also seized a 9 mm SCCY handgun from McNabb’s home and recovered a spent shell casing, according to court records cited by the Courier.

McNabb, who was convicted on drug charges in 2007 which prohibits him from possessing a firearm, is being held on $7,500 bond.

-- The Associated Press contributed to this report.

MINNEAPOLIS — (AP) — The manager of a suburban Minneapolis Michaels store called police on a teenager looking for a job simply because he is Black and officers then used unreasonable force against him because of his race, a state agency that investigates civil rights abuses said in findings released Thursday.
MINNESOTA STATE・2 HOURS AGO
WSOC Charlotte

A shooter attacked a grocery store in an upscale Tennessee suburb on Thursday afternoon, killing one person and wounding 12 others before the shooter was subsequently found dead of an apparent self-inflicted gunshot wound at the store, authorities said. Collierville Police Chief Dale Lane said the shooting broke out at...
COLLIERVILLE, TN・2 HOURS AGO
WSOC Charlotte

CHARLOTTE, N.C. — A woman was shot by police after she tried to run over an officer with her vehicle in south Charlotte Thursday afternoon, according to Charlotte-Mecklenburg police. Authorities responded to the scene on Tyvola Road near South Boulevard. [ ALSO READ: 1 killed, 12 injured in shooting at...
CHARLOTTE, NC・2 HOURS AGO

FORT MEADE, Md. — (AP) — Media calls to Fort Meade on Thursday were mistaken for callers portraying members of the media during an exercise, setting off false reports of a mass shooting at the base in Maryland, according to a base official. The base was conducting an exercise on...
FORT MEADE, MD・4 HOURS AGO
WSOC Charlotte

MORGANTON, N.C. — A woman was arrested Wednesday for the murder of another woman in Burke County, authorities said. Deputies responded to a home on Gold Mine Road in Morganton at around 11 p.m. Friday. They found Cara Fantasia Lane, who lives at the home, fatally shot. [ ALSO READ:...
BURKE COUNTY, NC・8 HOURS AGO

OLD TOWN, Maine — A police officer in Maine got an unusual call Monday after a deer fell into a swimming pool in Old Town, according to police. Video posted on Facebook and shared by police showed the officer, identified as Catie Denning, pulling the deer to the edge of the pool before getting the flailing animal out of the water.
MAINE STATE・6 HOURS AGO
WSOC Charlotte

FORT PIERCE, Fla. — A 10-year-old girl has died after being struck Thursday morning by a hit-and-run driver while she was trying to get to a school bus, Fort Pierce police said. Update 3:35 p.m. EDT Sept. 23: The girl, identified as Yaceny Berenice Rodriguez-Gonzalez, died after police found her...
FORT PIERCE, FL・9 HOURS AGO
WSOC Charlotte

Peru says body of Shining Path leader to be cremated

LIMA, Peru — (AP) — The Peruvian prosecutor’s office on Thursday ordered the cremation of the body of Abimael Guzmán, the leader of the brutal Shining Path insurgency who died Sept. 11 in a military jail. Authorities will collect Guzmán’s remains, which remain in a morgue in the port of...
AMERICAS・1 HOUR AGO

CHARLOTTE, N.C. — Charlotte Douglas workers that have gotten attacked on the job said it’s now happening more often. It has been such a big issue at Charlotte Douglas that one local worker testified in front of congress Thursday, pushing for more to be done to protect them. Channel 9′s...
CHARLOTTE, NC・2 HOURS AGO
WSOC Charlotte

THE HAGUE, Netherlands — (AP) — A 12-year-old boy has gone to court in the Netherlands to get permission to receive a COVID-19 vaccine so he can visit his grandmother who is battling lung cancer, according to a written court ruling published Thursday. The boy, whose identity was not released,...
PHARMACEUTICALS・10 HOURS AGO
WSOC Charlotte