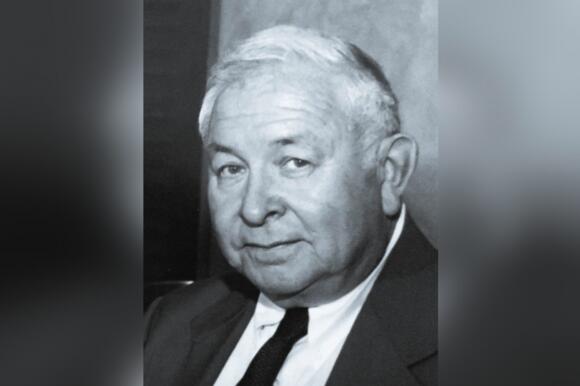 Joseph was born in Brooklyn, N.Y., in 1933, to Dora and Elias Blumen. Along with older brothers Louis and David, the family moved to Newport soon afterwards. Dora and Elias owned and operated the Municipal Market, a small neighborhood grocery store at the corner of Bowery and Spring Streets. One of Joe’s earliest memories was the way the store’s plate glass window flexed and bowed during the Hurricane of 1938.

Dr. Blumen was a graduate of Rogers High School, Brown University, and Tufts University School of Medicine. In 1965, he enlisted as a Captain in the U.S. Army Medical Corps, and served as Chief of General Surgery at the 67th Evac Hospital, Qui Nhon, Vietnam, and later on the surgical staff at the U.S. Military Academy at West Point, N.Y.

In 1967, Joseph returned to Newport to practice as a general surgeon and primary care physician and to raise a family with Dale, his beloved wife and partner of 58 years. As a physician, he cared for generations of Aquidneck Islanders, often making house calls. As part of his holistic approach to medicine, he believed laughter was essential for health and well-being.

Dr. Blumen was an active member of the community. He was a Master Mason and member of St. Paul’s Lodge No.14 for more than 50 years. Joseph was a long-serving member of the Planning Board for the City of Newport and a trustee of the Seamen’s Church Institute. He also established the Dora and Elias Blumen Collection for the Study of Holocaust Literature at Salve Regina University.

In lieu of flowers, donations in Joseph’s memory may be made to “The Blumen Fund” to support the Collection for the Study of Holocaust Literature at Salve Regina University. www.salve.edu.

The ‘Conjuring House’ in Harrisville, RI has hit the market for $1.2 million. 3 bed, 1.5 bath, 3,109 sq feet, 8.5 acre lot. Every so often an opportunity presents itself to possess an extraordinary piece of cultural history. The true story of ‘The Conjuring’ started in this very house, in...
REAL ESTATE・3 HOURS AGO
Newport Buzz

Newport Bridge to switch to electronic tolling only in October

The Rhode Island Turnpike and Bridge Authority announced Monday that the transition to all-electronic tolling is set to begin on October 27th at 11pm and will be completed by October 28th at 11pm. During the transition, which will happen first in the eastbound lanes (heading toward Newport) and then in the westbound lanes (heading toward Jamestown), motorists are advised to use extra caution when going through the toll booth area.
NEWPORT, RI・3 DAYS AGO
Newport Buzz

Anne S. Gadoury, age 89, of Newport, Rhode Island, passed away on September 13, 2021 at Newport Hospital. Anne was born at home in Newport as the 13th child of 15 to Henry and Catherine (O’Neil) Cox. A lifelong island resident, she was a proud Newporter and worked hard to care for her family.
NEWPORT, RI・8 DAYS AGO

Clean Ocean Access Brings Back Beach Cleanups throughout the Fall

Clean Ocean Access (COA) heads back to the beach for fall cleanups this weekend. Throughout Fall 2021, there are four opportunities to help COA keep our beaches and coastal communities litter free. Be a part of this effort starting this Saturday, September 18th on International Coastal Cleanup Day. International Coastal...
NEWPORT, RI・7 DAYS AGO
Newport Buzz

The 12 Metre North American Championship, scheduled for September 23-26, will close out Newport’s regatta season with a spectacle of sail next Sunday when a Memorial Race in honor of local sailing legend Harry Anderson is held. Hosted by the 12 Metre Yacht Club, Newport Station and organized by Ida Lewis Yacht Club, the event begins with racing for the North American Championship Trophy on the preceding Thursday through Saturday, providing a steppingstone for teams preparing for the next 12 Metre World Championship, which is scheduled to return to Newport in 2022. (The Worlds were last held here in 2019 when 22 boats from six countries competed and Ida Lewis Yacht Club won US Sailing’s prestigious St. Petersburg Trophy for its role in orchestrating the event.)
NEWPORT, RI・9 DAYS AGO
Newport Buzz

Mary A. (Moreau) Cardoza, age 75, of Portsmouth, Rhode Island, passed away on September 6, 2021 at Newport Hospital. A lifelong resident of Aquidneck Island, Mary was born in Newport to the late Henry Otto Moreau and Ada (Barton) Moreau. She grew up in Newport and enjoyed a fun and mischievous childhood. As she got older, she found her calling in Nursing and graduated second in her class in 1973 from the Newport Hospital School of Nursing. She was a dedicated nurse, working her entire life in both the hospital and nursing home settings. She also opened her own home health care agency providing private care services for local families. Mary was a patient and compassionate caregiver.
PORTSMOUTH, RI・13 DAYS AGO

Chief of Naval Research Rear Adm. Lorin Selby visited the Naval Undersea Warfare Center Division Newport to hear updates from scientists and engineers whose work ranges from digital transformation to transduction and sonar array efforts. The Sept. 2, 2021 visit was part of Selby’s tour of some of the Navy’s Northeast facilities and its partner facilities including Electric Boat, the University of Rhode Island, the Woods Hole Oceanographic Institution and the Undersea Warfighting Development Center in Groton, Connecticut.
NEWPORT, RI・9 DAYS AGO
Newport Buzz

Attorney General Peter F. Neronha announced that a Central Falls man was sentenced in Providence County Superior Court to serve 10 years at the Adult Correctional Institutions (ACI) for shooting and wounding a patron outside of a Providence nightclub in 2019. Hector Osorio (age 37) entered a plea of nolo...
PROVIDENCE, RI・9 DAYS AGO
Newport Buzz

The Department of Environmental Management today announced that the most recent round of testing by RIDOH State Health Laboratories has confirmed one new positive isolation (finding) of West Nile Virus (WNV) collected Aug. 30 from a trap in Johnston. DEM collected 82 pools (samples) of mosquitoes from 23 traps set statewide Aug. 26-30. Results are pending for mosquitoes trapped Aug. 31- Sept. 9. To date, the state has confirmed five positive WNV findings, but no mosquito samples have tested positive for Eastern Equine Encephalitis (EEE).
JOHNSTON, RI・12 DAYS AGO
Newport Buzz

Anna Mae James, 87, of Newport, RI, passed away peacefully on Saturday, September 4, 2021. Born in Newport, she was the daughter of the late Edward C. and Annie Mae (DeShields) James. She is survived by her brothers, Ralph James and his wife Lois of Middletown and Stanley James of...
NEWPORT, RI・12 DAYS AGO
Newport Buzz

The incredible story of Todd Beamer’s call to 911 and the heroism on Flight 93. Todd Morgan Beamer, 32, was aboard United Airlines Flight 93 when it was hijacked and crashed as part of the September 11 attacks in 2001. Beamer was one of the passengers who attempted to regain control of the aircraft from the hijackers. During the struggle, the Boeing 757 lost control and crashed into a field in Stonycreek Township near Shanksville, Pennsylvania, killing everyone on board, but saving the hijackers’ intended target and additional victims.
PUBLIC SAFETY・12 DAYS AGO
Newport Buzz

Kendall Cooper Casting is now accepting submissions for extras to work on the upcoming feature-length motion picture project “Hocus Pocus 2”. Filming will be in Providence, RI and surrounding areas October through December 2021. Production is seeking people local to the Providence, RI area to play various extra roles in the film; children and adults of ALL ethnicities, ages, genders, and sizes are encouraged to apply. Specifically seeking people with dance experience, men with shoulder length hair or longer, and young adults ages 18-22 years old.
PROVIDENCE, RI・14 DAYS AGO
Newport Buzz

Olympian Elizabeth Beisel to swim to Block Island to raise funds for Cancer Research this Thursday!

Olympian Elizabeth Beisel will swim a 20km route from Pt. Judith to Block Island in her home state of Rhode Island to raise funds for cancer research and clinical trials through Swim Across America. The swim will take place on Thursday, September 9th and if completed, she will be the first woman to do so.
CANCER・16 DAYS AGO
Newport Buzz

The Rhode Island Department of Environmental Management (DEM) and the Rhode Island Department of Health (RIDOH) are announcing that a North Providence couple was exposed to rabies by feeding a raccoon that later was tested and found to be carrying the rabies virus. DEM reminds the public that feeding wild animals is illegal and can often lead to unintended problems including the possible transmission of diseases. DEM urges Rhode Islanders never to intentionally feed wildlife.
NORTH PROVIDENCE, RI・16 DAYS AGO