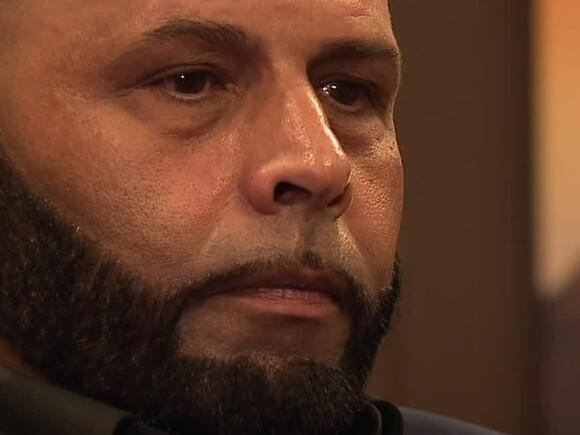 Arbitrators have awarded about $10 million to a Detroit-area man who spent more than 16 years in prison before two murder convictions were overturned.

Mubarez Ahmed insisted he was wrongly convicted of a 2001 double homicide in Detroit. In 2018, the Wayne County prosecutor's office acknowledged that the convictions were fueled by false testimony and other problems.

"The money, sure it’s going to help me go on, but it doesn’t bring back my dead mother, my dead son, my dead brother and I only got to spend seven months with my dad when I came home and he passed away," Ahmed said. "The 18 years I lost out of my daughter’s life. I’d trade the money just to come back and have my family there.”

Ahmed was released from prison in 2018 and subsequently sued Detroit police, saying his rights were violated. Ahmed's convictions were investigated by private eye Scott Lewis and the Innocence Clinic at the University of Michigan law school.

"There are a lot more cases out there and more coming.”

“In the early 2000s, the federal government took over the police department under consent judgment because of misconduct in the Homicide department. There are a lot more cases out there and more coming,” said Ahmed's attorney Wolf Mueller said.

Mueller said it's also not just a Detroit problem. According to the National Registry of Exonerations, those wrongfully convicted in the U.S. have lost nearly 25,000 years. Just today, the Michigan attorney general announced millions more being set aside by the state to pay for these cases after money ran dry.

“We allocate money to risk management to cover various lawsuits and settlements,” said Detroit City Council President Pro Tempore Mary Sheffield. “Anytime you’re talking about huge million-dollar settlements, of course, it will have an impact on our budget.”

On the city council, Sheffield is among those paying close watch to this disturbing trend, and acknowledging the impact on taxpayers footing the bill.

“The more they wait, they risk a big jury verdict of $100 million, and more taxpayers are on the hook,” Mueller added.

The City of Detroit declined to comment on Ahmed's case, one resolved without any celebrations.

“It’s a hollow victory," Mueller said. "Thy only way our system allows us to compensate someone is with money. But, you can’t get back the harm done. The fact the family of the victim doesn’t have closure.”

More conviction integrity units are being started throughout Michigan, including one in Oakland County.

Conviction erased in fire that killed 5 kids in Michigan

A judge on Tuesday erased the murder conviction of a man who was blamed for a fire that killed five children in 2000 after a new prosecutor said the investigation and trial were marred by misconduct years ago in suburban Detroit.
MICHIGAN STATE・11 HOURS AGO
WXYZ Detroit - 7 Action News

Clients who are divorcing their husbands or wives are finding themselves unable to sell homes or watching refinancing deals sail away because of a backlog of cases at the Wayne County Clerk's office where they're struggling with a shortage of workers.
WAYNE COUNTY, MI・3 HOURS AGO
WXYZ Detroit - 7 Action News

The public health officer in the Grand Rapids area said he's a victim of “brute mob hatred” after ordering masks in schools in Kent County to prevent the spread of COVID-19.
MICHIGAN STATE・16 HOURS AGO
WXYZ Detroit - 7 Action News

Detroit police on scene of barricaded gunman on city's east side

Officers from Detroit's 7th Precinct are on the scene of a barricaded gunman at the Parkview Towers and Square on Robert Bradby, east of Chene on the city's east side.
DETROIT, MI・9 MINUTES AGO

Student with gun taken into custody at Taylor high school

For the first time, families of murder victims in Highland Park are uniting in a call to get their loved ones' killers off the street.
HIGHLAND PARK, MI・8 HOURS AGO
WXYZ Detroit - 7 Action News

Jonathan Tukel, who was a federal prosecutor before becoming a judge on the Michigan Court of Appeals, has died at age 60. It’s the second death of an appeals court judge in recent weeks. Karen Fort Hood died on Aug. 15.
DETROIT, MI・3 DAYS AGO

We need each other, that’s the message behind Life Remodeled's Lean on We billboard campaign, which highlights some of Detroit’s unsung heroes.
DETROIT, MI・13 HOURS AGO
WXYZ Detroit - 7 Action News

Prosecutors call it a case of police misconduct and assault and battery, involving a former Detroit police officer. The violent encounter is now also at the center of a legal battle against the city.
DETROIT, MI・2 DAYS AGO

(WXYZ) — Detroit firefighters were at the scene of an apartment building fire at the west tower of Lafayette Towers in Detroit around 7:45 a.m. this morning. A fire reportedly started on the ninth floor of the building, which is located at 1301 Orleans. Residents were evacuated from the building....
DETROIT, MI・13 HOURS AGO
WXYZ Detroit - 7 Action News

Attorney General in Novi for 'Listening Tour' on power outages

In response to a summer filled with power outages, Attorney General Dana Nessel was in Novi Monday for stop one of a “listening tour” about the issue.
NOVI, MI・1 DAY AGO
WXYZ Detroit - 7 Action News

Digging for answers in Southwest Detroit

This week, people who live and work in a southwest Detroit neighborhood are hoping to get some answers into that underground mystery. It caused a road to buckle on Dearborn street near Fort. A marijuana dispensary was also severely damaged and torn down days later because of it.
DETROIT, MI・2 DAYS AGO
WXYZ Detroit - 7 Action News

City of Detroit elevated to "High" community transmission of COVID-19

The City of Detroit has now been elevated from "substantial" to a "high" transmission rate of COVID-19.
DETROIT, MI・2 DAYS AGO
WXYZ Detroit - 7 Action News

After the 7 Investigators exposed a controversial waiver that Wayne County was forcing residents to sign in order to receive flood damage assistance, the county is now reversing course.
WAYNE COUNTY, MI・1 DAY AGO