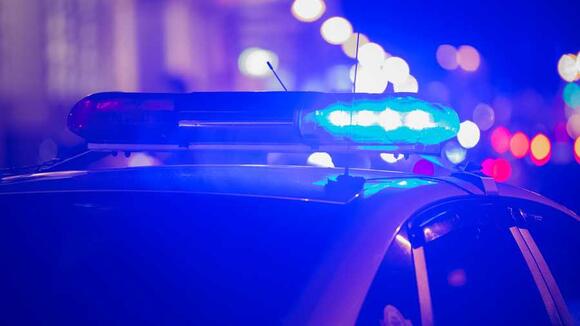 Police say a Nebraska native was taken into custody after stealing a boat that was moored on cowing Street, leading police to the canal locks where he became trapped.

Eric Warbelton, 35, is accused of traveling west on the canal in the stolen boat with police tracking it.

He was eventually taken into custody when the boat traveled into the locks int he village of Waterloo and became trapped there.

Warbelton was charged with felony grand larceny and transported to the Seneca County Correctional Facility.

The charge will be answered at a later date.

No serious injuries were reported after the crash at Vonnie’s Boathouse in the town of Geneva Tuesday. It happened just before 11 a.m., according to deputies with the Ontario County Sheriff’s Office who say an SUV operated by 60-year-old Brenda Jansen, of Geneva, was traveling south on Route 14 when she slowed down.
GENEVA, NY・10 HOURS AGO
FingerLakes1.com

New information on the pursuit and crash that shut down a busy intersection in the city of Canandaigua. The Ontario County Sheriff’s Office says they received notification that a 2020 Dodge Ram pickup truck with a cattle trailer attached was stolen from a farm in Livingston County during the early-afternoon hours.
CANANDAIGUA, NY・1 DAY AGO
FingerLakes1.com

A drunk driver was taken into custody in Yates County after attempting to evade police. Police arrested Daniel Matthews Jr., 36, of Dresden for DWI, driving with a BAC over 0.08%, reckless driving, speeding, moving from lane unsafely, and refusing to submit to a roadside breath test. According to a...
YATES COUNTY, NY・1 DAY AGO
FingerLakes1.com

Following the discovery of a child wandering alone of East Elm Street in Penn Yan on Monday night, a woman has been charged with endangering the welfare of a child. The child is under two years old and left the home without the mother’s knowledge around 7 p.m. Alexandria Radka,...
PENN YAN, NY・1 DAY AGO

A Geneva man has been arrested for attempted burglary after a lengthy investigation into suspicious behavior. In recent weeks, Fernando Cruz, 31, has been approaching homes where female Hobart and William Smith students in the area of Hamilton, Pulteney, Argyle, and Madison Streets reside. After several reports of his suspicious...
GENEVA, NY・4 HOURS AGO
FingerLakes1.com

Woman who drove the wrong way, drunk, on the thruway is sentenced to prison for killing two people

The woman who drove drunk the wrong way on the Thruway last year is headed to prison for killing two people during the incident. Heather Seller, 44, of Lyons Falls, was sentenced to 6-18 years in state prison on Wednesday for vehicular homicide and DWI. The accident happened in October...
LYONS FALLS, NY・1 HOUR AGO
FingerLakes1.com

Following the false report of a burglary and home invasion, a West Carthage teen has been arrested. Maria R. Barnes, 19, of West Carthage, reported to police that on Sept. 2 a home invasion took place at her residence in Champion Apartments. She said three known individuals forced their way...
CARTHAGE, NY・1 DAY AGO
FingerLakes1.com

The Ontario County Sheriff’s Office reports the arrest of a 32-year-old Penfield man following a disabled vehicle incident in Bloomfield. According to deputies, Emmanuel Wilson, 32, of Penfield was charged with criminal possession of a controlled substance. Investigation found that Wilson was in possession of cocaine when police arrived on...
BLOOMFIELD, NY・1 DAY AGO

A pursuit that began in Livingston County reportedly concluded in the city of Canandaigua with a three car crash. Firefighters say they were called to a three vehicle crash near the intersection of North Pearl and West Gibson streets. Wires were down and power out as first responders worked the...
CANANDAIGUA, NY・1 DAY AGO
FingerLakes1.com

During the second day of jury selection, a man accused of murdering a 36-year-old man in Auburn has pleaded guilty. This comes days after his co-defendant also took a plea deal. Gage Ashley, 24, pleaded guilty to first and second degree murder, attempted robbery, conspiracy, criminal possession of a weapon,...
AUBURN, NY・1 DAY AGO
FingerLakes1.com

In 2018 a Penn Yan woman was arrested for practicing as a midwife for years but did not possess the qualifications necessary, and she has plead guilty to one of over 90 charges. Elizabeth Catlin, 55, was arrested twice in a matter of months for impersonating a midwife. The majority...
PENN YAN, NY・1 DAY AGO
FingerLakes1.com

Gananda mom who got into physical altercation with bus monitor gets attorney: Bus monitor accused of screaming at child

Cayuga County has most COVID hospitalizations since February 1

Deputies: One hospitalized after two car crash at busy intersection on Rt. 332

On Tuesday around 2 p.m. deputies responded to a two car crash at the intersection of State Route 332 and Airport Road. When deputies arrived they found a pickup truck on its side, as well as a sedan facing northbound traffic in the southbound lanes. Deputies identified the driver of...
CANANDAIGUA, NY・1 DAY AGO
FingerLakes1.com

VIPER initiative that worked to get guns of the street wraps up; did it work?

The 60 days spent trying to curb gun violence in the City of Rochester has ended, but did it work?. James P. Kennedy, the U.S. Attorney for the Western District of New York, has talked about how well the initiative worked in Buffalo but has not said anything about the Rochester area.
ROCHESTER, NY・1 DAY AGO