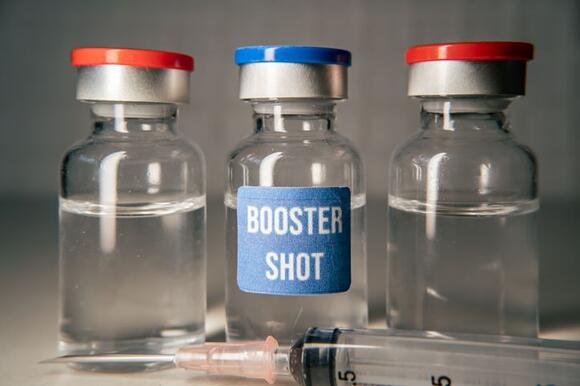 OAKLAND, Calif. — California on Monday became the first state to announce that it will require that all state and health care workers get vaccinated for COVID-19 or submit to weekly or bi-weekly testing, as officials grapple with a rising number of cases nationwide.

The new rule will go into effect next month and apply to the state’s at least 238,000 government employees and at least 2 million health care workers across both the public and private sectors, The Associated Press reported.

“If they’re not vaccinated and cannot verify that they’ve been vaccinated, we are requiring that they get tested,” Gov. Gavin Newsom said Monday at a news conference announcing the decision. “California’s committing to vaccinating, verification… or testing on a weekly basis. … In healthcare settings, they’re committing to not only verification of vaccines, but also testing, and that testing cadence will increase to twice a week in high-risk, highly vulnerable settings.”

The announcement comes as officials across the U.S. consider measures aimed at encouraging skeptical Americans to get vaccinated against COVID-19. On Monday, New York City Mayor Bill de Blasio announced that city employees will be required to be vaccinated or submit to weekly COVID-19 testing beginning in September.

As of Sunday, the latest date for which data was available, about 62% of California’s population, or 21 million people, have been fully vaccinated, according to state officials. Authorities said an additional 3.1 million people have gotten at least one dose of the available COVID-19 vaccines.

Nationwide, 69% of all adults have received at least one vaccine dose as of Sunday, according to data from the Centers for Disease Control and Prevention. About 50% of the total U.S. population has been fully vaccinated.

“Too many people have chosen to live with this virus,” Newsom said Monday, pointing to the rising number of cases which health officials have pinned on unvaccinated Americans and the prevalence of the highly transmissible delta variant. “That choice has led to an increase in case rates, growing concern around increase in death rates, and self-evidently around hospitalization rates. Not just in the state of California ... but across of the rest of the nation.”

More than 3.8 million cases of COVID-19 have been reported across California, resulting in more than 63,800 deaths, according to the California Department of Public Health.

The United States leads the world with the most coronavirus cases and the highest death toll. Since the start of the pandemic, officials have confirmed more than 34.4 million infections and reported more than 611,000 deaths nationwide, according to numbers compiled by Johns Hopkins University.

More than 194.5 million COVID-19 cases have been reported worldwide, resulting in 4.1 million deaths, according to Johns Hopkins.

As Idaho hospitals deal with having so many coronavirus patients that they now have the option of rationing health care, the newest member of the state's largest public health board, a doctor who has called COVID-19 vaccines "fake" and "needle rape," is settling in. Ryan Cole, a pathologist in Boise,...
IDAHO STATE・4 DAYS AGO
WIVB

ALBANY, N.Y. (WIVB) – Republicans in the New York State Senate are warning that vaccine requirements for health care workers could drive many of them to quit, rather than get the shot. By September 27th, with limited exceptions, all staff at New York State’s hospitals and nursing homes will have had to receive at least their first COVID-19 vaccine dose. That deadline is October 7th for other health care workers.
PUBLIC HEALTH・7 DAYS AGO
Chalkbeat

After just one week of school, New York City will make a significant change to its COVID quarantine and testing policies in attempts to keep more students learning in classrooms and align more closely to federal guidance. Unvaccinated students who are masked and follow the social distancing guidelines of three...
NEW YORK CITY, NY・1 DAY AGO
EatThis

Virus Expert Warns These 17 States Will Have Next Surge

Hospitals are being pushed to the brink with COVID patients. "We are no longer bending. We are breaking. Many people never wanted to believe that could happen, but if you're someone trying to seek care, even for something other than COVID in many of these locations, the challenges are immense," said Dr. Michael Osterholm, Director of the Center for Infectious Disease Research and Policy at the University of Minnesota, on his podcast. "I just have to keep remembering day after day after day, that all of these numbers"—the COVID cases, hospitalizations and deaths—"are people's moms and dads, their grandpas and grandmas, their brothers and sisters. These are real people in your lives. There are people you care about, they're people you love." Read on to see which states Osterholm says will likely see a "major trending upwards in number of cases"—and to ensure your health and the health of others, don't miss these Sure Signs You've Already Had COVID.
HEALTH SERVICES・13 DAYS AGO

Eleven governors have signed bills restricting COVID-19 vaccine mandates in their states, according to an Aug. 20 report from the National Academy for State Health Policy. Arizona: On April 19, Republican Gov. Doug Ducey issued an order prohibiting the state from requiring people to prove their COVID-19 vaccination status to enter a business, building or area or to receive a public service. However, healthcare institutions can request COVID-19 vaccination status documentation of patients, residents, employees or visitors.
PUBLIC HEALTH・28 DAYS AGO
WCPO 9 Cincinnati

CINCINNATI — Ohio Gov. Mike DeWine took President Joe Biden to task Tuesday over his vaccine mandate. DeWine said the mandate drags the public focus away from science and into politics. It is a problem one Cincinnati doctor tackled with a head-turning policy of her own. "I believe in this...
CINCINNATI, OH・5 DAYS AGO
Best Life

99 Percent of COVID Cases in the U.S. Have This in Common, CDC Says

The COVID-19 pandemic has brought more change to our daily lives than any other event in living memory. But strangely, the very virus that's responsible for all that change has also evolved significantly since its earliest days as well. As each new strain of the novel coronavirus has brought new challenges, they've also raised new concerns about tackling the next phase of the virus's spread. And now, according to data from the Centers for Disease Control and Prevention (CDC), the one common trait among 99 percent of all new COVID-19 cases across the U.S. is that they were caused by the Delta variant.
NEW YORK CITY, NY・1 DAY AGO
Best Life

More than a year and half into the COVID pandemic, health experts and officials continue to urge that the best way to end surges of new cases is by getting more people vaccinated, especially as highly transmissible variants, like Delta, continue to spread. In the U.S., President Joe Biden recently announced a new plan that includes vaccination requirements for many workers, including healthcare and federal employees. But that's just one way the U.S. government is taking measures to get people vaccinated; the latest move comes from the Department of Homeland Security (DHS).
IMMIGRATION・6 DAYS AGO

Nearly half for other reasons? How misleading are Covid hospitalization numbers?

New research gives a shocking answer to a question people have been asking for well over a year: what does the statistics “Covid-19 hospitalization” even mean?. As I wrote about hospitalizations nearly a year ago in our “Fog of Covid-19 Data” series,. In regular conversation, a hospitalized COVID-19 patient would...
PUBLIC HEALTH・1 DAY AGO
Business Insider

The story of Dr Ryan Cole shows how the state's public health apparatus was reshaped by COVID skeptics as the virus swept through Idaho.
IDAHO STATE・6 DAYS AGO
WMTW

AUGUSTA, Maine — The Maine Department of Labor said it was notified Friday by the federal government that the Biden administration’s vaccine and testing requirement will apply to public-sector workers, including teachers. Last week, President Joe Biden announced that employers with 100 or more workers will need to ensure employees...
MAINE STATE・4 DAYS AGO
TMJ4 News

Gov. Tony Evers is ordering all executive branch employees to submit to weekly COVID-19 tests if they haven't submitted their vaccination status or aren't fully vaccinated.
MADISON, WI・6 DAYS AGO

If a teacher or health care worker decides not to get the vaccine, they have to be tested for COVID every week
ILLINOIS STATE・23 HOURS AGO
WNDU

SOUTH BEND, Ind. (WNDU) - New employees who join the St. Joseph County Department of Health will now be required to get the COVID-19 vaccine. Health officials discussed this at a meeting Wednesday night. The department already requires a long list of immunizations and will now add the vaccine to...
SOUTH BEND, IN・5 DAYS AGO
Newsweek

The new variant's additional mutations could give it an advantage in transmission, replication and immune suppression.
KENTUCKY STATE・1 HOUR AGO
Business Insider

While medical and religious exemptions are available, getting regular COVID-19 tests to prove negativity won't be an option, NBC Washington reported.
HEALTH・12 DAYS AGO

The number of U.S. hospitals requiring COVID-19 vaccination for employees continues to grow through individual organization and state mandates. President Joe Biden unveiled new vaccine mandates Sept. 9 as part of his administration's strategy to combat the pandemic, and organizations that have held off on said they anticipate implementing requirements to comply.
PUBLIC HEALTH・7 DAYS AGO
Business Insider

The Minneapolis Convention Center will be the first location to test the rollout of the mandate.
MINNEAPOLIS, MN・12 DAYS AGO
WWLP 22News

BOSTON (AP) — The Massachusetts Public Health Council on Wednesday approved a plan to require coronavirus vaccination for all employees at rest homes, assisted living residences, and hospice programs, along with workers who provide in-home direct care services. The council unanimously approved the plan at a public meeting, with members...
BOSTON, MA・12 DAYS AGO