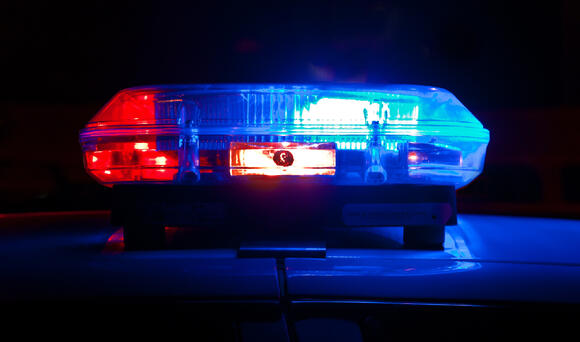 (DETROIT) On Friday evening in Detroit, a man was shot by Detroit police officers who were working undercover on a drag racing detail, The Detroit News reports.

According to a police report, officers assigned to the Violent Crime Reduction Initiative were working the area of E. Seven Mile Road near Gruebner Avenue in an unmarked vehicle at around 11:45 p.m. when another vehicle nearly struck them.

After following the vehicle, the male driver stopped his vehicle near a residence on Rowe Street and exited the vehicle with a gun.

The undercover officers identified themselves and ordered the man to put down the gun when the man fired a shot. The officers then returned fire.

No officers were injured in the shooting.

The man was taken to a local hospital and later discharged and transported to the Detroit Detention Center for processing.

As is the protocol for officer-involved shootings, the officers involved in the shooting have been placed on administrative leave. The Michigan State Police will lead the investigation alongside the Homicide and the Professional Standards Bureau.

Sept 20 (Reuters) - Pfizer Inc (PFE.N) and BioNTech SE said on Monday their COVID-19 vaccine induced a robust immune response in 5 to 11 year olds, and they plan to ask for authorization to use the vaccine in children in that age range in the United States, Europe and elsewhere as soon as possible.
PUBLIC HEALTH・1 HOUR AGO
The Associated Press

WASHINGTON (AP) — Democrats can’t use their $3.5 trillion package bolstering social and climate programs for their plan to give millions of immigrants a chance to become citizens, the Senate’s parliamentarian said, a crushing blow to what was the party’s clearest pathway in years to attaining that long-sought goal. The...
CONGRESS & COURTS・7 HOURS AGO
The Associated Press

MOOSE, Wyo. (AP) — Authorities said a body discovered in northern Wyoming was believed to be that of a 22-year-old woman who disappeared while on a cross-country trek with a boyfriend now the subject of an intense search in a Florida nature preserve. The FBI said the body of Gabrielle...
MOOSE, WY・2 HOURS AGO
The Associated Press

MOSCOW (AP) — A gunman opened fire in a university in the Russian city of Perm on Monday morning, leaving eight people dead and others wounded, according to Russia’s Investigative Committee. The gunman has been detained, the Interior Ministry said. The Perm State University press service said the perpetrator used...
WORLD・3 HOURS AGO

Three homes have been damaged after a military training aircraft crashed in Lake Worth, Texas, according to the Fort Worth Fire Department. The Navy T-45C Goshawk jet trainer aircraft crashed in the backyard of one of the homes, and the debris damaged the nearby structures, Lake Worth Fire Chief Ryan Arthur told reporters at a press conference Sunday afternoon.
TEXAS STATE・12 HOURS AGO
ABC News

France's Macron to talk to Biden amid crisis over submarines

It's their first contact since the crisis over a submarine deal with Australia.
POLITICS・17 HOURS AGO
Reuters

LA PALMA, Spain, Sept 20 (Reuters) - The Canary Islands' first volcanic eruption in 50 years has forced the evacuation of about 5,000 people, including about 500 tourists, officials said on Monday, adding they were hopeful they would not need to evacuate more people. The volcano erupted on Sunday, shooting...
WORLD・2 HOURS AGO
The Associated Press

US launches mass expulsion of Haitian migrants from Texas

DEL RIO, Texas (AP) — The U.S. is flying Haitians camped in a Texas border town back to their homeland and blocking others from crossing the border from Mexico in a massive show of force that signals the beginning of what could be one of America’s swiftest, large-scale expulsions of migrants or refugees in decades.
TEXAS STATE・2 HOURS AGO

(CNN) — Human remains discovered in Teton County, Wyoming, on Sunday are "consistent with the description of" missing 22-year-old Gabby Petito, FBI officials said in a news conference. "Full forensic identification has not been completed to confirm 100% that we found Gabby, but her family has been notified of this...
WYOMING STATE・1 DAY AGO
NBC News

"The Crown," "Ted Lasso" and "The Queen's Gambit" nabbed top honors Sunday at the 73rd Emmy Awards, capping off a ceremony that largely shied away from political speeches and failed to recognize a single performer of color in the 12 major acting categories. The big winner of the night was...
CELEBRITIES・6 HOURS AGO