AllPacers is a FanNation channel dedicated to covering the Indiana Pacers 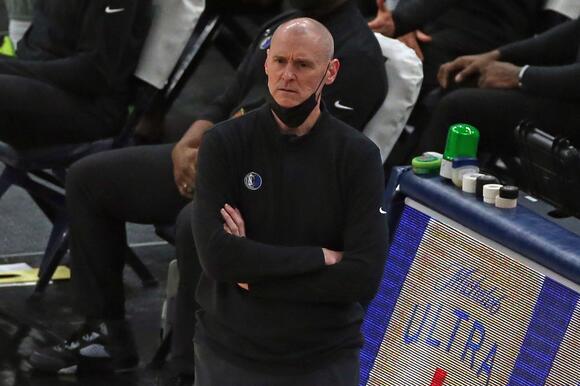 The Indiana Pacers will hold their eighth workout for NBA Draft prospects on Monday, and on Sunday the team shared the list of players who will be there.

The full list of players who will be in Indiana working out for the team on Monday can be seen in a Tweet that is embedded below from the Pacers.

More on the workout can be read here.

Many people believe that Vince Carter, Michael Jordan and Dominique Wilkins are probably three of the best dunkers to ever step foot in the NBA. However, one name that does not get brought up enough is Gerald Green. Green played 12 seasons in the NBA with the Boston Celtics, Miami...
NBA・14 DAYS AGO
AllPacers

Enes Kanter of the Boston Celtics, and Myles Turner of the Indiana Pacers got the same ranking in NBA 2k22. NBA 2k22 is the most popular basketball video game of the last decade, and has many fans. While at the end of the day it's just a video game, taking...
NBA・10 DAYS AGO
AllPacers

The Golden State Warriors appear to be busy looking for players who they could add to their roster heading into the 2021-22 NBA season. After making the NBA Finals five seasons in a row, and winning three NBA titles in that span, they have missed the NBA Playoffs the last two seasons.
NBA・6 DAYS AGO
AllPacers

On Thursday, Evan Massey of NBA Analysis Network reported that the Indiana Pacers have considered bringing back Lance Stephenson. The Tweet from Massey can be seen in a post that is embedded below. Massey notes that the "first step to adding a new player" is applying for the NBA's Disabled...
NBA・10 DAYS AGO

Chris Duarte was drafted by the Indiana Pacers with the 13th overall selection in the 2021 NBA Draft. He was drafted out of the University of Oregon. Duarte is 24 years old, and played two seasons for the Ducks. This will be his debut in NBA 2k22, and the Pacers...
NBA・9 DAYS AGO
AllPacers

Malcolm Brogdon sent out a Tweet on Tuesday wishing his teammate well after surgery. Edmond Sumner of the Indiana Pacers was announced as having a torn left Achilles. On Tuesday, Sumner had surgery, and Brogdon quote Tweeted Sumner's Tweet about the surgery. The Tweet from Sumner and the response from...
NBA・10 DAYS AGO
Yardbarker

NBA: 33 Days Away From LaMelo Ball And The Hornets? Here's What The Indiana Pacers Tweeted On Friday

In the caption the Pacers wrote, "33 days away," and shared a short video clip of Myles Turner highlights. The team was referencing that they were 33 days away (as of Friday) from their first game of the NBA season when they go to North Carolina to play LaMelo Ball and the Charlotte Hornets.
NBA・9 DAYS AGO
AllPacers

Check Out The Photo The Pacers Tweeted Of Malcolm Brogdon

The Indiana Pacers shared a photo of Malcolm Brogdon in a Tweet on Sunday morning, and the photo can be seen in the post embedded below from the team. The Pacers begin their season in just over a month on October 20 in North Carolina against LaMelo Ball and the Charlotte Hornets.
NBA・8 DAYS AGO

The Indiana Pacers had a very disappointing season. They moved on from their head coach Nate McMillan at the end of the 2019-20 season and hired Nate Bjorkman. The Pacers signed him to a four-year deal which they have since terminated and hired ex-Dallas Mavericks head coach Rick Carlisle. When...
NBA・7 DAYS AGO
Yardbarker

One Month Away? Check Out The Photo The Indiana Pacers Tweeted On Monday

The Tweet had three hourglass emojis, and then a photo that said "One month until tip off." In the photo were Pacers stars Malcolm Brogdon, Myles Turner, T.J. Warren, Caris LeVert and Domantas Sabonis. The Pacers tip off their season in Charlotte, North Carolina, on October 20, which happens to...
NBA・7 DAYS AGO
ClutchPoints

Pacers’ Myles Turner speaks out on not getting defensive recognition

Indiana Pacers center Myles Turner led the NBA in blocks for the second time this season. With a career-high 3.4 blocks per game. He’s one of the league’s most prominent defenders, but he’s only looked at as a rim protector. In an exclusive interview with ClutchPoints, Turner opened up about...
NBA・5 DAYS AGO
sport.one

Pacers’ up-and-coming guard suffers offseason injury. Indiana Pacers’ young talented shooting guard Edmond Sumner has sustained an Achilles injury that will surely keep him out of the upcoming 2021-22 NBA season. As per an update released by the team’s official Twitter account, they said that Sumner suffered the unfortunate torn left Achilles injury during an offseason workout on Thursday.
NBA・9 DAYS AGO

Basketball has a ton of hidden rules that players all over the world follow. For example, when players make a shot, the rebounder has to give them their change by passing it back to them. Hidden rules don’t end once players make it to the NBA. More hidden rules are added once pros begin their NBA journey. Just ask Myles Turner of the Indiana Pacers and pro hoops veteran DeMarcus Cousins.
NBA・5 DAYS AGO
International Business Times

Darren Collison is a proven player in the NBA, and most were shocked by his decision to retire in 2019. Collison was one of the select names to be linked to the Los Angeles Lakers when word got out he was considering to come out of retirement. Before he announced...
NBA・6 DAYS AGO
basketball-addict.com

Players have to earn respect in the NBA. If they aren’t respected, they will be a target opposing teams pick on. Since he was a rookie, Indiana Pacers big man Myles Turner has received a ton of respect from peers; from the media, not as much as he believes he deserves. In a recent interview […] The post Pacers’ Myles Turner talks NBA Draft, rookie year, blocking LeBron, and more appeared first on ClutchPoints.
NBA・5 DAYS AGO
chatsports.com

The Indiana Pacers had four players listed in ESPN’s preseason Top 100 players for the 2021-22 NBA season. Despite missing the playoffs last season, the Pacers have quite a bit of representation on this ranking and that should excite fans heading into the new season. Shockingly, T.J. Warren was not...
NBA・3 DAYS AGO
CBS Sports

There are two types of teams in the Central Division: the Milwaukee Bucks, and teams that lose to the Milwaukee Bucks. As the Action Network's Matt Moore recently noted, the Bucks are a preposterous 38-4 against teams in their own division since Mike Budenholzer took over as head coach. Not one non-Milwaukee Central Division team reached the playoffs last season.
NBA・5 DAYS AGO
AllPacers

Former NBA player Metta World Peace (formerly Ron Artest) sent out a Tweet about the Indiana Pacers on Thursday. The post from Peace can be seen in a Tweet that is embedded below from his Twitter account. He quote Tweeted a Tweet from the Pacers that had a clip of...
NBA・3 DAYS AGO
NBA

INDIANAPOLIS – The Indiana Pacers will tip off the 2021-22 season Monday as they will hold Media Day at the Ascension St. Vincent Center, the team’s practice facility. The Pacers will open training camp with their first practice Tuesday, September 28. Practice times will be communicated prior to each practice.
NBA・1 DAY AGO
ClutchPoints

Phoenix Suns All-Star Devin Booker and his girlfriend Kendall Jenner were reportedly made witness to a road accident that proved to be fatal. According to Teresa Roca of The U.S. Sun, the Suns star was traveling with Jenner last week in Biloxi, Mississippi, when traffic reached a standstill. The couple exited the vehicle and caught a glimpse of a tragic accident that forced motorists to a screeching halt.
NBA・22 DAYS AGO

AllPacers is a FanNation channel dedicated to covering the Indiana Pacers