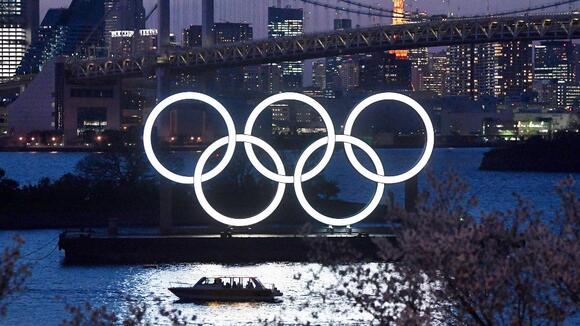 Members of the German gymnastics team wore body-length unitards during their qualifier at the Olympics on Sunday in defiance of the “sexualization” of female athletes, The Associated Press reported.

The team members wore unitards that covered most of their bodies instead of the normal bikini-cut leotards female gymnasts wear while competing.

The team first wore the same unitards during the European Artistic Gymnastics Championships in April, according to the AP.

German gymnast Sarah Voss told the AP that the team made the decision to go with such uniforms again before the Olympic meet, stating that the athletes wanted to feel “amazing” while performing.

“We sat together today and said, OK, we want to have a big competition,” Voss said. “We want to feel amazing, we want to show everyone that we look amazing.”

Voss also said that gymnastics customs should evolve for female athletes as they age, the AP reported, noting that the German gymnastics teams include several athletes who are older.

The Tokyo Olympics are the first Summer Games since the conviction of former USA Gymnastics national team doctor Larry Nassar, who sexually abused hundreds of female gymnasts, some of them Olympians, during his tenure.

The Norwegian women’s beach handball team received a fine for opting to wear skin-tight shorts instead of bikini bottoms during European tournaments just days before the Olympics began, the AP noted.

'Lucky to be part of Olympic bronze medal team'

New Delhi [India], September 14 (ANI) Indian men's hockey team forward Shamsher Singh, who played a crucial role in India's Bronze Medal-winning campaign at the Tokyo Olympics, expressed that he is very fortunate to have had the chance of playing in the biggest sporting event during the nascent stage of his career.
SPORTS・14 DAYS AGO
mymodernmet.com

Olympic gymnast Simone Biles has made countless headlines over the last several weeks due to her difficult decision to withdraw from some of her events during the Tokyo Olympics. The decorated medalist ultimately received overwhelming support for her decision, with many praising her courage and bravery in speaking out about mental health as an athlete. However, there have still been quite a few critics who have tried to downplay the circumstances, with some even calling her a quitter. But she isn’t having any of that.
GYMNASTICS・14 DAYS AGO
Essence

Chiles on her friendship with the GOAT and what's next for the burgeoning gymnast, including attending UCLA and the 2024 Olympics. The Olympics may have ended in July, but that doesn’t mean star gymnast Jordan Chiles is getting much rest. The 20-year-old, who won a silver medal with the U.S. women’s team in Tokyo, is still on the move, but this time, without her teammates.
GYMNASTICS・14 DAYS AGO
utdailybeacon.com

On Monday, Sept. 13, the six-time Olympic medalist winner and two-time Olympic team captain Aly Raisman spoke to students on her experience in the sport of gymnastics at the Student Union. Students gathered in the Student Union, visibly excited to listen to Raisman tell her story. Moments before Raisman entered...
CELEBRITIES・13 DAYS AGO

Laurie Hernandez: How my Puerto Rican heritage helped me become an Olympic gymnast

For Olympic gymnast Laurie Hernandez, being Puerto Rican in a Caucasian-dominated sport has never felt like a setback. If anything, her heritage helped pave the way for her remarkable gold medal-winning career. “Being brought up by two Puerto Rican parents, it added some flair into everything I do,” said Hernandez,...
ENTERTAINMENT・12 DAYS AGO
live5news.com

WASHINGTON (Gray DC) - “Since I was a child I always had a dream of competing for my country in the world championships and Olympic Games,” said former gymnast Maggie Nichols before Congress Wednesday. Nichols is one of the most decorated college athletes in history. Team USA superstar gymnast Simone...
CONGRESS & COURTS・12 DAYS AGO
tucson.com

There’s nothing quite like coming home. MyKayla Skinner arrived at Phoenix Sky Harbor Airport just days after winning the silver medal in the vault at this summer’s Olympics, where she was met by a large contingent of family, friends and fans. They cheered and took photos with their new Olympic star.
TUCSON, AZ・13 DAYS AGO
Fox News

Olympic champions, heroes to young women and girls across the nation for their athletic achievements, on Wednesday served as champions for survivors of sexual abuse as they demanded accountability for those who enabled Larry Nassar, who abused them and dozens of others for years. Simone Biles, McKayla Maroney and Aly...
POLITICS・12 DAYS AGO

The biggest victory of the year for Oregon State athletics is already in the books, but it didn’t occur on United States soil, and the athlete responsible hasn’t even competed for the Beavers yet. While she may not have donned an Oregon State uniform during her appearance in the Tokyo...
OREGON STATE・11 DAYS AGO
The Week

Former Olympic gymnast Dominique Dawes spoke to MSNBC Wednesday regarding the Senate hearing on the FBI's botched investigation into abuse allegations against former USA Gymnastics doctor Larry Nassar. "The sport of gymnastics, USA gymnastics has all been about medals and money," said Dawes. She added that her Olympic team's win...
SPORTS・12 DAYS AGO
The Independent

Athlete Simone Biles is set to testify before a Senate committee looking into the FBI’s handlind of abuse allegations against former Olympic gymnast team doctor Larry Nassar.Nassar, who is currently serving a 40 to 175-year prison sentence for seven counts of first-degree criminal sexual conduct, was accused of abuse by more than 150 women – including Ms Biles and fellow gymnast stars Aly Raisman, McKayla Maroney and Maggie Nichols, who are also to testify on Wednesday (15 September).The Senate Judiciary Committee is looking into the allegations made against Nassar in 2015, and a Department of Justice Inspector General’s report...
POLITICS・12 DAYS AGO
kion546.com

LAUSANNE, Switzerland (AP) — Olympic teams have been urged by the IOC to request more Chinese and Pfizer vaccines ahead of the 2022 Beijing Winter Games. The Games open on Feb. 4 and will be held in the country where the coronavirus outbreak started. The International Olympic Committee first announced a vaccine rollout program with Chinese authorities for athletes and officials in March. Chinese vaccines were bought by the IOC and also made available for delegations heading to the Tokyo Olympics from countries which had approved them for use. About 100 countries are likely to compete at the Beijing Olympics. There were 205 national teams in Tokyo. Vaccination is encouraged but not mandatory.
SPORTS・10 DAYS AGO

Serial sexual assailant Larry Nassar has been behind bars since 2017, but the fallout from the case continues. On Wednesday, American gymnasts Simone Biles, McKayla Maroney, Maggie Nichols and Aly Raisman testified before members of the Senate Judiciary Committee in Washington, with their remarks focused on the failure of certain FBI agents to take their complaints seriously. The delays in acting on the women's charges allowed Nassar to molest more women.
WASHINGTON STATE・11 DAYS AGO
Elle

Angelina Jolie Blushes As Elle Fanning Confesses What It’s Like To Know The Real Angelina. Angelina Jolie has paid tribute to the gymnasts who stood before the Senate Judiciary Committee on Wednesday. This week, Jolie visited Capitol Hill to meet with athletes McKayla Maroney and Aly Raisman. Alongside Simone Biles,...
CELEBRITIES・8 DAYS AGO
Fatherly

The testimony before the Senate Judiciary Committee looking into the FBI’s failure to act when it was notified of former USA gymnastic coach Larry Nassar’s sexual abuse claims has begun. Some of the most high-profile athletes involved in the case agreed to testify and their opening statements were read today.
U.S. POLITICS・12 DAYS AGO
theScore

Women's worlds to be held in Olympic years

The Women’s World Championship will now be held annually, including in Olympic years, the IIHF announced Wednesday. In non-Olympic years, the competition will be held in March and April, and it will take place in August during Olympic years. The change was made because holding two tournaments over two months isn't feasible, as most players maintain day jobs.
HOCKEY・5 DAYS AGO
Life and Style Weekly

Olympic gymnast McKayla Maroney is known both on and off the gym floor. The elite athlete testified against gymnastics doctor Larry Nassar in January 2018 and cemented her status as a hero for all victims of sexual abuse. Additionally, her skills as a gymnast are nearly unparalleled — but how much money does the California native have?
CELEBRITIES・5 DAYS AGO
KKTV

US Women's National Soccer Team players, coach say it's time to 'close the Olympics chapter' ahead of match against Paraguay in Cleveland on Thursday

Thursday's friendly game will be Team USA's first match since winning the bronze medal at the delayed 2020 Tokyo Olympics, in August 2021
CLEVELAND, OH・12 DAYS AGO